Without mentioning Ukraine, Damares Alves defends the Bolsonaro administration at the UN

Addressing topics from the minister’s well-known conservative agenda, the speech casts doubt over Brazil’s position on the war 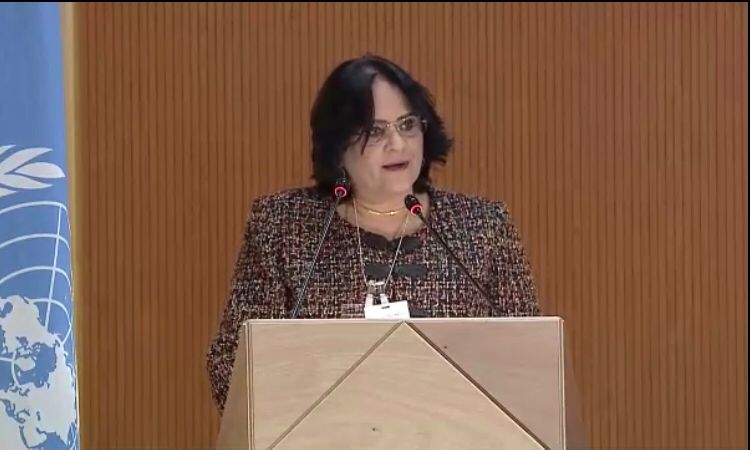 In an address at the opening of the 49th session of the UN Human Rights Council, in Geneva (Switzerland), the Minister of Women, Family and Human Rights, Damares Alves, spoke in defense of the Bolsonaro government while completely ignoring the war in Ukraine.

Raising well-known issues from the minister’s ultra-conservative agenda, such as the defense of life from conception, the speech exposes Brazil’s ambiguous position on what is one of the largest military conflicts in recent history, with serious human, social and economic implications.

According to Camila Asano, program director at Conectas, the speech places Brazilian diplomacy in a position of even greater international irrelevance.

“After Bolsonaro’s disastrous trip to visit Russian President Vladimir Putin just before the outbreak of the war, it was hoped that Brazil would adopt an unequivocal position before the international community, particularly since the country voted in favor of the Security Council resolution just days ago,” said Asano. “It is shocking that a senior government representative stood at the UN rostrum in the midst of a serious global crisis to give a perfunctory speech addressing only a domestic agenda,” she added.

Asano also pointed out the incongruity of the minister’s speech, by using the international rostrum to respond to a statement from the UN Subcommittee on Prevention of Torture, which in a visit to Brazil earlier this month urged the country to comply with its international obligations and abandon its decision to dismantle the National Mechanism to Combat and Prevent Torture.

“The minister said that the National Mechanism to Combat and Prevent Torture was fully functional, whereas all of civil society has watched closely the attempts to dismantle and interfere in the body during the Bolsonaro administration, including an attempt to dismiss its independent experts and obstruct their work,” said Asano.

As a former member of the National Committee to Combat and Prevent Torture, Conectas closely followed the problems encountered by the Mechanism during the Bolsonaro administration. Read here an article that explains the series of attempts to dismantle the body.

As expected, Minister Damares Alves once again defended life from conception, praising the international alliance known as the “Geneva Consensus”.

Created by Brazil and the United States, the initiative that was heralded as an international agreement for the promotion of women’s health actually presents a vision that runs counter to sexual and reproductive rights, in particular on abortion.

The agreement has already been abandoned by the administration of US President Joe Biden, leaving Brazil isolated with ultraconservative countries on the gender agenda, namely Russia, Saudi Arabia, Uganda, Iraq and Hungary.

In January, an article published in the newspaper Folha de S.Paulo by Conectas and Sexuality Policy Watch detailed the problems of this alliance. Read the article in full here.