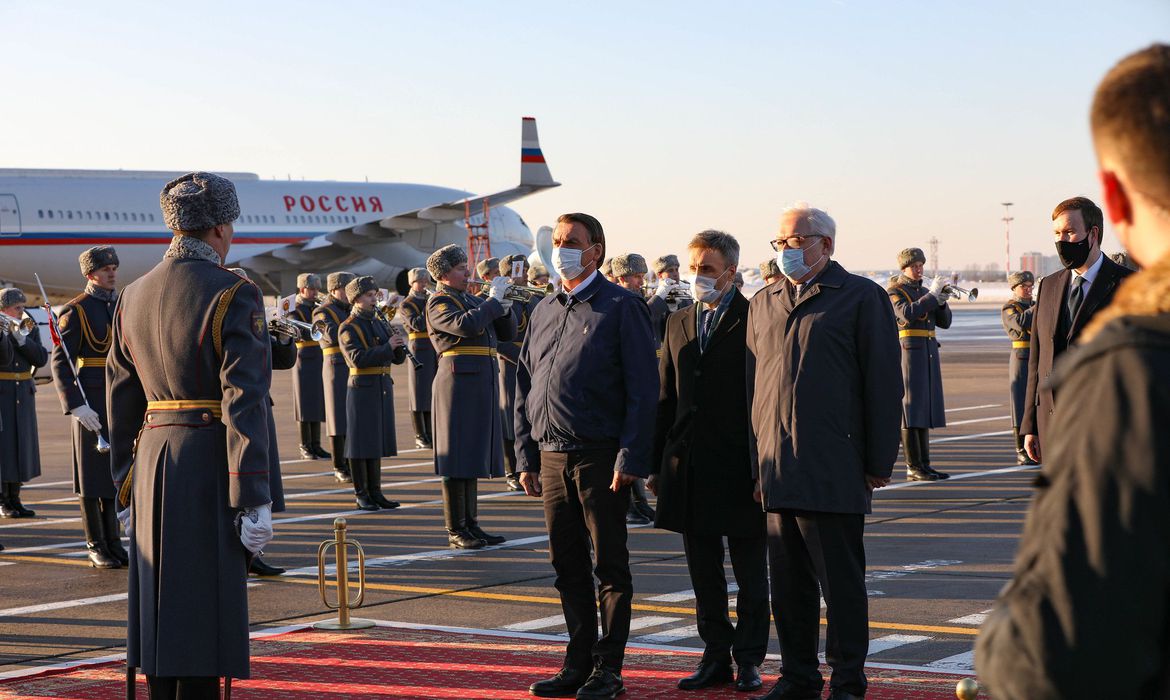 President Jair Bolsonaro arrives in Europe this Tuesday (February 15) for a visit to Russia and Hungary. The official agenda includes meetings with the Russian president Vladimir Putin and the Hungarian prime minister Viktor Orbán; visits with lawmakers and meetings with business leaders are also on the itinerary.

With trade justifications, the Brazilian delegation arrives in Moscow against a backdrop of military tension between Russia and neighboring Ukraine, and involving the United States and other NATO (North Atlantic Treaty Organization) countries. The second announced destination is Budapest, the Hungarian capital. It is worth noting that Brazil has the status of a Major Non-NATO Ally of the United States.

In addition to the military issues between European countries and the possible trade issues to be addressed, the presidential trip has another layer to be considered: the matter of human rights and defense of democracy. According to Camila Asano, program director at Conectas, “Bolsonaro will meet with political leaders in two countries that are notorious violators of rights, in particular the rights of sexual and gender minorities; a situation that is also occurring in Brazil”.

“The affinity between Russia and Brazil when it comes to attacks on human rights is quite clear within the UN,” added Asano. “Over the past three years, Brazilian and Russian diplomacy has formed alliances against key proposals for the recognition of the fundamental rights of women.”

Asano went on to say, “in the case of Hungary, Bolsonaro and Orbán have a similar stance and discourse against democracy, ranging from attempts to undermine state institutions to offensives against members of civil society and academics”.

The Hungarian leader’s anti-democratic acts are also viewed as examples to be emulated in Brazil by allies of the Brazilian president. Federal Congressman Eduardo Bolsonaro at one point considered the prime minister of Hungary a reference.

The role of Brazil and Russia in the anti-gender agenda

Since 2019, there has been a rapprochement between Brazil and Russia in negotiations in the Human Rights Council and other United Nations bodies, especially in the so-called agenda against women’s rights.

In July 2020, Brazilian diplomacy joined Russia and other countries known as rights violators to remove passages from a UN Human Rights Council resolution that deals with measures to prevent discrimination against women and girls.

One of the passages opposed by Brazil and Russia states that access to the human rights of women must include “sexual and reproductive health rights, free of coercion, discrimination and violence”. Moreover, Brazil opted to abstain in other problematic proposals submitted by Russia, Egypt and Saudi Arabia.

Another rapprochement between the countries occurred early this year, when Russia joined the so-called Geneva Consensus, an anti-abortion alliance that stands against the human rights of women and girls formed by just 36 countries. The so-called consensus was created in 2020 by the United States in Geneva (Switzerland) during the Trump era, with the full support of Brazil. With the election of Joe Biden to the White House, the US left the group and Brazil took the leadership, with the primary mission of including new countries, as happened with Russia.

“Ignoring international commitments signed by Brazil and in contravention of the constitutional definition of the right to life, the Geneva Consensus has been used by the government as an instrument to promote the ultra-conservative agenda led by Damares Alves, Minister of Women, Family and Human Rights,” wrote, in an article published in the Folha de S.Paulo newspaper, Sonia Corrêa, coordinator of Sexuality Policy Watch, and Gustavo Huppes, international advocacy advisor at Conectas.

The Brazilian government has also joined the Russians on other issues. The two countries voted against a resolution of the UN Commission on Narcotic Drugs that, in December 2020, stopped classifying marijuana as a dangerous narcotic and recognized its therapeutic uses. Brazil justified its vote by saying that it has a “zero tolerance policy on drugs” and that medical use could increase its consumption. Another 27 countries voted for the measure, which was approved.

Bolsonaro and Orbán against sexual and gender minorities

On the international stage, the Brazilian and Hungarian leaders are recognized as two proponents of policies against human rights and the deterioration of democratic values.

Just like what is happening with Russia, the Brazilian government and its allies across Brazil are also joining with the Hungarians behind the anti-gender agenda. Legislation approved in Hungary that attempts to restrict an alleged “homosexual propaganda” is being used as inspiration for proposed legislation in various states in Brazil, which intend to ban advertising and news about sexual diversity, according to the report “Anti-gender offensive in Brazil”, produced by Conectas, Sexuality Policy Watch and other organizations.

The Foreign Ministry, at the time under the command of Ernesto Araújo, established contact with Hungarian ultra-conservatives on the religious agenda. At an international event on the persecution of Christians, representatives of the Brazilian government defended religion as a State policy, in a blatant attack on the principle of the Secular State, which is enshrined in the Brazilian Constitution. “This ultra-conservative view of religion present in both countries, in particular Christianity, ignores the plurality of the religious field and serves to attack the rights of different social groups,” said Asano.

Attacks on the press and on universities

Media organizations and universities are also the preferred targets of attacks in both the Eastern European and South American countries. In power since 2010, Orbán has already closed media outlets, such as the country’s first independent radio station, and transferred control of at least 11 public universities to foundations connected to allies of his government.

“Aversion to press freedom and anti-intellectualism also echo in the Brazilian government and its support base. Almost daily, we receive news of such discourse and actions, either by the president himself or by ministers. Added to this are arbitrary decrees and bills with no constitutional basis that attack rights to health, education and migration, among others,” said Asano.

Political use of the Covid-19 pandemic

Another strategy employed by both Bolsonaro and Orbán is the use of the Covid-19 pandemic to push through measures against fundamental rights. While in Brazil, the government has issued measures with no constitutional basis on different issues with the justification of controlling the spread of the virus, such as the discriminatory border closure decrees, the Hungarian government secured extraordinary powers to govern by decree without establishing a time limit or any type of control by other social actors.

According to Asano, of Conectas, although Brazilian civil society has had victories in Congress and in the Judiciary, it is important to observe the moves of the Brazilian government, including internationally, in an important election year for Brazilian democracy.