The importance of the Mechanism for the Combat of Torture 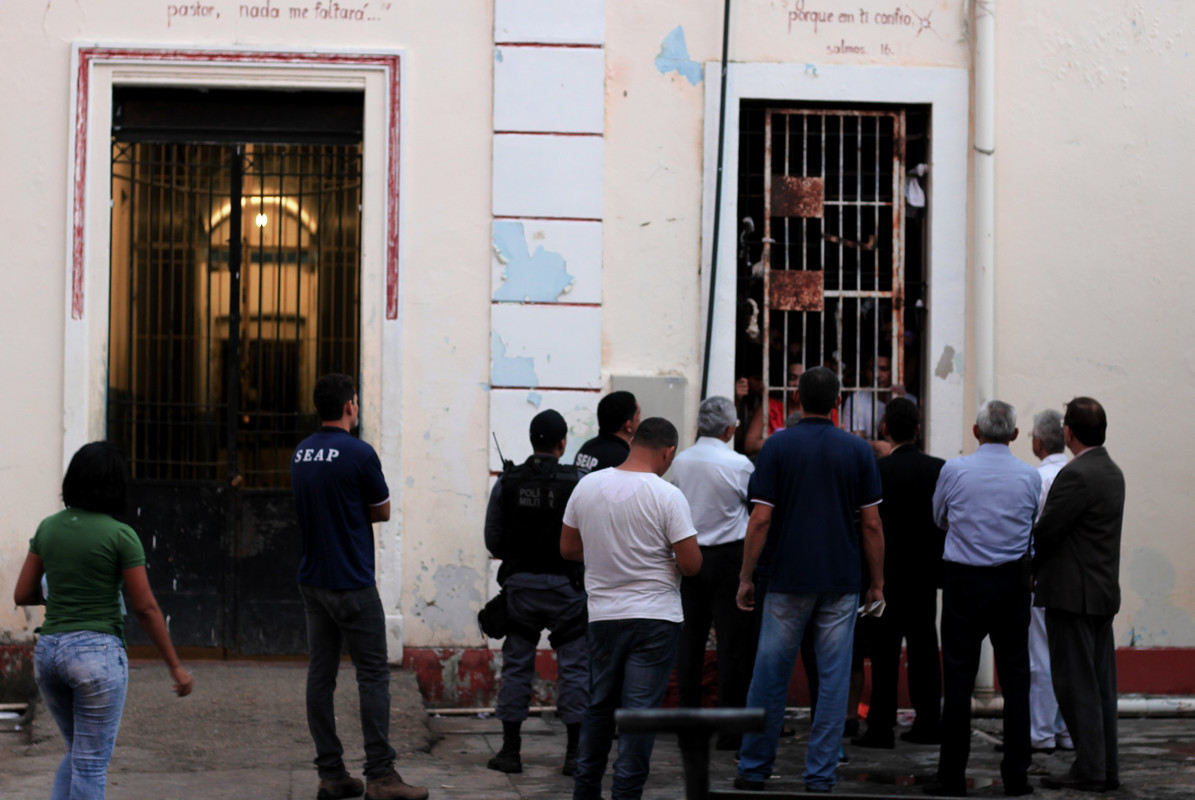 On Friday 9 August the Rio de Janeiro Federal Justice Department suspended a decree by president Jair Bolsonaro (PSL) that abolished the positions of the eleven experts selected to work on the National Mechanism for the Prevention and Combat of Torture (MNPCT). The executive text, published on 11 June, not only abolished the posts but also states that functions carried out by the organisation will henceforth be considered as ‘unpaid provision of relevant public service’.

“In practice, the decree represented the extinction of the principal mechanism for the inspection of prisons in Brazil. The government is attempting to further undermine an organisation that is essential in improving the desperate conditions in Brazilian prisons.” Said Henrique Apolinário, Lawyer at Conectas and a Member of the National Committee for the Prevention and Combat of Torture (CNPCT).

Judge Osair de Oliveira Jr’s injunction, at the 6th Federal Court of Rio de Janeiro, now states that the specialists must be reinstated to the positions they were commissioned for, with pay.

The National Mechanism for the Prevention and Combat of Torture is evaluated by human rights organisations that work on the issue of prison systems as being an essential tool for seeking the eradication of violations in prisons and reducing the risk of further riots by prisoners, like the recent massacre in Altamira (PA), that left at least 60 dead.

The National System for the Prevention and Combat of Torture

The MNPCT is part of the National System for the Prevention and Combat of Torture, approved in Law 12.847, on 2 August 2013 and attached to the Ministry for Women, Family and Human Rights.

The organisation is composed of eleven independent experts who have unrestricted access to institutions for the deprivation of liberty, such as detention centres, prisons, psychiatric hospitals, old people’s homes, correction centres and military disciplinary detention centres.

When the experts identify violations, they put together reports with recommendations to other relevant authorities who can then use these to adopt the necessary provisions. Therefore, their role is to inspect and monitor prisons and other centres for the deprivation of liberty.

Its implementation meets the international commitment made by Brazil in 2007 when it ratified The UN Optional Protocol to the Convention against Torture and other Cruel, Inhuman or Degrading Treatment or Punishment.

The system also includes the National Committee for the Combat of Torture which is composed of 23 members, 11 of whom are representatives from Federal Executive organisations and 12 from advisory boards of professional groups and civil society organisations. Conectas has been on the Committee since 2016.

The CNPCT is an advisory board. It is responsible for proposing actions for the prevention and combat of torture, contributing to other organisations, such as the MNPCT itself, monitoring normative proposals and maintaining a database of denouncements and judicial decisions. However, this group is responsible for selecting the members of the Mechanism.

There are other institutions that make up the National System for the Prevention and Combat of Torture, such as Depen (National Penitentiary Department), organisations of the Justice System and community committees – groups of volunteers, such as prisoners’ families, tradespeople, religious groups and lawyers with the aim of collaborating with crime enforcement policies.

The full functioning of the system depends, however, on state Committees and Mechanisms being set up, that are also aimed at the prevention and combat of torture. The creation of these organisations has to be approved by Legislative Assemblies in each state, by means of a bill of law and sanctioned by the governor.

Once they have been sanctioned, the executive head of the state must also nominate the professionals who have been selected by the Committee so they can then work officially in the Mechanisms. In practice, the lack of this nomination prevents the system from operating. This is the case in Maranhão, where a law that was approved and sanctioned in 2018 is still awaiting nomination of experts.

Only Rio de Janeiro, Paraíba, Pernambuco and Rondônia have their own mechanisms. In São Paulo, the state with the highest number of people imprisoned, in the country (226 thousand / infopen, June/2017), a law was approved in December 2018 by the São Paulo Legislative Assembly (Alesp) providing for the creation of the institutions, but was vetoed outright by the governor João Dória Jr. (PSDB).

One of the most emblematic actions by the National Mechanism for the Prevention and Combat of Torture was in 2015 when the experts delivered a report to the government in which they denounced the precarious conditions and the tense atmosphere at Compaj (Anísio Jobim Penitentiary Complex), in Manaus (AM).

The experts stated that the complex was 697 prisoners over capacity and stressed the fact that Compaj relied on officers from a private company, Umanizzare, to carry out on site security. Analysis of this organisation showed inadequate training, precarious working conditions, high turnover and an insufficient number of security staff – only 153 were working on the day of the visit, compared with the 250 people in the contract.

The document was ignored and two years later one of the worst massacres in the Brazilian prison system happened. Less than three months ago, the same prison recorded around 55 deaths under similar conditions.