See the drawbacks of Military Justice, the institution responsible for judging the armed wing of the State

A technical report prepared by Conectas and FGV Diversidade provides a historical, technical and practical analysis of the courts run by the Military Forces 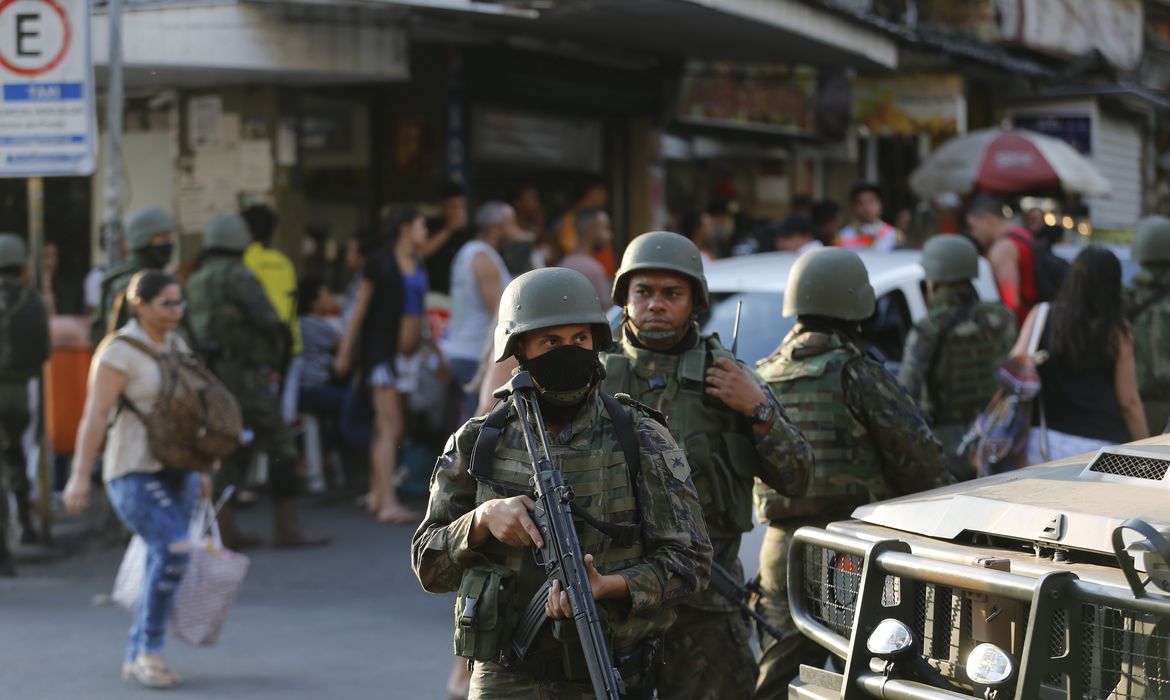 At the scene, a 53-year-old black woman is totally immobilized on the ground while a military police officer steps on her neck with his full weight, as if he was trying to leave the mark of his boot. The episode – which resembled the case of George Floyd in the United States – was filmed by a mobile phone and took place in 2020, in the southside of São Paulo. According to the complaint by the São Paulo Public Prosecutor’s Office, before being restrained, the victim was punched three times and kicked in the leg, fracturing her tibia. In August 2022, the Military Justice system in the state of São Paulo acquitted the police officer responsible for the torture, João Paulo Servato. The judgment was carried out by four Military Police officials and a civil judge.

According to the Annual Report on Brazilian Public Security, in 2020 alone at least 6,416 civilians were killed as a result of police interventions (military and civil). But there is not always accountability for the abuses. Nearly 70% of cases brought before the Military Justice system result in acquittals, according to research by the Metrópoles website that used data from the Superior Military Tribunal in the period between 2015 and 2017.

“Experience has shown that Military Justice is often lenient and biased when judging military personnel for crimes related to human rights violations, but tends to be disproportionately harsh when defendants are civilians accused of committing military offenses – such as contempt, disobedience or resistance of military personnel involved in public security activities,” wrote in the Folha de S.Paulo newspaper the lawyers Daniel Sarmento, a professor at UERJ (Rio de Janeiro State University), and Gabriel Sampaio, coordinator of strategic litigation and the Program to Combat Institutional Violence at Conectas.

As the Technical Report shows, the Military Justice system has, since its inception, presented issues that have not been well developed. Its roots are in Portuguese law and it was set up after the arrival of the royal family to Brazil in 1808 and the same Portuguese rules were imported without taking into consideration the reality in the colony. Over time, the system was refined, especially during the period of the military dictatorship. “During these years, it was established in AI-2 [Institutional Act No. 2] and other acts that the military justice system would have jurisdiction over offenses provided for in the National Security Law and that its authority would be expanded to judge civilians,” reads the report.

One soldier transgresses, another exonerates

The Military Justice system currently consists of two instances: the Military Justice Councils, which are lower courts formed by four active officers and one civil judge; and the Superior Military Tribunal, formed by 15 justices, the majority of whom are active military personnel.

Another problem is that, despite being trained at the Army’s School of Health and Complementary Training, career officials are not required to have interned or worked in the area, meaning they can be selected for a trial without ever having had experience with any legal issues.

Furthermore, even though the Military Justice system is part of the Judiciary, and therefore subject to its rules, because of these drawbacks the treatment given to cases by military judges is inconsistent. “What has been shown in this document is that, despite being under the rules of the Judiciary, through the concept of escabinato [body of both civil and military judges], the judges bring hierarchy into the judgments of the Military Justice system. It is undeniable that the trials ultimately protect the military hierarchy and jurisdiction,” reads the Technical Report.

Military Justice in other countries

The report prepared by Conectas and FGV Diversidade also makes a comparison with the way the Military Justice system is organized in various Latin American countries, in the United States and also in Cape Verde, which like Brazil also has a history of Portuguese colonization. It is possible to note, therefore, that these countries handle crimes committed by the military in very different ways. In the Cape Verde archipelago, for example, the Military Justice system consists of a single organization, the Military Court of Sole Instance, which is made up of just three judges, two military officers and one non-military judge-ombudsman.

Whereas in the United States, unlike in the Civil Justice system, military commanders use their discretion when deciding whether a crime should be prosecuted and how offenders should be punished, in countries like Argentina an international body of judges was established with the help of the UN to judge war crimes and civilians cannot, under any circumstances, be tried by military courts.

By conducting a historical, technical and practical analysis of the Military Justice system, Conectas and FGV Diversidade draw attention to the cases of abuse and highlight the importance of vigilance by civil society with regard to accountability for people who have the training and legitimacy to use force on behalf of the State.