The document evaluates the bill for environmental licencing as a setback and points to paths for strengthening socioenvironmental protection. A version in Portuguese by Conectas is now available. 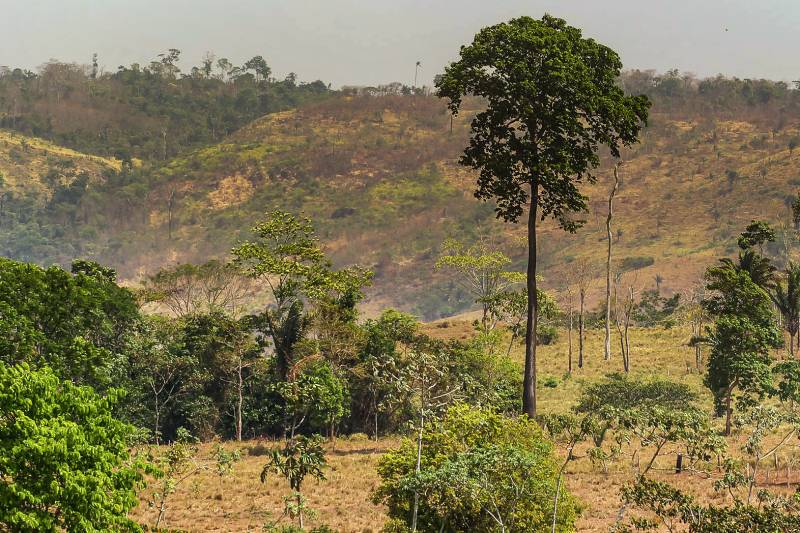 “Brazil´s green future is underway”, the environment minister, Joaquim Leite announced at COP-26, in November, highlighting the objective to reduce pollutant gas emissions by 50%, by 2030 and to end illegal deforestation by 2028. Two days after his speech, the National Institute for Space Research (Inpe) revealed that Brazil has registered a new record for areas of deforestation.

The published figures show that in October, 877 km2 of Legal Amazônia were on deforestation alert. This is 5% greater than in the same month in 2020, the highest level for the period, since data started being published, in 2015.

The gap between the government´s discourse and their practices reveals some of the difficulties Brazil is having in walking the path towards its entry into the OECD (Organisation for Economic Cooperation and Development) — a desire formulated by the country in 2017.

The OECD is made up of 36 countries and assists in the development of its member-countries, fostering actions aimed at financial stability and improving social indicators. In practice, being part of the organisation is like receiving a ‘seal of quality´ for the economy which increases the chances of attracting investors, for example. It is no coincidence that Jair Bolsonaro´s government are focusing on this in terms of foreign policy.

However, in order to be accepted as a full member, Brazil will have to demonstrate the capacity to comply with the organisation´s best practices for governance.

In July, the OECD Environment Policy Committee published a report, which has been translated into Portuguese by Conectas, showing the degree of Brazil´s alignment with some of its legal instruments. Although the country has not yet started the entry process, the document will serve as the basis for future proceedings. It is an evaluation of what the country has been doing since 2015, when the organisation published another report with recommendations for Brazil.

Criticism of the Bill of Law on Environmental Licencing

Above all, the report contains criticisms of policies that are deeply misaligned with OECD guidelines, with record deforestation in October, just one effect of these policies. One of the highlights of the document are the criticisms levied at Bill of Law nº 2159/2021, known as the Bill of Law on Environmental Licencing or “PL da Boiada”. This nickname is a reference to a well-known incident that took place in a ministerial meeting in April 2020. The then minister for the environment, Ricardo Salles suggested taking advantage of media focus on the pandemic to push through measures to ease environmental regulations.

OECD specialists do not believe the legislative proposal corrects the flaws identified in the existing environmental licencing process, and, in practice puts an end to the obligatory nature of this important instrument for socioenvironmental policy in the country. Among others, the text of the bill of law allows for self-declared licencing, easing penalisation and restricting civil society participation in the licencing process.

The bill of law, is being analysed by the Senate, with the ´rural benches´ pushing for it to be passed as soon as possible. “If it is passed, the bill of law will lead to an increase in judicial insecurity, the risk of further socioenvironmental crimes like those in Mariana and Brumadinho in Minas Gerais and deforestation, distancing Brazil from compliance with the goals of the international climate treaty, the Paris Agreement”, says Júlia Neiva, coordinator of the Conectas Defence of Socioenvironmental Rights programme.

In May, over 60 civil society organisations sent a letter to the new secretary general of the OECD, Mathias Cormann, alerting him that the possible initiation of the process for Brazil to join the organisation “should not, in any way, be seen as approval of the current Brazilian government´s conduct regarding socioenvironmental policy and human rights”.

According to the OECD report, the country must firmly base itself on the objectives in guiding environmental actions. “It is important to highlight that Brazil is making limited progress in implementing the 2015 EPR (environmental performance review). Therefore, with some exceptions, these recommendations still stand. This means the federal government of Brazil must ensure that its executive organs and state and municipal authorities, comply more in speeding the progress up of implementing OECD best practices in the country.”

In the same COP-26 speech that minister Joaquim Leite announced new goals in Brazil, he also declared that “where there is a lot of forest, there is a lot of poverty”, demonstrating that the government´s understanding about the forest and wealth and poverty may still be very distant from the OECD´s legal instruments.