How quilombola communities view the projects

Loud noises, deaths of animals and personal conflicts are among the impacts suffered even by communities that decided not to lease their land 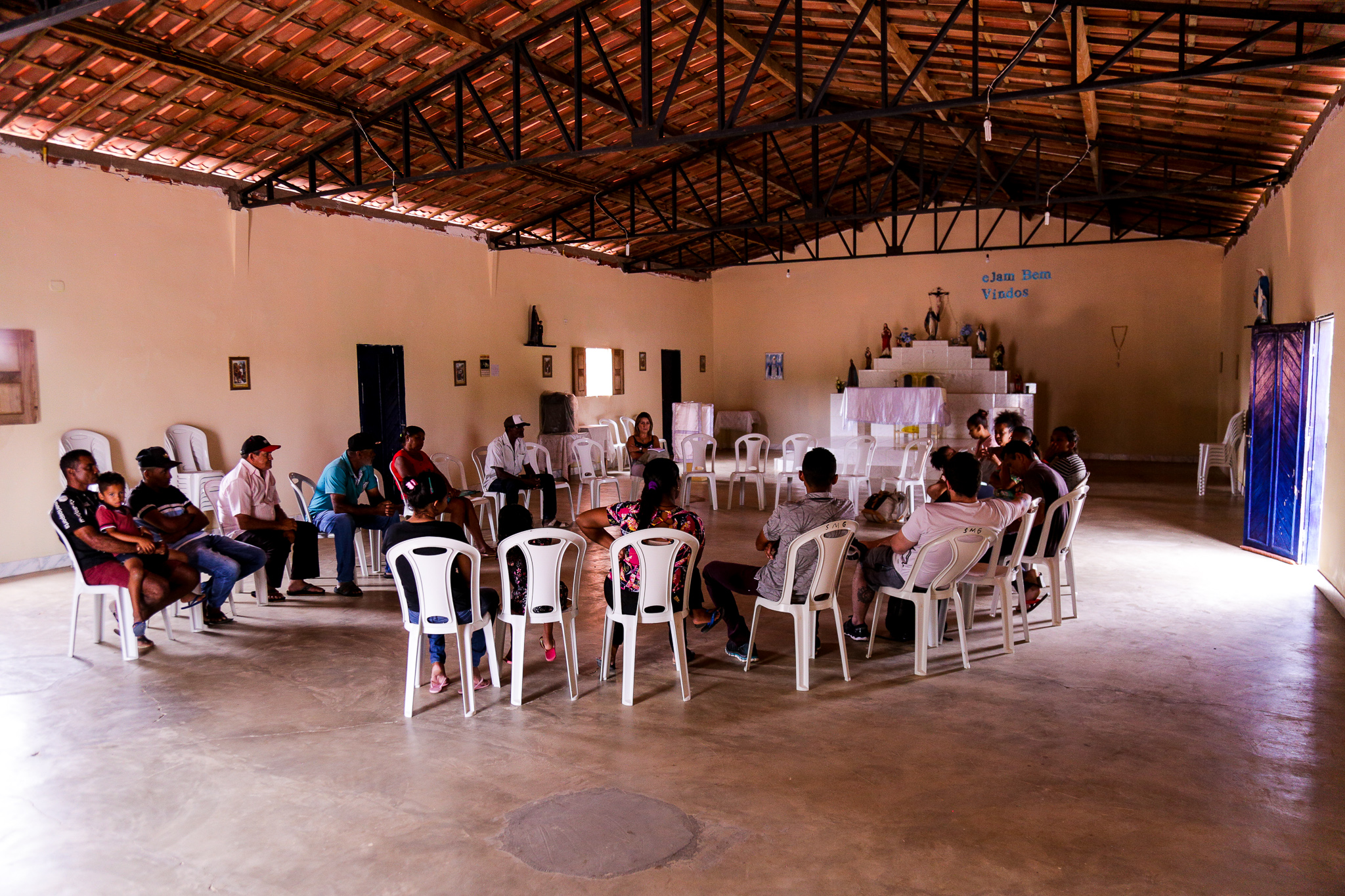 Alemberg is referring to the mid-20th century, a period when the people who previously inhabited the region around the Chapada do Araripe called it the “State of Cariri” and referred to themselves as the “People of Cariri”.

“The territory of Cariri was divided by the state borders of Pernambuco, Paraíba, Piauí and Ceará. But as far the Cariri people were concerned, it was a single territory. The Chapada, for them, represented the promised land for the peoples of this piece of the Brazilian northeast,” he added.

The term “Cariri” has indigenous origins. In Tupi, the main language family of the tribes of the sertão hinterland, “Kiri´ri” means “silence”. As things currently stand, part of what remains of the cultural heritage of the Cariri people is present in the Cariri Indians, who live in the Serra Grande community, located in the municipality of Queimada Nova, in the state of Piauí, nearly 550 km from the capital Teresina. The Cariri of Serra Grande were the first indigenous group in Piauí to have their territory officially demarcated, in August 2020.

Another part of the cultural preservation of the peoples of the Chapada do Araripe is present in the quilombola communities. This is the case of Serra dos Rafaéis, a quilombola community containing some 60 families located in the area that is part of the municipality of Simões, in Piauí. “Our concern is being left homeless, that the companies will take our homes. This is what concerns us,” explained Dalva de Jesus, a community leader.

“It is very clear for those of us who work with historically exploited peoples that their lives, their economy, culture and leisure, their entire world is attached to their land and how they identify with it. When people are worried that they might not be able to stay on their land, they are in fact concerned with their own existence as a people, which is a huge impact,” said Alexandre Andrade Sampaio, coordinator for Latin America and the Caribbean of the International Accountability Project.

Association for the defense of their rights

Apprehensive about the frequent visits by representatives of the wind power companies that covet the land given its so-called “wind potential”, the community leaders, most of them women, set up the Association of Remnants of Quilombola Communities of Serra dos Rafaéis and they use the village church to discuss and decide on actions to take with all the residents.

Video compiles accounts of residents and researchers who visited the region:

These discussions also address possible measures to be taken to offset the impacts of the installation of the towers on neighboring land. Literally surrounded by wind turbines, the inhabitants of the village suffer the same impacts as those who authorized the lease of their land. However, they do not enjoy the benefits of the lease contract or any assistance from the companies.

Among the main complaints are the loud noises made by the blades, which increase dramatically with the strength of the wind, even making it difficult for people to sleep.

Increased frequency of lightning and death of animals, particularly birds, are also cited as new incidents that have started to occur since the arrival of the wind farms in the region.

“One thing we want and that we are fighting for is our rights. We are calling on the owners of the farms and the people who work there to come and talk to us. Just as we opened up to them, they also need to see things from our side and provide us with some help, in some way,” said Dalva, president of the association.

However, whereas the Serra dos Rafaéis Quilombola Community has shown its ability to unite and claim their rights, not far away, the Serra da Mata Grande community, in the same municipality, is in a very different situation.

Like its neighbor, the village has also been targeted by the wind power companies in the process of expanding the Araripe III Wind Farm. However, without the necessary engagement to come together and discuss viable solutions for the whole community, residents started to receive frequent visits from commercial representatives of the companies.

The conversations conducted individually with each family have begun to generate a climate of mutual distrust between the inhabitants. Rumors have surfaced that one given resident may already be negotiating a lease or that the amount of the lease for one piece of land may be higher than for others.

Negotiations do not respect the community

“The dynamics of individual negotiation, without respecting the consultation timelines and processes established by the community, are an infringement of ILO Convention 169, which was adopted by the Brazilian State for the purpose of preventing the ongoing deterioration of the cultures and ways of life in the communities that form the national mosaic,” said Sampaio.

The negotiation strategy adopted by the companies led to the erosion of the community’s social and traditional ties as residents began to enter into negotiations on the terms imposed by whoever contacted them, overlooking any concern with their way of life and worldview.

A few years ago, the community filed a petition with the Palmares Foundation for recognition as a “Remaining Quilombola Community”, based on the family trees and their cultural manifestations and traditional celebrations.

“The proper recognition of these communities as traditional, quilombola communities is not only a matter of historical justice, it is also a mechanism for the recognition and fulfillment of their rights. It was through coordination between the quilombola communities that they managed to get priority vaccination, which illustrates the importance of external dynamics not destroying these processes,” said Julia Neiva, coordinator of the Defense of Socioenvironmental Rights program at Conectas.

However, as soon as representatives of the companies started to suggest that recognition of the community as a quilombola could prevent people from leasing their land, the residents themselves dropped the petition and stopped sending the necessary documentation for the certificate to be issued.

“They went from house to house, talking to people. There was a meeting with everyone, but by that point they had already been from house to house. When they went to my house, they said there would be no downside, only profit, which would be considerable,” said Adilson Lopes, a resident in the community.

There are residents who see the possibility of leasing their land as a way to receive an income for their subsistence, although this is not a consensus. Meanwhile, they acknowledge that they do not know what rights they will have once the contract is signed with the company.

Without any schools or healthcare facilities, the communities of Serra dos Rafaéis are examples of villages left to their own devices and that need to negotiate their future, on their own, with millionaire companies that see the power of the wind as an opportunity to make a fortune.

In November 2020, in a statement published by the company Votorantim, which has a joint venture involving the Ventos do Araripe III Wind Complex and the Vento do Piauí I Wind Farm, it announced that the net revenue from these projects had increased 6% in the third quarter of 2020 from the same period in 2019, to R$558 million.

According to Neiva, “this goes to show that even clean energy projects – which are supposedly less harmful – can have very serious effects on the lives of communities in the region when they are developed without social participation and without concern for the impacts they can have on people’s lives”.

The “owners” of the wind: read more articles from the series