How climate disasters are deepening inequality in Brazil 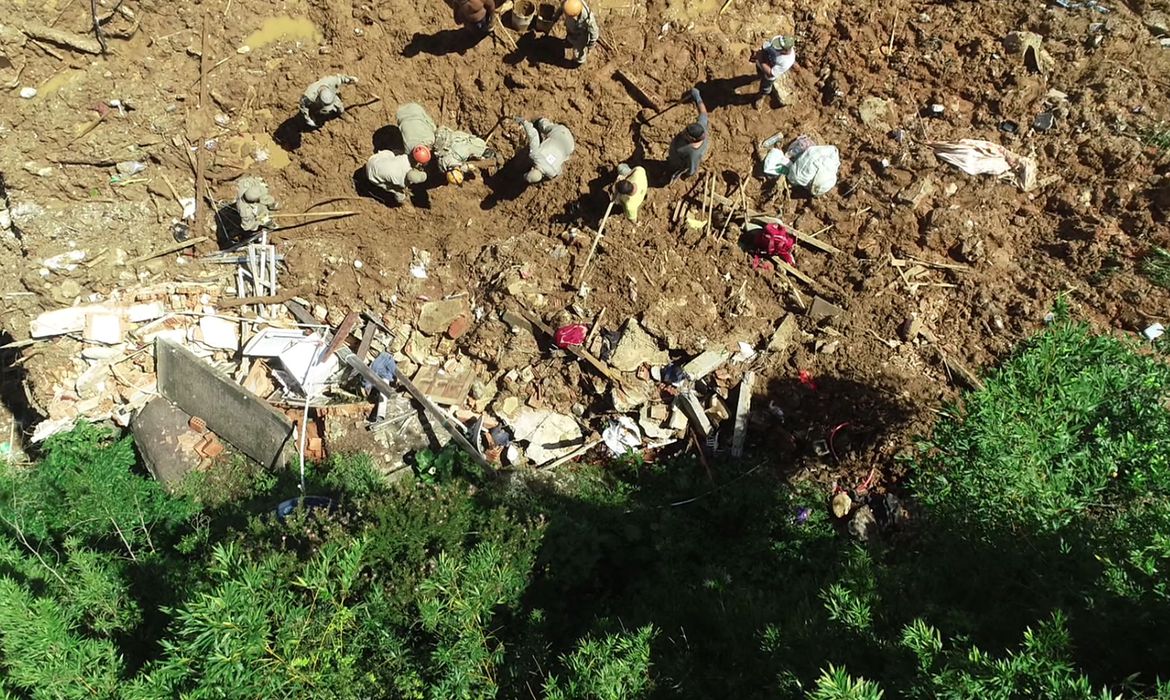 The heavy rain in Petrópolis (RJ), that have so far left 217 people dead and 33 disappeared, according to local authorities, as well as the climate disasters that devastated the municipalities of Minas Gerais, Bahia, São Paulo and Espírito Santo in the first two months of the year have revealed difficulties in Brazil regarding urban planning and the provision of concrete solutions to tackle the climate emergency.

As a consequence of a nationwide lack of planning and disregard, the regions affected by the rains are now counting their dead, facing socioenvironmental disasters and witnessing local economic hardships.

“A trend of increased heavy rainfall, as happened in Petrópolis, has been observed in a number of places around the world”, says José Marengo, director at Cemaden (the National Centre for Natural Disaster Monitoring and Alert), in an interview at Observatório do Clima. He believes this is “as a consequence of increased climate risk (the possible negative impact that a climatic event can have], which is directly linked to global warming”.

Rain, floods and landslides, however, do not affect the entire population in the same way. Those who live in so-called high-risk areas are usually poor people, traditional and black communities and indigenous people. In other words, climate disasters deepen historic social inequalities, such as the lack of dignified housing, basic sanitation and employment.

According to Júlia Neiva, director of the Conectas Defence of Socioenvironmental Rights programme, there is a need to acknowledge the relationship between these occurrences and their consequences, such as racism, particularly the intersection between racial, environmental and climate injustice. “People who belong to historically subordinated groups are the ones who lose their lives at these times. If they survive, as well as experiencing the grief of losing neighbours and family members, they also have to face long bureaucratic procedures in seeking support from the state, shelter and other basics, like food and medication”.

This racial dimension can been explained by what is known as environmental racism. An expert in Urban Sociology, at the University of the State of Rio de Janeiro, Rita Maria da Silva Passos, explains that this type of racism is referred to as “the disproportionate burden of risk, damage and social and environmental impacts that befalls the most vulnerable ethnic groups”, which shows that even the destruction of the planet is not happening in a democratic manner.

While it is very difficult to support and shelter victims following disasters, humanitarian aid being vital at these times, the issue of lack of planning and prevention is far greater. The equation is simple, without mechanisms for prevention, more lives will be lost. The same is true of the climate crisis and Petrópolis is an example of this. In 2011, another climate disaster in the region left 918 people dead and over 35 thousand people homeless.

According to the National Human Rights Commission, “sadly, the necessary measures to avoid another tragedy were not taken and once again people and families have been sacrificed just because they live in areas of risk”. The collegiate of the National Human Rights Commission go on to say that “the tragedies we witnessed during the rainy season were caused by climate change. They were aggravated by socioenvironmental degradation, but the chief causes were lack of infrastructure, planning and urban policies. This was all made worse by the economic crisis and the suspension of home-building programmes, which have led to an increase in the number of families living in high-risk areas all over the country”.

Neiva, at Conectas, says that “federal and state governments must take the matter of climate seriously and understand that this is not an abstract issue or one that can be solved with superficial proposals made for the purpose of appeasing the international community. They need to understand that this is a real problem that is harming people´s lives and as a consequence violating their human rights”.

The federal government seems to be unconcerned about these problems. In front of the international community at a meeting held by the CHR (the United Nations Commission on Human Rights), at the beginning of October 2021, the Brazilian foreign office, Itamaraty, rejected the use of the term ´environmental racism”. This concept appeared in a report on the relationship between race and the climate crisis, presented at the UN council.

The text by the UN states that “people of African descendancy continue to be the subject of environmental racism and are disproportionately affected by the climate crisis”.

Furthermore, in 2022, President Jair Bolsonaro was the butt of a number of criticisms for going on holiday during the floods in Bahia and for failing to visit the affected areas, as is customary at such times. And, when heavy rain affected municipalities in São Paulo, Bolsonaro stated that there had been “a lack of forward-thinking” on the part of the people who had built their homes in high-risk areas.

“This attitude by the government and the president himself”, Neiva says, “are embedded in a wider project of necropolitics and environmental destruction. Proof of this is in the legislative proposals that are prioritised by federal government in 2022. Many of them, like the timeline thesis on indigenous lands and the easing of environmental licencing, will further exacerbate the climate and socioenvironmental crises”.

Federal government are also being questioned by the STF (Supreme Federal Court) for adopting policies that fly in the face of socioenvironmental preservation and tackling the climate crisis. ADPF 708, an action that questions the suspension of the Fundo do Clima (Climate Fund) and opens up an unprecedented debate on the environmental and climate crises in Brazil and ADO-59, an action concerning the freezing of the Fundo Amazônia (Amazon Fund), are two examples of this.