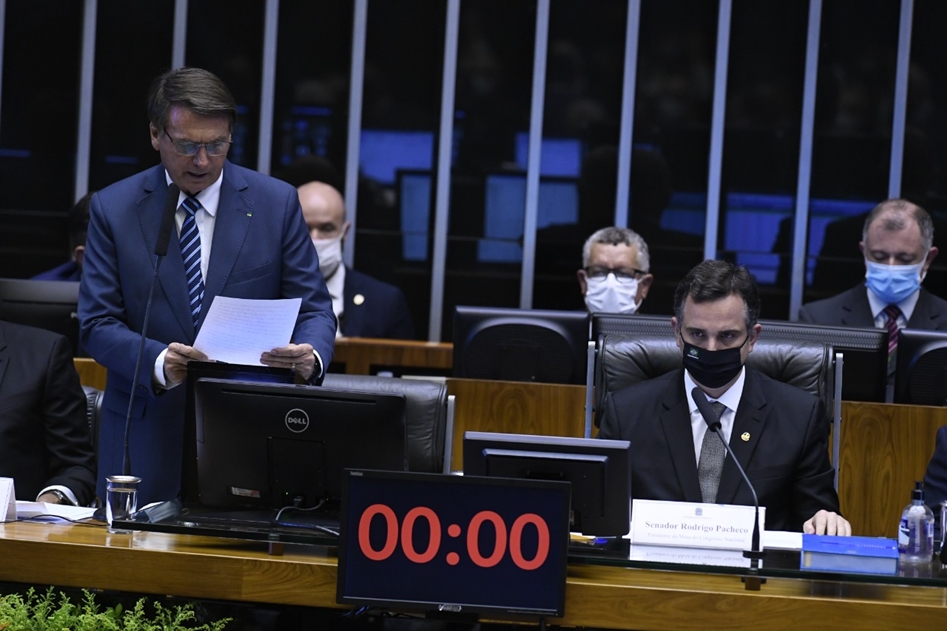 Comprised of 45 points, the priority legislative agenda of the federal government for 2022, released at the start of this month, contains at least 10 bills and constitutional amendment proposals that violate human rights. The topics range from proposals to withdraw the constitutional right of indigenous peoples to their land to easing gun control; issues involving the prison system and education are also priorities on President Jair Bolsonaro’s list. It is based on this agenda that the Presidency will organize its political negotiation in the National Congress.

“Many of these bills deal with issues traditionally defended by Bolsonaro, even before he became president, such as reducing the age of criminal responsibility, while others have gained his attention more recently, such as bills that try to limit the constitutional right of indigenous peoples to their land,” said Camila Asano, program director at Conectas. “They are bills that conflict with constitutional values and human rights, in violation of national legislation and international treaties to which Brazil is a signatory. Besides the impact on the lives of various groups, it is quite likely that this agenda will further damage the country’s image abroad.”

See 10 priorities of the Bolsonaro government in Congress that infringe on human rights:

Defended by the agribusiness caucus in the National Congress, the so-called “time frame” thesis states that the right to land should apply only to indigenous peoples who can prove that they were occupying or in the process of claiming their territories on the date of the promulgation of the Brazilian Constitution (October 5, 1988). This thesis, however, ignores the violations that indigenous peoples have suffered over the years, including forced evictions and exterminations.

Bill 490/2007 has already been approved in the Constitution, Justice and Citizenship Committee of the Lower House of Congress by 40 votes to 21. APIB (Association of Indigenous Peoples of Brazil) has said that this bill could stop the demarcation of indigenous lands in Brazil and that the legislation is progressing through Congress without the full participation of civil society, in particular indigenous representatives. The bill is ready to be placed on the agenda to be heard by a full session of the Lower House.

The draft text of this bill voted by the members of Congress creates a new General Environmental Licensing Law and relaxes environmental licensing, even permitting automatic licenses in some cases. It was approved by the Lower House in May 2021 and is now pending in the Senate.

Several points in the bill could cause environmental and social problems and human rights violations, while also directly undermining the international image of the country: licensing exemption for some economic activities, automatic licenses become the rule and less state control, among other things. The bill is currently in Agriculture and Land Reform Committee of the Senate.

Submitted to Congress by the federal government, Bill 6438/2019 changes the Disarmament Act and extends the authorization to carry a gun to various professional categories, including traffic police, court officers, members of the Public Defender’s Office and youth detention guards. The text is ready to be voted in the Foreign Relations and National Defense Committee of the Lower House.

The bill is part of a broader vision wherein Bolsonaro, when he was still a candidate, expressed an interest in facilitating gun ownership in Brazil. Civil society organizations that work with public security and combating violence have said many times over the past three years that this policy is harmful to Brazilian democracy and to the lives of the Brazilian population. Moreover, according to the research “Fatal Diversion”, conducted by the Sou da Paz Institute, easing access to firearms will have a direct impact on the black market. Between 2011 and 2020, an average of 9 guns were diverted per day in the state of São Paulo alone.

Another proposal that changes the Disarmament Act is Bill 3723/2019, which authorizes the bearing of arms by so-called CACs (hunters, sports shooters and collectors). Just like the previous bill, it is yet another way for the federal government to fulfill its mission of increasing gun ownership among the population, thus creating a false sense of security. CACs are the group that loses the most legally acquired firearms, either through intentional diversion or theft. In 2021 alone, at least 840 guns of hunters, shooters and collectors were lost or stolen in Brazil. The number represents nearly three misplaced guns per day. The data, obtained from the Brazilian Army by the Pública agency through a Freedom of Information request, reveal that the total number of “lost” guns in 2021 until September already exceeded the number for the entire year of 2020 and 2019. The bill, also drafted by the federal government, is ready for the agenda of the Constitution, Justice and Citizenship Committee of the Senate.

Through Constitutional Amendment Bill No. 3/2019, the federal government and its allies in Congress want to put an end to “detention assistance”, a welfare benefit for low-income, legal dependents of people covered by social security who are in prison.

The detention assistance is provided for in the Brazilian Constitution and it pays one minimum wage. Only family members of people who contribute to the INSS social security system can receive the payment. This is not the only way that the government is trying to abolish this right. In 2019, Bolsonaro already limited access to the benefit using Provisional Executive Order No. 871.

Known as the “Poison Bill”, this proposal, which has already been approved in the Lower House of Congress, makes changes to the registration system for agrochemicals and their components. According to the text of the bill, the power to authorize toxic products used in agriculture will be solely in the hands of the Ministry of Agriculture, which caters to the interests of the rural lobby. Today, the approval process of an agrochemical also involves the Ministry of the Environment and Anvisa (National Health Regulatory Agency), two important and technical bodies in the authorization process.

“This bill proposes to further weaken the legislation on the sale and use of agrochemicals, facilitating, for example, the registration of carcinogenic substances that are already banned in other countries,” said CIMI (Indigenous Missionary Council) in a statement. After the approval in the Lower House, the bill was sent to the Senate and is currently awaiting distribution by its president Rodrigo Pacheco.

Currently pending in the Senate, Amendment 115/2015 lowers the age of criminal responsibility in Brazil from 18 to 16. The text of the amendment is based on the myth that detaining young offenders in prisons instead of holding them in youth detention centers will reduce criminality. Under the current Brazilian legislation, young offenders can be punished with detention just like adults. The Child and Adolescent Act permits up to three years confinement.

Moreover, the Child and Adolescent Act, just like the Criminal Code, provides for other types of punishment, such as probation, whereby young offenders remain under the constant supervision of a probation officer and are required to report to a judge periodically.

Drafted by the executive branch, the bill is a clear violation of the constitutional right of indigenous peoples to their land, a right that is also supported by international treaties, such as ILO Convention 169. The bill authorizes mining – including artisanal mining – and the generation of electrical energy and the exploration and production of oil, natural gas and other hydrocarbons. Indigenous organizations and other civil society organizations have warned about the environmental and social risks of the bill, which directly affect the life of indigenous peoples and environmental preservation. Added to this are the potential problems of contaminating rivers that supply cities, due to illegal chemicals used in activities such as artisanal mining.

In a public statement, the Federal Prosecutor’s Office described the bill as unconstitutional and said that “the presentation of Bill 191/2020 and the demonstrations of support for artisanal mining emanating from some authorities explains, at least in part, the growth of this illegal activity on indigenous lands, which threatens indigenous communities near the mining areas”. This bill is awaiting the creation of a Special Committee by the speaker of the Lower House of Congress.

Drafted by the federal government, the purpose of this bill is to change the Child and Adolescent Act and other legislation dealing with the education of children and adolescents to facilitate homeschooling in Brazil – a system in which the children’s parents or guardians teach them at home. Without a broad discussion with society, especially with education experts, the bill caters to a demand from President Bolsonaro’s most radical supporters. It is ready to be debated by the full session of the Lower House.

More than 350 civil society organizations have said, in a statement, that this bill poses an “extreme risk” for Brazilian education, since it exempts the State from guaranteeing the human right to a quality education for all people, while investments in public education are essential for the improvement of education in the country. The statement went on to say that “the regulation [of homeschooling] could further widen the enormous social and educational inequalities and increase the cases of violence and endangerment to which millions of children and adolescents are exposed”.

This bill relaxes the land-title registration rules for federal public lands and, in practice, can give ownership status to illegally occupied areas. It can also exempt them from monitoring compliance with environmental laws, since the size of the occupied area that can be registered without an inspection by INCRA (National Land Reform Agency) will increase from four to six fiscal land units. It is during the inspection that the agency analyzes the legal reserves, permanent preservation areas, use of pastures and land exploration. The bill is being debated simultaneously by the Environment Committee and the Agriculture Committee of the Senate.