What drives political violence against women in Brazil

On International Women´s Day, Conectas shows the obstacles that women candidates and those in office face in the political institution 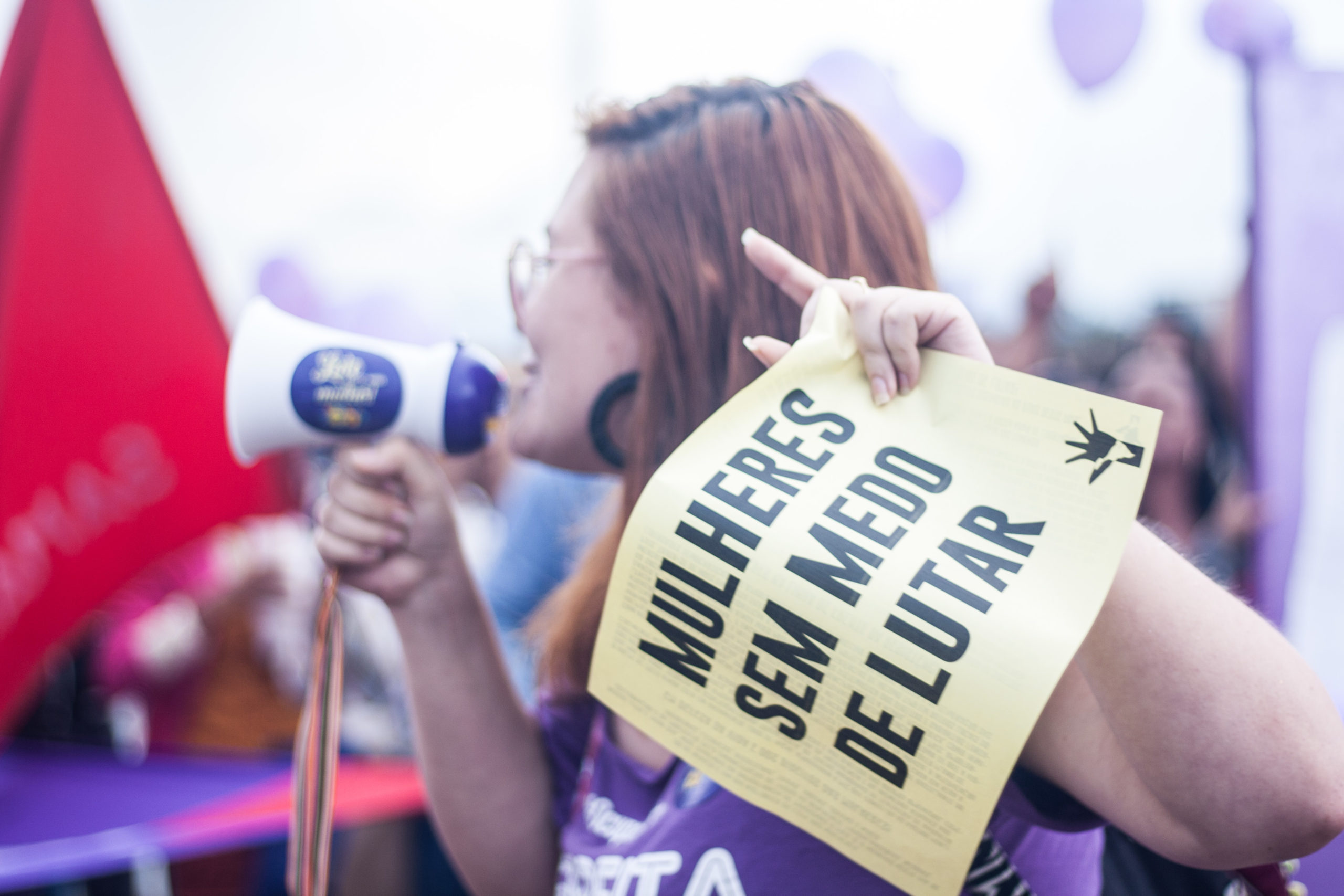 As though the under-representation of women in areas of power was not enough, women who decide to occupy elected positions are often the victims of political violence motivated by gender. This violence is often expressed in the form of racism and LGBTphobia.

According to Brazilian law, political violence against a woman is any action, behaviour or omission aimed at preventing, blocking or restricting a woman´s political rights. Threats, offences, aggression, harassment, attempted murder and murder are some of the ways of violating the rights of women candidates and elected officials. All women are victims of these attacks, but black, lesbian, transvestite and transsexual women are the principal targets due to the crossover with other social markers.

Research carried out by the newspaper, O Estado de São Paulo showed that, in 2020, 75% of women running for mayor in state capitals suffered some form of violence. Of the 50 candidates who participated in the survey, 88% said they had suffered gender-related political violence during the 2020 elections and 72.3% believe the incidents damaged their campaigns. Psychological violence is the most common form (97.7%) and the internet is the arena in which women are most often attacked (78%), followed by when campaigning in the street (50%).

This means that although women represent the majority of the electorate (52.5%), the percentage of female candidates running in the 2020 municipal elections was 33.5%, according to data from the Electoral High Court (TSE) . In absolute numbers, of the 556,033 requests to run in the last election held in the country, 186,144 were women.

An attack on democracy

A political arena dominated by men, particularly by white cisgender men, also leads to subtle acts of violence against women within the parties, in the legislative houses and in the cabinets of executive power. The clothes, social behaviour, skin colour, weight and civil status of women are some of the reasons used to attack them. Women face difficulties ranging from getting funding to take their campaigns to the streets through to political femicide, for example, the case of the murder of the Rio de Janeiro councilwoman, Marielle Franco, in March 2018.

Raissa Belintani, coordinator of the Conectas Strengthening Democratic Space programme, says the path of women candidates and elected officials is not a straightforward one. It is often painful and fraught with both concrete and symbolic violence. “Any political violence against a woman is an attack on democracy. The problem is that Brazilian institutions are still not giving this matter the attention needed. The constitutional value that all people have equal rights in all areas of social activities must be fulfilled in the arena of institutional politics”, she says.

The problems start even before the women run for candidate. Usually white, cisgender, heterosexual men occupy decision-making positions in the parties which prevents representatives of minority groups from moving easily within the party structure. According to the report “Political Violence of Gender and Race in Brazil 2021”, by the Marielle Franco Institute (IMF), “violence in the form of being discredited by the party is also seen in the choice of which positions women can apply for, in the eyes of the party leadership”.

There are some parties that hold meetings and commissions to discuss sexism, racism and other forms of discrimination. Some party tickets include historic militants who fight for equality. However, according to Belintani, “there are also scenarios in which these fronts are represented superficially, merely pandering to political marketing and completely ignoring the potential and contributions of women in the parties”.

As shown by the study “Political violence in Brazil: a panorama of human rights violations in 2016 and 2020”, carried out by the organisations, Terra dos Direitos and Global Justice, “violence is used to ensure control over the political system by a hegemonic group – in this case Brazilian, white, upper class, Christian men, who identify as heterosexual”. So, the people who most bother those who want to maintain this exclusive structure are black women, trans people, transvestites and poor people.

Despite setbacks in the last elections, the number of women, trans people and transvestites running for election and being elected grew in a number of areas. Occupying an elective office, however, does not protect them from violence. According to the IMF report, although visibility does provide a certain degree of protection, violence against these bodies and principally against the struggles they represent, are unrelenting. “The violence is becoming more sophisticated and is spreading to people who are close to them, with attacks also being directed at team members and the families of parliamentarians. Therefore, political violence is a phenomenon that affects not only those in office, but also assistants, activists and the wider network of people involved in the mandate”.

In August of last year law 14.192/21, came into effect, setting out norms to prevent, repress and combat political violence against women during elections as they exercise their political rights and public functions. According to the text, party propaganda that depreciates women or encourages discrimination on the basis of someone being of the female sex, or on the grounds of their colour, race or ethnicity, is forbidden. The 2022 elections will the first ones under this law. Belintani believes it is up to civil society organisations to monitor the application of this legal benchmark and to be alert in order to denounce any human rights violations against women in the upcoming elections.