“We have played our role historically: we preserve, we share, we converge,” says Nego Bispo

In an interview for a publication released by Conectas, the quilombo leader gives insights on the climate crisis 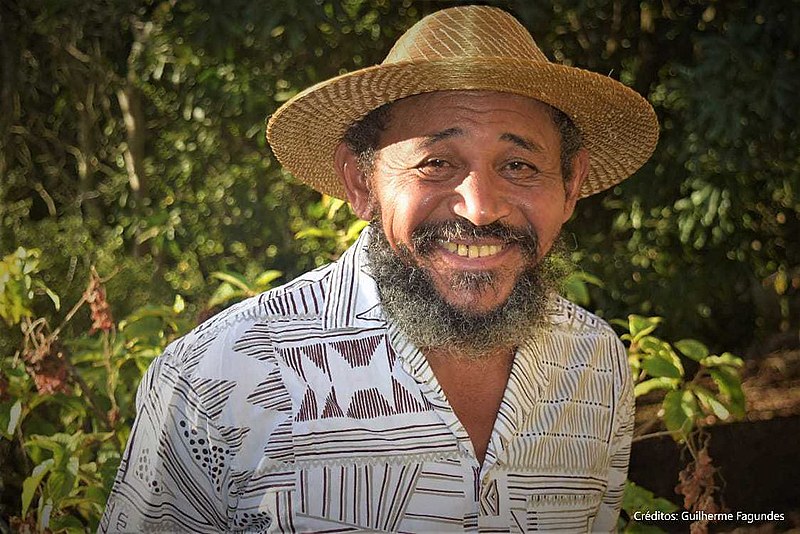 The climate crisis is already here. Now is the time, more than ever, for civil society, social movements, governments and the judiciary to build an agenda that works for the future of the next generations, from a human rights perspective.

The challenge, however, is significant, particularly in countries with governments that ignore the problem. This week, for example, President Jair Bolsonaro used his opening speech at the 76th UN General Assembly in New York to present to the international community a country that respects the diversity of the Amazon. In practice, considering the data from Deter/Inpe since 2015, the periods between 2019-2020 and 2020-2021 saw the largest area of deforestation ever recorded.

According to Nego Bispo, a farmer, trained by masters of trades, and resident of the Saco-Curtume quilombo community in the state of Piauí, many answers to the serious climate crisis lie in people’s lives. “Instead of having theoretical references, have historical references. In Piauí, there are many quilombo communities. It’s just a matter of having the quilombos as a reference. Prioritize being over having”.

During the week of Global Climate Mobilization, Conectas is publishing an interview with Nego Bispo for the recently launched e-book “Climate and Human Rights – Voices and Actions” (available in Portuguese at this link), produced by the organization with the support of the Climate and Society Institute.

Conectas – Is there a relationship between colonialism and the climate crisis?

Nego Bispo – Climate change is a product of colonialism, which comes from monotheistic Euro-Christians. In Genesis, Jehovah forbade Adam and Eve from eating the fruit from the Garden of Eden. In other words, from having an organic relationship with other lives. The God of the Bible cursed the land where these people lived, saying that the land would produce weeds, and that they could only eat by the sweat of their brow, by work, which he created as punishment. As they need to transform and synthesize nature, they are responsible for the climate crisis. Agricultural sciences also consider plants to be weeds. If a pequi tree grows in the middle of a soy plantation, the colonialists throw poison on it. The only thing not considered a weed is the soy, which is planted by the efforts of the colonialists. The only thing of importance is what comes from work. When they devastate native plantations with non-weed plants, made in the laboratory, almost plastic, they alter life. Not just the climate, the cosmos.

Conectas – Did you attend the Climate Summit in New York, in 2019? What were your impressions?

Nego Bispo – It’s a great demagoguery, a hypocrisy. These people gather to deceive themselves. Issues are not resolved with big events; not from integrated to segmented, but from segmented to integrated. Perhaps it would be better if, instead of holding this meeting, they had planted a tree in their backyard, distributed saplings, grown fruit. Last week, I visited friends in Matopiba [a region where agribusiness is advancing between the states of Maranhão, Tocantins, Piauí and Bahia]. In 1995, there was a lot of beautiful forest. This time, I traveled through 250 km of land with soybeans, which no one eats here, except for the leftover oil. It all goes to Europe, or to China. How can the Europeans want to discuss climate when they buy soybeans that devastate our cerrado scrubland? In colonial society, the workers build, the businesspeople consume and the intellectuals comment. It’s crazy.

Conectas – Can the justice system have a counter-colonial function?

Nego Bispo – Justice is an ultra-colonial business for judges, lawyers, prosecutors, police officers, Parliament – ​​which makes the laws – and authors of books to make money. It is a market that criminalizes anything and everything that attacks colonialism. What is Justice for? To protect life? It is to protect property. Looking to the colonialist State to defend myself from colonialism is like an ant going to an anteater’s party. It’s unlikely he’ll return. Our community has been assaulted by several projects, mainly transmission lines. In one of the negotiations, we told the colonialists that the first EIS [Environmental Impact Study, part of the environmental licensing process] was the letter of Pero Vaz de Caminha. To date, the only matter we have taken to court is the Transnordestina case. But we were dragged into it. The problem is that, when we go to court, we lose decision-making power and the matter is settled by money, which is always the reference. How much is the birdsong worth? How do you calculate it?

Conectas – Can the realization of human rights and socio-environmental rights support the struggle against the climate crisis?

Nego Bispo – I address organic rights, our rights to be. Synthetic rights are rights to have. Only the human species synthesizes life. And the other species, what happens to them? Is there not fat on the human body? There is in soybeans, in corn, in almonds. There is a convergence, a similarity. There is water in plants, in our bodies, in animals, in stones. Why do we say they are inanimate? Who came up with the idea that we are more important? Talking about human rights is to underestimate other rights. It is just another category in the judicial market.

Conectas – What is the role of quilombola populations and organizations in the climate crisis?

Read also the interview with Ailton Krenak, published in the e-book “Climate and Human Rights – Voices and Actions”