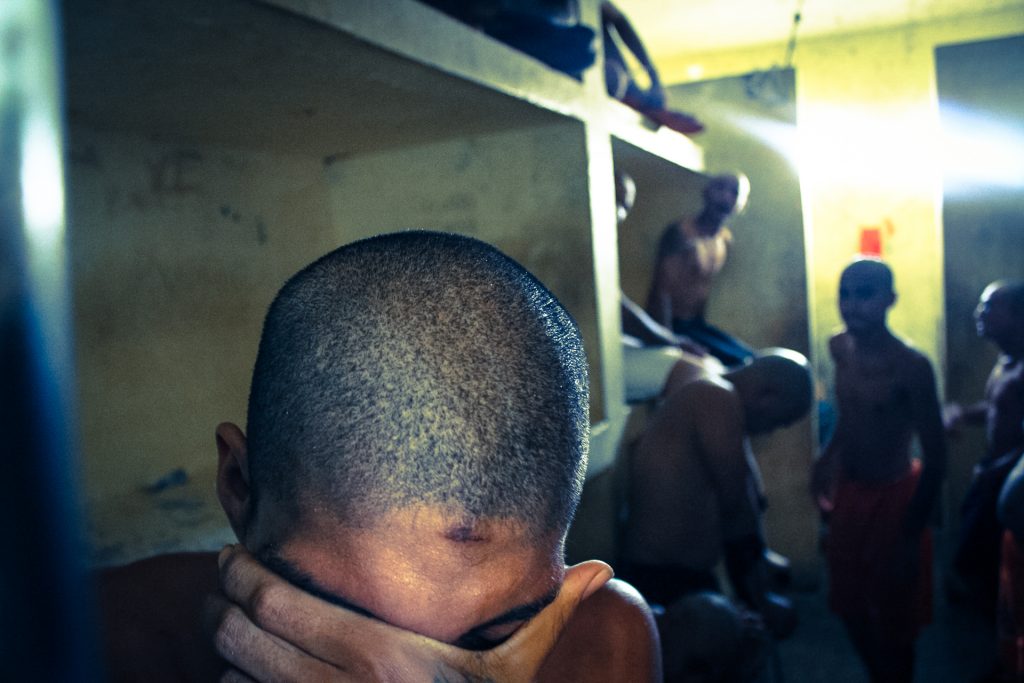 Detainee in the Triage Unite of the Pedrinhas Penitentiary Complex, shows marks of violence which he says were caused by police officers at the time of his...

In the note, the subcommittee on Prevention of Torture, the Working Group for Arbitrary Detention and the Special Rapporteur on Torture recalled that, by ratifying OPCAT (Optional Protocol to the Convention against Torture), Brazil had made a commitment to create national mechanisms for the prevention and combat of torture.

The mechanism is an organ composed of independent experts who have free access to any place of deprivation of liberty. Through inspections, members of the mechanism can request inquiries, make appraisals, produce reports, make recommendations, organise data and suggest public policies.

“The establishment of independent torture prevention mechanisms is one of the most effective ways of protecting those in detention from ill-treatment, and is a way of guaranteeing them their right to a fair trial and the rule of law of the country. Brazil’s federal government is under an international legal obligation to ensure that this happens.” The UN experts claim in the note.

“Governor Doria’s veto shows that the state has no interest in discussing such an important subject with society, nor in allowing independent monitoring. The state is lagging behind the other nine Brazilian states that already have state mechanisms and shows a disregard for national law and the international commitments made by Brazil, that call for the creation of this organ, with social participation.” Custódio explained.

In the note, UN experts urge Alesp to reverse the governor’s veto.

“We hope that Brazil will be able to continue to abide by its international obligations, reverse this decision and remain committed to the fight against torture.” Said Sir Malcolm Evans, the Chairperson of the Subcommittee on Prevention of Torture (SPT).