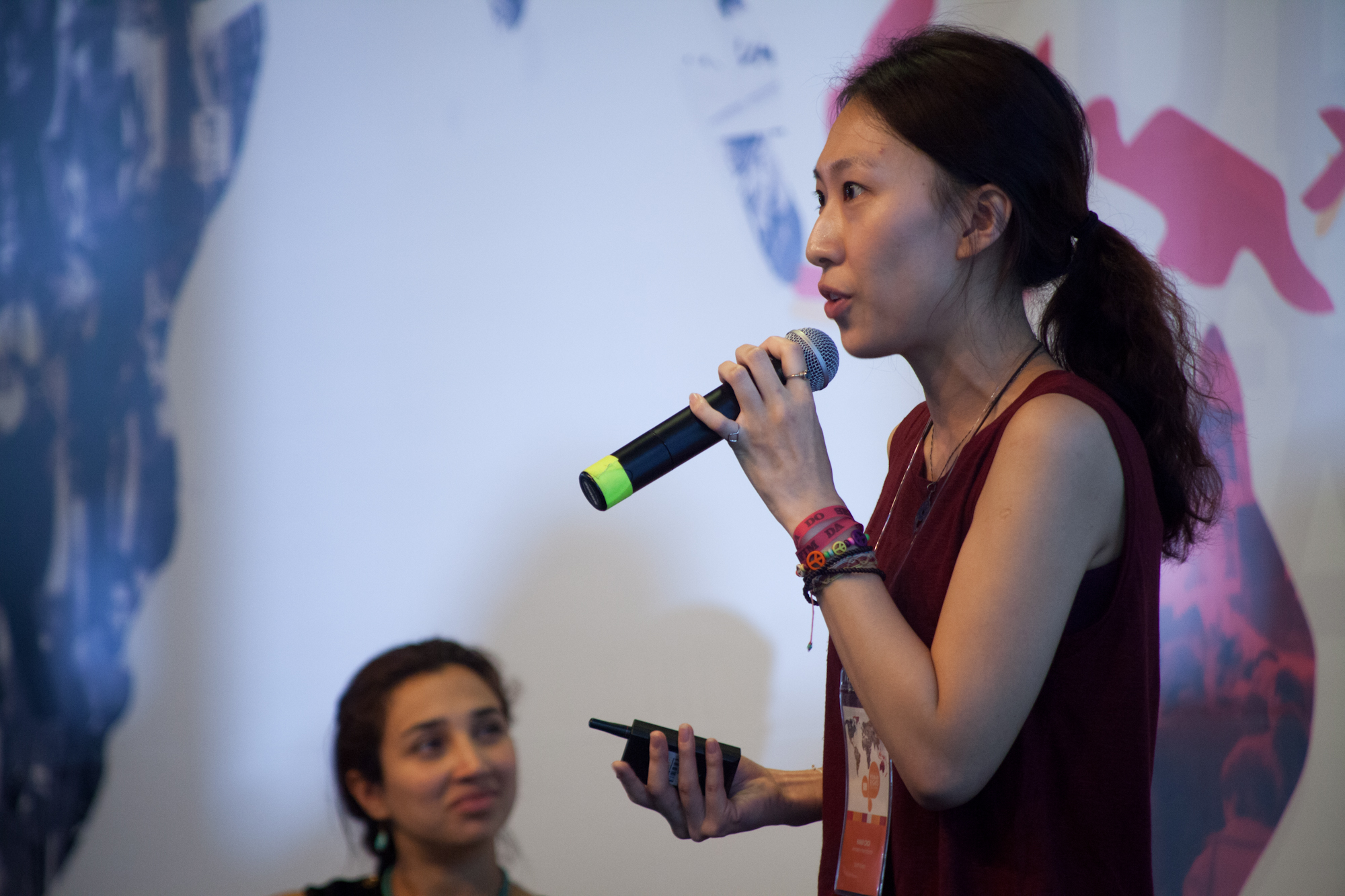 Hanui Choi showed how it was possible, in South Korea, to block tear gas exports

Less-lethal weapons, such as tear gas and rubber bullets, can be as dangerous as any other weapon when used in excess and indiscriminately, claimed human rights defenders and experts on a panel this Tuesday, May 26, at the 14th International Human Rights Colloquium. Rohini Haar of Physicians for Human Rights, Maryam al-Khawaja of the Gulf Center for Human Rights, and Hanui Choi of Amnesty International presented data and images that demonstrated the severe health effects of these weapons.

According to Rohini Haar, the lethal nature of the weapons depends mainly on how they are used. “If they are aimed at the upper body, for example, there is a much greater chance that the injuries will be severe,” she explained. Haar based her statements on a new study by Physicians for Human Rights on the use of less-lethal weapons in 12 countries – among them Brazil. Of a total of 3,000 cases involving people hit by projectiles such as rubber bullets, nearly 40% presented severe injuries.

“What are the long-term effects of these weapons on health? We still don’t know, but it is something that we will be able to observe in the decades ahead,” said Maryam al-Khawaja. She showed photographs and videos that demonstrate how the repression in Bahrain is intended as collective punishment, also affecting the population that is not involved in the protests. “The demonstrations against the military regime started in 2011 and, since then, there have been numerous deaths,” she said. “The amount of tear gas used by the government against the population over these past four years is unprecedented.”

The arsenal used in Bahrain comes, in large part, from South Korea, South Africa and Brazil – three major producers of less-lethal weapons. In her speech, Hanui Choi showed how it was possible, in the case of South Korea, to force the government to halt its annual exports of 1.7 million tear gas canisters to the Bahraini government. According to Choi, international solidarity and the engagement of the population were fundamental for the success of the campaign known as #StopTheShipment.