The difficulties faced by refugees in Brazil during the pandemic 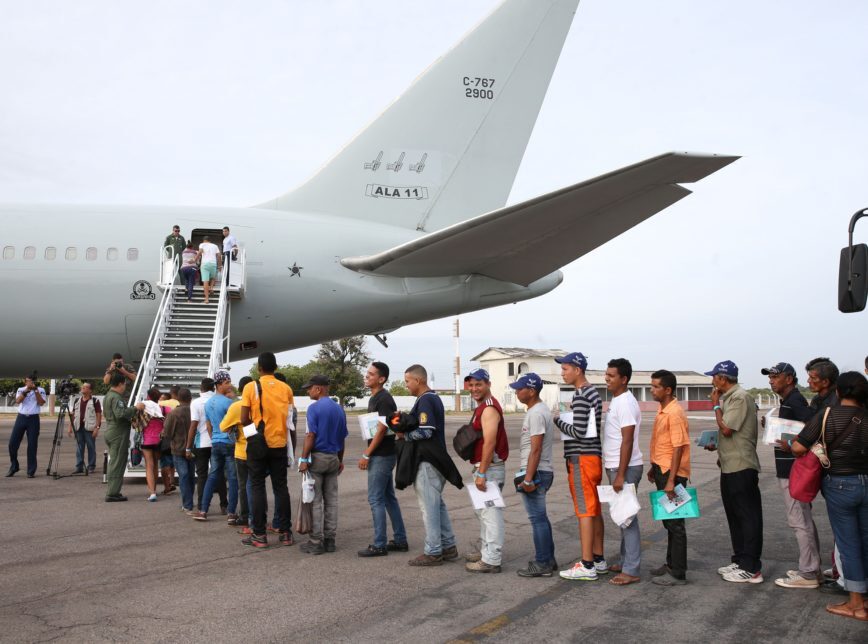 Venezuelan immigrants lining up to board a plane

In January, the Brazilian government recognized the refugee status of a group of 17,000 Venezuelans. According to Conare (National Committee for Refugees), there are nearly 45,000 refugees in Brazil and, of these, nearly 38,000 are from Venezuela, making it the country with the largest number of Venezuelan refugees.

Most of the others are Syrian, Congolese and Angolan.

They are citizens who fled their countries of origin due to armed conflicts, political or religious persecution, environmental disasters or economic crises.

Because they often have few financial resources, poor housing conditions, irregular documentation and difficulty accessing the healthcare services, refugees are among the most vulnerable to Covid-19. There is no official data on the number of refugees infected in Brazil, but the impact is clear since many also work in the informal economy, which has been hard hit by the pandemic.

Actions staged by third sector organizations, such as the collection and donation of food coordinated by África do Coração, have helped minimize the effects of the health crisis. Moreover, UNHCR has also organized actions to protect refugees, by building field hospitals, distributing emergency items and emergency financial aid, and relocating people to safe spaces.

These actions are a way of maintaining the dignity that refugees do not always find in their places of origin. Receiving and sheltering at-risk people is a way to remind them of their humanity so they can build a future for themselves.