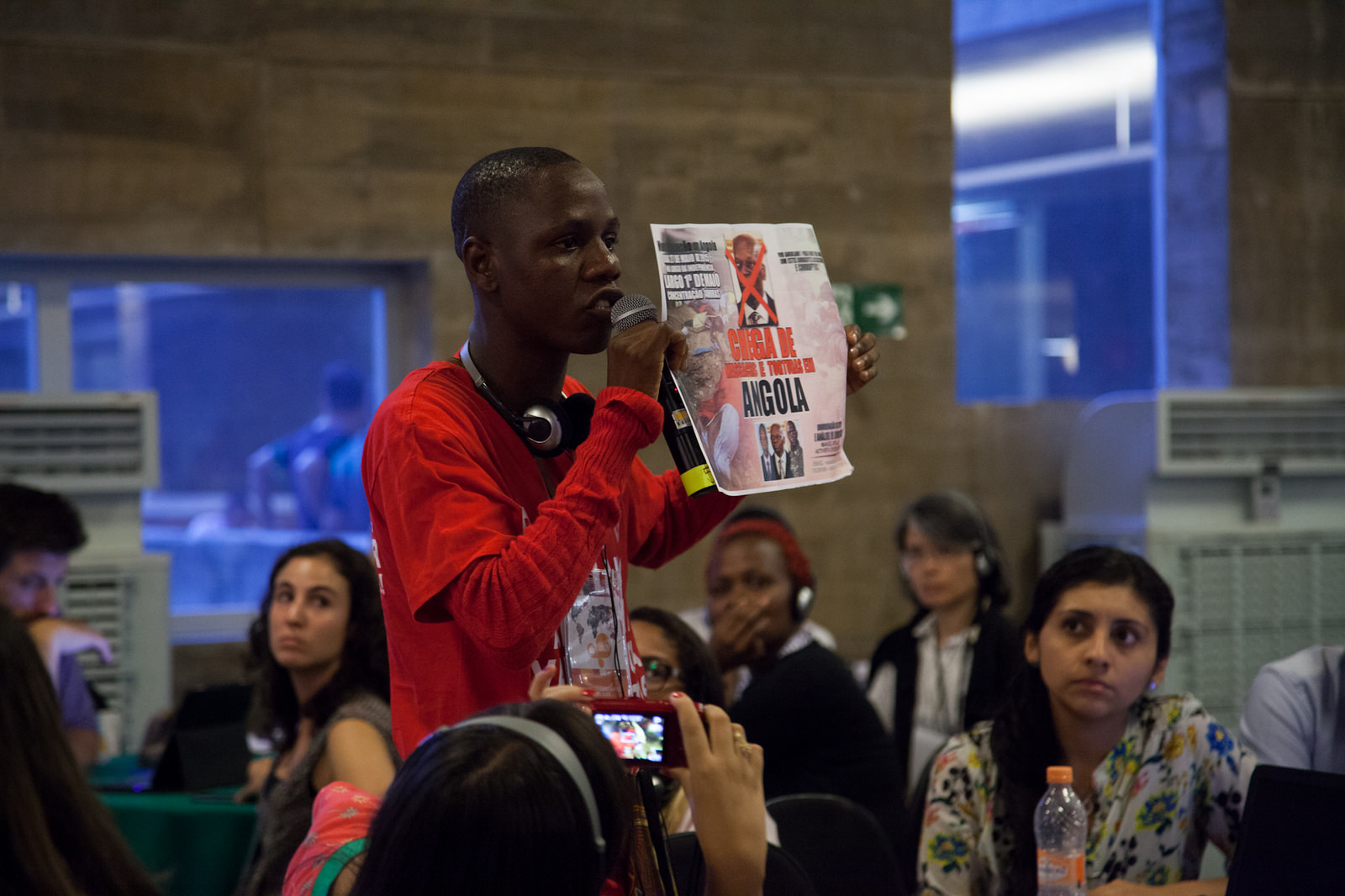 According to Matheus Chivonde, from the Angolan Revolutionary Movement, there is no possibility of applying international law in his country

What international standards protect the right to demonstrate? What are the challenges for international laws to be respected by States? What guarantees are violated when security forces repress demonstrations? The panel “The right to protest” brought the first day of the 14th International Human Rights Colloquium to a close with a debate on laws and how they are systematically broken by States.

In a video, Victor Abramovich, a lawyer from the University of Buenos Aires, explained how protests are intrinsically linked to society’s dissatisfaction with the State itself – albeit at different levels. According to the lawyer, it is necessary to identify the forms of demonstration that are governed both by laws that guarantee the right to protest and by human rights.

“Not that one form of protest is more legitimate than another. We need to know whether or not such-and-such a protest represents a demand by a group. If we have a protest on labor conditions, then we have something that involves human rights policy and that directly impacts the right to protest,” he explained.

Although national constitutions vary greatly when it comes to describing the right to protest, Power pointed out the duty of all States to guarantee it – something that does not occur in the majority of cases. “The growth of the culture of impunity is the result of the inability to hold human rights violators accountable,” he said. As far as he is concerned, now is the time to guarantee that national constitutions are more open to international law.

The statements by Power and Abramovich were given name and shape following the stories that emerged from the audience. Pedro Teca, an Angolan journalist and activist, stated that his country has been “silenced” and is immersed in a dictatorial regime. When security for the demonstrations is requested from the authorities, activists are surprised on the streets by what are known as “counter-demonstrations” – movements formed by government backers who receive public security support to confront opposing groups.

Matheus Chivonde Baptista Nito Alves, an activist from the Angolan Revolutionary Movement, said that he sees no possibility of applying international law in his country. “Angola is a prison cell. There are no laws. The ones that do exist are those kept in place by the powers that be and they trample on everyone else.” He cited the case of the journalist Rafael Marques, author of the book Blood Diamonds. After the publication of the book, which denounces government corruption, a warrant was issued for his arrest.

This article was written by Agnes Sofia Guimarães and is part of the collaborative coverage of the 14th Colloquium.