Racism in the police force: why black people are stopped more frequently by the police

In a discussion in the Supreme Court, police stops based on racial profiling are the main driver of necropolitics in Brazil 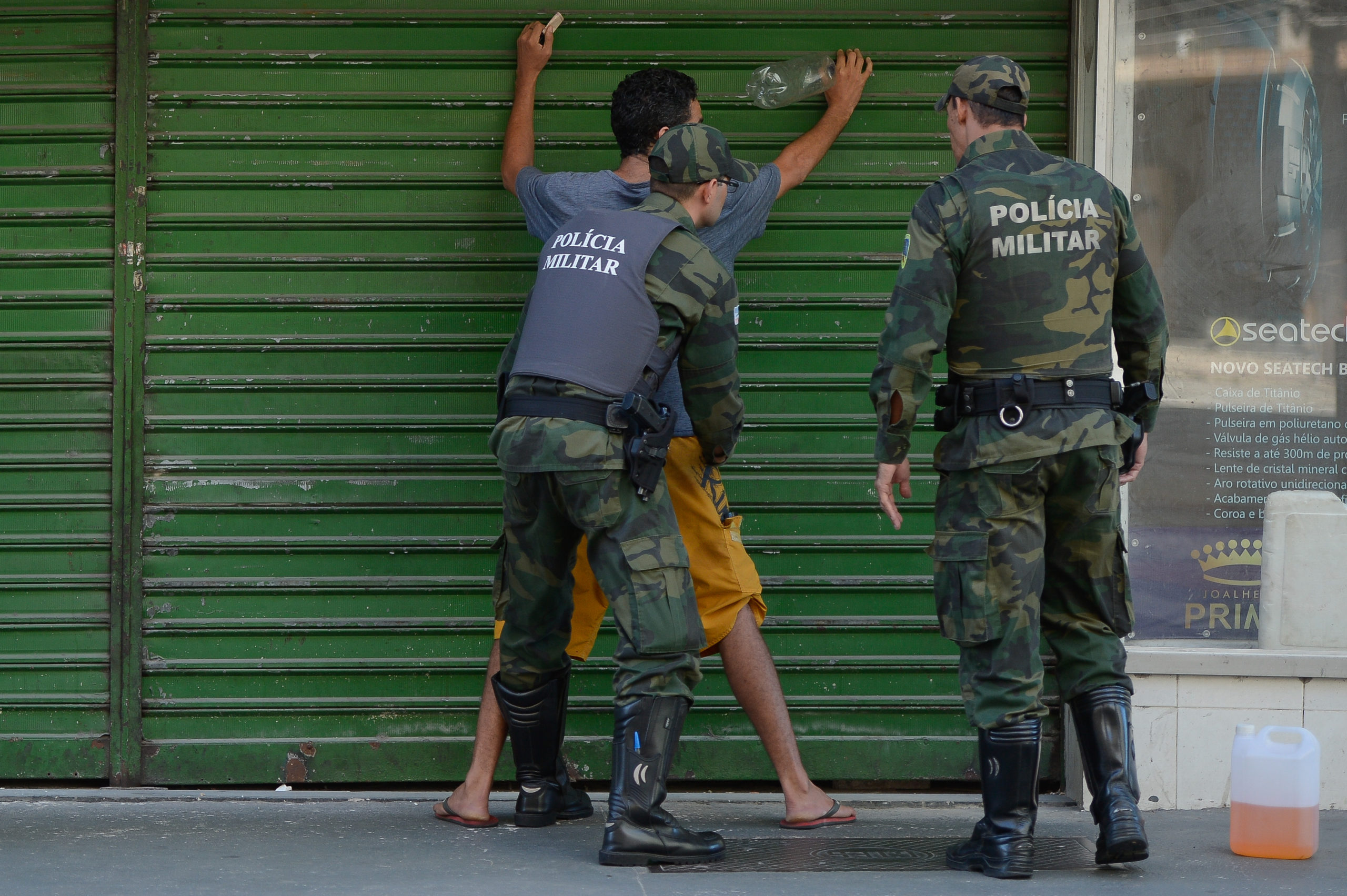 When justifying one man’s detention, the military police officer who made the arrest stated, in the police report, that he had seen “a black individual in a typical drug trafficking scene”. According to the São Paulo State Public Defender’s Office, the justification given in the report was blatantly racist.

The arresting officer said that when the man in question noticed the presence of the police, his countenance changed and he threw something on the ground. When searched, the officer said he found five vials of cocaine on his possession and several others on the ground around him. “(…) But because they had fallen on the ground, they ended up breaking and their content spilled out, making it impossible to collect the content because it is a very fine powder and in an amount that is impossible to recover.” As such, the person was convicted by a lower court to seven years, eleven months and eight days in prison, in a secure facility, for possession of 1.53g of cocaine.

After this conviction, the Public Defender’s Office appealed to the Superior Court of Justice. In this court, the sentence was reduced to two years and 11 months of imprisonment and it permitted the prison sentence to be substituted by two restrictive measures, which enabled the man to be released. The rapporteur of the case, Justice Sebastião Reis Junior, however, understood that the police stop in question was based on skin color and voted for the recognition of an illegal search, but it was a losing vote.

The situation is common in different parts of the country. According to a recent survey by Cesec (Center for Studies on Public Security and Citizenship of Cândido Mendes University), black and mixed-race people represent 63% of those who say they have been stopped and searched by police in Rio de Janeiro, despite representing 48% of the city’s population. Also according to the survey, black people are more likely to suffer abuse and humiliation during these situations.

In an interview with Agência Brasil, the social scientist Silvia Ramos, coordinator of Cesec, said there is a racial culture in police activities and it starts with the humiliating stops and searches. The survey polled 739 people and included groups of young people from the favelas, couriers, app drivers, women and police officers. Following an analysis of age, gender, color, class and territory, the researchers identified the typical profile of the people who are stopped by the police: black men, up to 40 years of age, residents of favelas and urban outskirts, and with income of up to three times the minimum wage.

Case now in the Supreme Court

The case of the man convicted in the lower court and appealed in the Superior Court of Justice is still not over. The Public Defender’s Office is now challenging, in the Supreme Court, the legality of the evidence presented in the Individual Habeas Corpus Case No. 208240, filed in October 2020. The case received a request for amicus curiae status from Conectas in partnership with the organizations Land, Labor and Citizenship Institute and Black Initiative For a New Drug Policy. According to these organizations, police stops based on racial profiling is a common practice that urgently needs to be discussed.

“Under the justification of ‘reasonable suspicion’, police officers mostly stop black people and search them without any concrete signs of criminal activity,” reads the document. “This standard practice by government agents is closely linked to structural and institutional racism.”

According to Lays Araújo, strategic policy articulator for the Black Initiative, it is important for the issue to appear at the center of the debate, because it highlights a complaint made some time ago by civil society. “There is always the benefit of the doubt, but this has never been extended to young black people,” she said. “This justice system that operates based on established and well-defined racial profiling is the main driver of necropolitics. Because we know that these profiles are an address in the urban outskirts and black skin.”

Justice Edson Fachin, rapporteur of the Habeas Corpus case, denied an injunction for the man on the grounds of the absence of blatant illegality in the appealed ruling, thereby following the same rationale as the Superior Court of Justice. The Office of the Prosecutor-General, in turn, took a position against the granting of habeas corpus, stating among its arguments that the police stop was not made based on racial profiling. Fachin is now analyzing the request for amicus curiae status filed by the organizations and no date has yet been set for the case to be heard. “Although the habeas corpus case is individual, it has a collective dimension. We expect the case to raise visibility within the judiciary of the rights violations committed by law enforcement institutions that are underpinned by structural racism and its impact on mass incarceration,” said Gabriel Sampaio, coordinator of the program to Combat Institutional Violence at Conectas.

The so-called “war on drugs” is responsible for a good share of police stops based on “reasonable suspicion” and, consequently, for the imprisonment of black people. “Given the lack of an objective criterion for defining what is possession and what is trafficking, the current drug policy encourages mass incarceration. It is no wonder that Brazil has the world’s third largest prison population,” said Sampaio. According to data from National Prison Information Survey (Infopen) until December 2020, Brazil has a total of 811,707 people in prison, of whom 65.9% are black. The data reflect how the issue of race has served as a basis for regulating the social order.

Structure based on racism

“The punitive structure in Brazil is founded on a racist perspective. It has always been, and continues to be, the perpetuation of a mechanism to control a part of the population that until recently was seen as a commodity,” explained Araújo, who is also a member of the Feminist Network of Jurists. According to her, the loser is society as a whole. “When we have people who are already born with a target on them, we realize that they are marked to die and not to hope”, she said. “To change this structure, we need to become aware of privileges. Everyone recognizes that racism exists, but no one recognizes that they are racist. This does not add up.”

A ruling by the IAHR Court (Inter-American Court of Human Rights of the Organization of American States) condemned the State of Argentine in 2020 for two police stops, followed by illegal detention, that occurred in 1992 and 1998 in Buenos Aires. According to IDDD (Defense of the Right to a Defense Institute), which accompanied the Argentine case in the OAS, the sentence applies to all countries where the court has jurisdiction, including Brazil, and permits racist police stops to be challenged in the Brazilian justice system.

The police stops in the Argentine cases were justified only by “suspicious behavior”. In both situations, the arrest records provide no details of the reason for the stops. In the first case, there is a total lack of justification. In the second, the police claimed that the accused’s “nervousness” caused suspicion, in addition to the incompatibility of his clothing and the place where the incident happened.