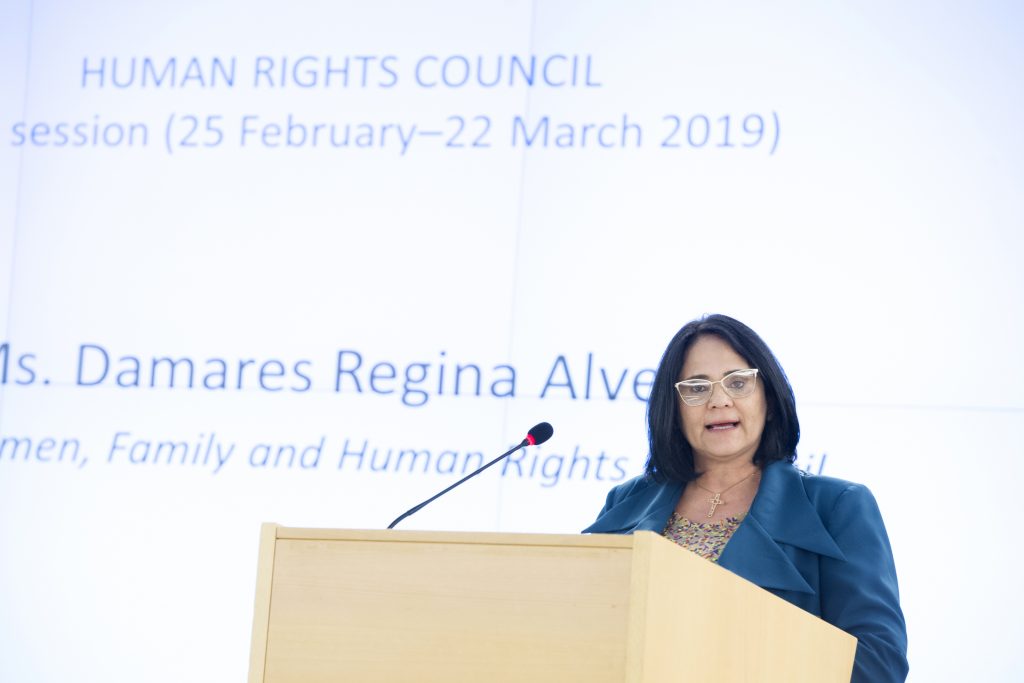 Damares Alves, Minister of the recently created Ministry of Women, Family and Human Rights gave her first international speech and was the target of criticism by a number of feminist collectives and organisations that defend human rights.

In her speech at the 40th session of the UN Human Rights Council, in Geneva (Switzerland), Damares stressed that she will defend “life from conception”, reinforcing the criminalisation of abortion.

Subsequent to her speech, Conectas and another 28 organisations from all over Brazil, signed a public note repudiating the minister’s stance. In a symbolic gesture, the document was published on Friday 8 March, International Day of the Women’s Movement.

The manifesto says that the speech goes against that which is set out in the 1988 Constitution that does not make provision for the right to life from conception.

In addition, it highlights that the minister fails to take into consideration the Brazilian reality where there is a high rate of illegal abortions. Neither does she take into account global agreements that recommend safe abortion, signed by Brazil.

Finally, the document also criticises the stance and legislative suggestions of the Bolsonaro government that directly affect the lives of women and other minority groups, such as easing gun control.