A state that is open to broad, diversified participation has been the keystone of the democratic advances seen since the 1988 Constitution 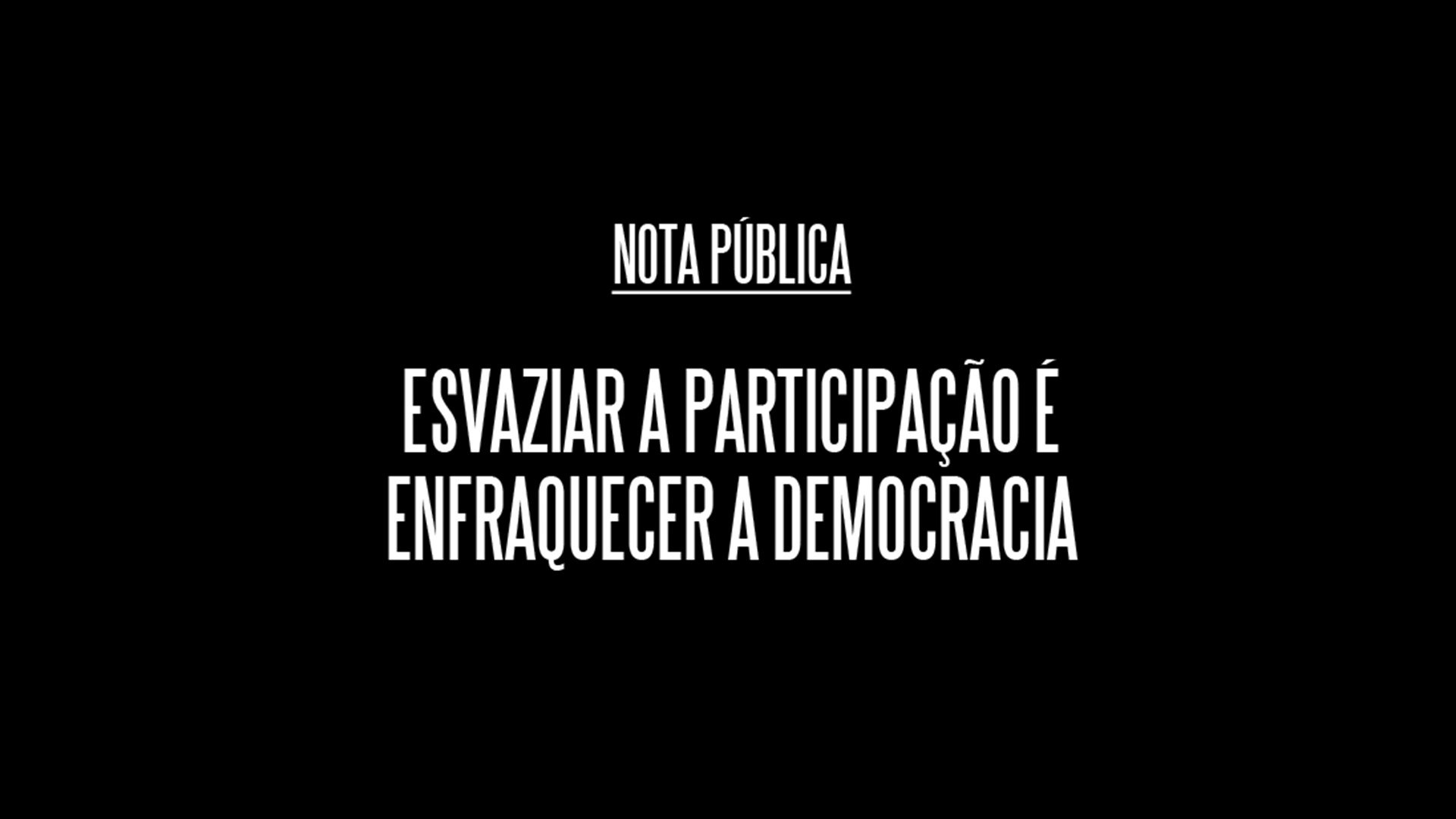 The construction of Brazilian democracy has been heading in this direction over recent decades and has progressed consistently, developing and institutionalising tools for social participation that allow a variety of players to formulate, supervise and evaluate public policies at the federal, state and municipal levels. This accumulated experience made it legitimate for the country to become a member of the group of founding nations of the Open Government Partnership (OGP). This a multilateral initiative of the United Nations for the global promotion of more transparent, participative and democratic governments and this turned Brazil into an international benchmark on this matter.

Government initiatives aimed at reducing and undermining members of the group such as boards, committees and commissions etc are going against the tide of democratic development. Constructive criticism of one or more organs is welcome in the process of streamlining participation styles. However, their unilateral abolition represents a huge setback. Instead, we need to work towards improving them, finding new methodologies and developing processes that will make them even more inclusive, diverse and effective. We all have the mission and the desire to strengthen these spaces, so that proposals for changes to participation mechanisms, can be widely discussed with society and never imposed from above.

Decree number 9.759/2019, published by the President of the Republic on 11 April 2019, makes provisions for the extinction of a number of bodies of the federal public administration, without any kind of consultation or public debate. This widespread abolition further reduces the spaces for dialogue between civil society and the government, restricts active listening to demands for public policies and limits diversity of ideas and visions, a vital aspect of democracy.

This is a setback that does not contribute to the challenges facing our country. The undersigned organisations lament and repudiate this measure and will continue to pool their efforts in order to guarantee the continuity of social participation mechanisms that are, as previously stated, a constitutional victory for Brazilian society as a whole.