Modern slavery: how the pandemic and the state of poverty contribute to this situation

Eighteen years after the Unaí Killings, Friar Xavier Plassat talks about the relationship between slave labor and environmental crimes, and the increase in the number of inspections and rescues in 2021 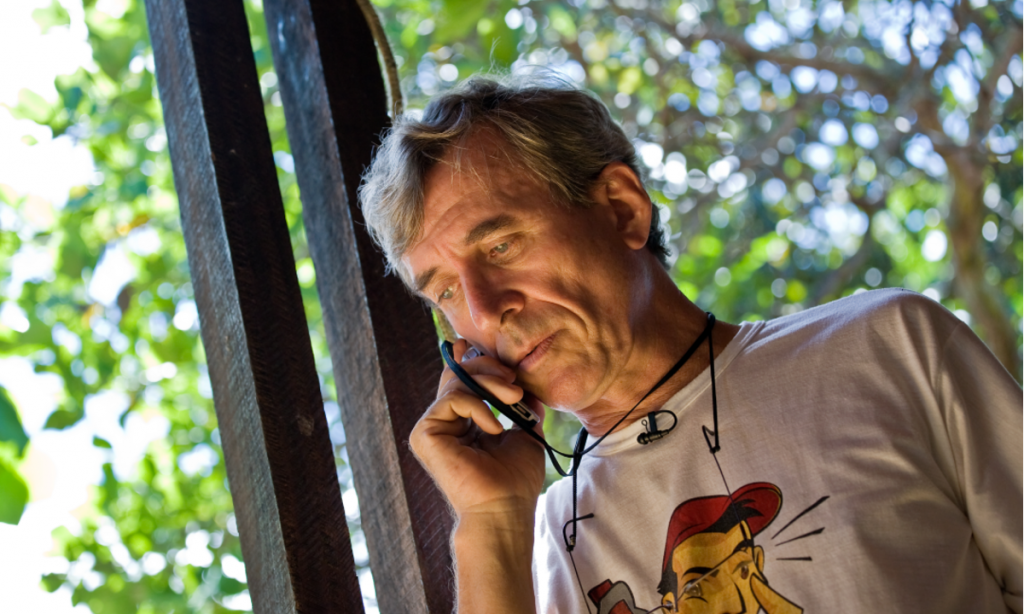 On January 28, 2004, four employees of the Ministry of Labor, including three labor inspectors, were executed with a shot to the head. The employees were investigating complaints of slave labor on farms in the region of Unaí, in the state of Minas Gerais. Since 2009, the date of the Unaí Killings has been observed as National Day to Combat Slave Labor, in honor of the inspectors Nélson José da Silva, João Batista Soares Lage, Eratóstenes de Almeida Gonçalves and the driver Aílton Pereira de Oliveira. The architect of the crime, former mayor Antério Mânica, was convicted to 100 years in prison, but had his sentence annulled by the TRF1 appeals court in 2018 and is awaiting a new trial.

Currently, lack of accountability for crimes is just one of the problems of contemporary slavery, as the pandemic has made the situation even worse, according to the French friar, Xavier Plassat. As coordinator of the national campaign against slave labor of the Catholic Church’s Pastoral Land Commission (CPT), he argues that the undermining of labor laws and the state of poverty in the country – which pushed more than 19 million Brazilians into hunger last year – has caused the most vulnerable people to be forced to take jobs that dehumanize them.

Living in Brazil since 1989, Friar Xavier has been fighting for over thirty years to put an end to modern slavery, without losing his indignation. “By the grace of God, I have kept my ability to rebel intact,” he said, remembering when he was a young man during the French demonstrations of May 1968. “I often say that I learned what I know from the grassroots university of the streets of Paris. I was 18 years old at the time. I took part, body and soul, in the student revolution. And this was instrumental in my development. Some people grow accustomed to situations, but today I live in a region where this is difficult. Every day we discover scandalous things.”

In an interview with Conectas, speaking about the municipality of Araguaína, in the state of Tocantins, the Dominican friar commented on the relationship between slave labor and environmental crimes, and the increase in the number of inspections and rescues made in 2021.

Conectas – How has the pandemic impacted the combat of slave labor in Brazil?

Frei Xavier Plassat – The pandemic has added another aggravating factor to an already very alarming situation, marked by a high and growing unemployment rate and despair by people who need a job, in addition to the adverse effects of the labor reform, which has enabled a normalization/legalization of abusive forms of labor exploitation.

Obviously, the “anything goes” approach of the Bolsonaro government’s mismanagement opened the floodgates even wider, especially due to the discrediting of all state oversight (primarily in the labor and environmental areas). To these factors, the pandemic added an even greater burden for particularly vulnerable groups, causing situations of extreme poverty and hunger that until then had largely been overcome. Hungry people are pressed for time. More than ever, for many Brazilians, any job is better than no job at all.

Conectas – When people face hardship, they end up accepting any type of work…

Frei Xavier Plassat – Yes. A sign of this trend is the reduction in the number of complaints registered until recently: at the CPT, our Campaign used to receive an average of 50 to 100 complaints of slave labor per year until 2013. This number then dropped to between 10 and 20. Other complaint channels also saw declines. But recent data show that complaints increased again in 2020, and even more so in 2021. In the Slave Labor Eradication Division (Detrae), the number doubled.

It is also necessary to highlight, among the most apparent difficulties, the deliberate freezing and then withdrawal of public funding for labor inspections, resulting in fewer operational resources and an enormous shortage of Labor Inspection staff: over the past ten years, there has been a reduction of nearly 45% in the number of Inspectors and of almost 70% in the funding for the area. The last public service recruitment exam took place in 2013. The existing demand today is for more than 1,500 additional positions, or nearly 40% of the existing staff.

Finally, the Ministry of Labor and Social Security – reestablished in July last year – is now the ministry most affected by the president’s vetoes to the 2022 Budget: if things stand, the ministry will get BRL 1.005 billion of the total BRL 3.184 billion of cuts made to the text approved by Congress.

Conectas – Nevertheless, wasn’t there an increase in the number of inspections and rescues in 2021?

Frei Xavier Plassat – The data available for 2021 demonstrate an impressive inspection record, but they indicate that there is a shameless tendency among certain employers to take advantage of the increased insecurity of the working class. According to the Labor Inspection Department, 2021 ended with a record number of inspections (more than 440 establishments were inspected, compared to an annual average of 262 in the previous 7 years) and rescues (more than 1,900, compared to the previous average of 1,004).

The operations conducted by the national Mobile Inspection Group represent just 34% of this total (nearly 150 inspections), illustrating the significant role played by the regional inspection departments (67% of the total, or nearly 290 inspections). For example, in the states of Minas Gerais (74 inspections), Goiás (39), Tocantins (22), Rio de Janeiro (22) and São Paulo (21).

Conectas – What explains this increase in the number of inspections and rescues, considering the current precarious situation?

Frei Xavier Plassat – It’s hard to say. I have the impression that the inspectors are working miracles — and I don’t say that because I’m a Dominican. We are lucky to have very tough groups of inspectors, especially in Minas Gerais. Perhaps also, for a time, workers didn’t want to file a complaint because they hoped things would improve. But it appears that, in 2021, they got tired of waiting, driving them to make the complaints. But this is purely hypothetical, I really don’t have the key to interpret this very clearly.

Conectas – Between 2003 and 2014, an average of 3,704 workers in slave labor conditions were freed per year in Brazil, according to the CPT; in subsequent years, between 2015 and 2020, the average fell to 941. Does this reduction reflect an improvement in the situation or the invisibility of the cases?

Frei Xavier Plassat – Various indicators point to a greater risk of invisibility. To understand the sharp drop in the numbers – always remembering that the numbers do not reflect reality – it is necessary to consider several factors that have significantly changed the situation of labor exploitation, both rural and urban, as well as the engagement of society and the State in the combating of slave labor.

In the early years, the combat of slave labor was essentially focused in the Amazon, and in the North and Center-West regions, where the first major complaints were made (by Pedro Casaldáliga, who helped found the CPT). From 2003 to 2012, 71% of the identified cases and half of the rescues were made in the Amazon. Slave labor outside the countryside was practically absent from the numbers for this period, representing just 4% of the rescues. The dominant activities in which slave labor was found were: deforestation and work on livestock pastures (35%), sugarcane plantations (25%), croplands (19%) and charcoal kilns (9%). With an annual average of 2,500 people rescued between 2007 and 2009, sugarcane in these years represented half the annual total. Its almost complete disappearance in later years is the main reason behind the reduction in the total number of rescues nationwide. The ban on burning land and the subsequent mechanization of production contributed summarily to the reduction. Meanwhile, environmental pressure also likely slowed down the pace of deforestation.

Furthermore, the improvement of technology, which reduces the manual component of labor, probably contributed to a reduction in the average number of workers found in the inspected establishments.

Conectas – How has the monitoring conducted in other regions changed the profile of the type of slave labor?

Frei Xavier Plassat – The respective proportions of each type of activity have changed profoundly: rescues in non-rural activities began to represent a significant portion in 2009, making up more than 1 in 4 rescues (average 2013-2021: 28%), including mainly civil construction (16%), clothing (4%) and miscellaneous services (8%). In rural areas, in addition to livestock (13%) and agricultural monocultures (34%), the following stand out: charcoal and plant extractivism (7% each) and mining and lumber (5% each). After a brief eclipse between 2013 and 2018, charcoal has made a strong comeback over the last 3 years, in the areas around the Minas Gerais state steel industry.

The most visible change is precisely the growing preponderance of the Southeast region in inspection and rescue statistics: this region has in recent years (average 2013-2021) accounted for 1 in 3 inspections and for half the people found working in slave labor like conditions. Meanwhile, the Northeast (20%) and Center-West (13%) have overtaken the North (12%).

If we can conclude from this that slave labor situations have been made visible in regions and activities that were previously less inspected, there is still serious doubt as to our ability to keep the reality of slave labor visible in previously more prominent regions, in particular the Amazon.

Conectas – Does the concentration in the Amazon prove that slave labor is closely related to environmental crimes?

Frei Xavier Plassat – The concentration of cases in the Amazon is a result of the historical process of land occupation of the region, encouraged by the government during the period of the Military Regime – based on false promises for small farmers and lots of financial support for big ones: “A land without people for people without land”. This process was intended primarily to convert areas of native forest into pasture for raising cattle – and secondarily to supply charcoal to the steel mills installed in Marabá (state of Pará) and Açailândia (state of Maranhão), using labor brought in from the poor corners of the North and Northeast regions. The first complaints of slave labor in the region of Araguaia (states of Mato Grosso and Pará) took place in this context – as can be seen in Pedro Casaldáliga’s pastoral letter from 1971.

But the question about slave labor and environmental crimes is still very topical. Beyond the Amazon, where the situation remains increasingly invisible due to the limitations of both environmental and labor oversight, monoculture is expanding in the Cerrado scrubland, in the region known as MATOPIBA (in the states of Maranhão, Tocantins, Piauí and Bahia).

Conectas – What have been the most significant advances in the fight against slave labor?

Frei Xavier Plassat – Although it is one of the public policies that causes the most inconvenience, that receives the most criticism and that is most resisted (as can be seen from the successive and failed attempts to undermine the legal definition of slave labor in article 149 of the Brazilian Criminal Code), I see that the fight against slave labor has been consolidating as a State policy since 2003, with effective coordination between the federal and state governments and active participation by civil society – there are 16 State Commissions for the Eradication of Slave Labor (Coetrae) working together with the National Commission for the Eradication of Slave Labor (Conatrae), within a legal framework that is considered sophisticated internationally and with the support of international decisions that have strengthened us.

Achievements in recent times include: the significant mobilization around historical dates in the fight against slave labor: January 28 (Unaí Killings) and May 13 (Abolition); the production of the film “Pureza”, by Renato Barbieri, which is scheduled to be released in May; the establishment of the National Flow [service for victims of slave labor] by Conatrae; the creation of a national online reporting system, the Ipê System; and the uniting of the topics of slave labor and human trafficking after the implementation of the Palermo Protocol and its incorporation into national legislation (Art. 149-A of the Brazilian Criminal Code).