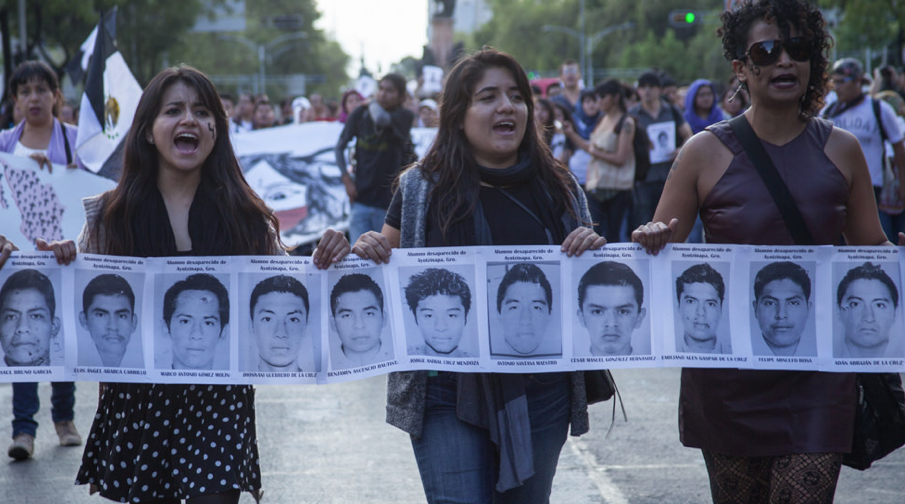 On October 9, more than 100 organizations representing Mexican civil society blamed the Mexican government in an Open Letter for the disappearance in September of 43 students following an encounter with the local police in the state of Guerrero.

At the incident on September 26 in the region of Iguala, in addition to the 43 disappearances, six students were killed and another 20 were wounded. The students, all from the Ayotzinapa College – known for training community leaders – were confronted by police during a demonstration.

In the letter, the organizations condemn “the serious human rights violations committed by the Mexican State at different levels of government. These include extrajudicial executions, forced disappearances and the lack of an effective protocol to search for missing people, as well as direct channels for consultation and information on the investigations for the relatives.”

The organizations point out that the state of Guerrero is a recurring site of serious human rights violations and that, since 2012, a total of 4,397 murders have been officially recorded. There have also been several cases of torture.

“This situation is not limited to Guerrero and on the national level there has been an undeniable increase in violence. The dismantling and paralysis of State institutions makes them incapable of guaranteeing the life and integrity of the people and has permitted the rise of insecurity and terror,” reads the document.

Conectas has joined the Mexican organizations in demanding:

1 – That all the missing students immediately be presented alive. To do so, investigations must be conducted quickly and in accordance with the highest international standards, with the collaboration of all the competent authorities.

2 – The identification of more than 20 bodies found recently in secret graves.

3 – The identification and punishment of the culprits without the crime being conveniently blamed on organized crime, but instead with the police officers being investigated and punished.

4 – That information on the searches be provided to the relatives of the missing students, together with due protection and respect.

Conectas Human Rights expresses its solidarity with the families of the disappeared, the wounded, the dead and the young people from the “Raúl Isidro Burgos” Rural College of Ayotzinapa.