On the first day of his administration, the president restored funding for environmental programs and abolished policies that made gun ownership easier 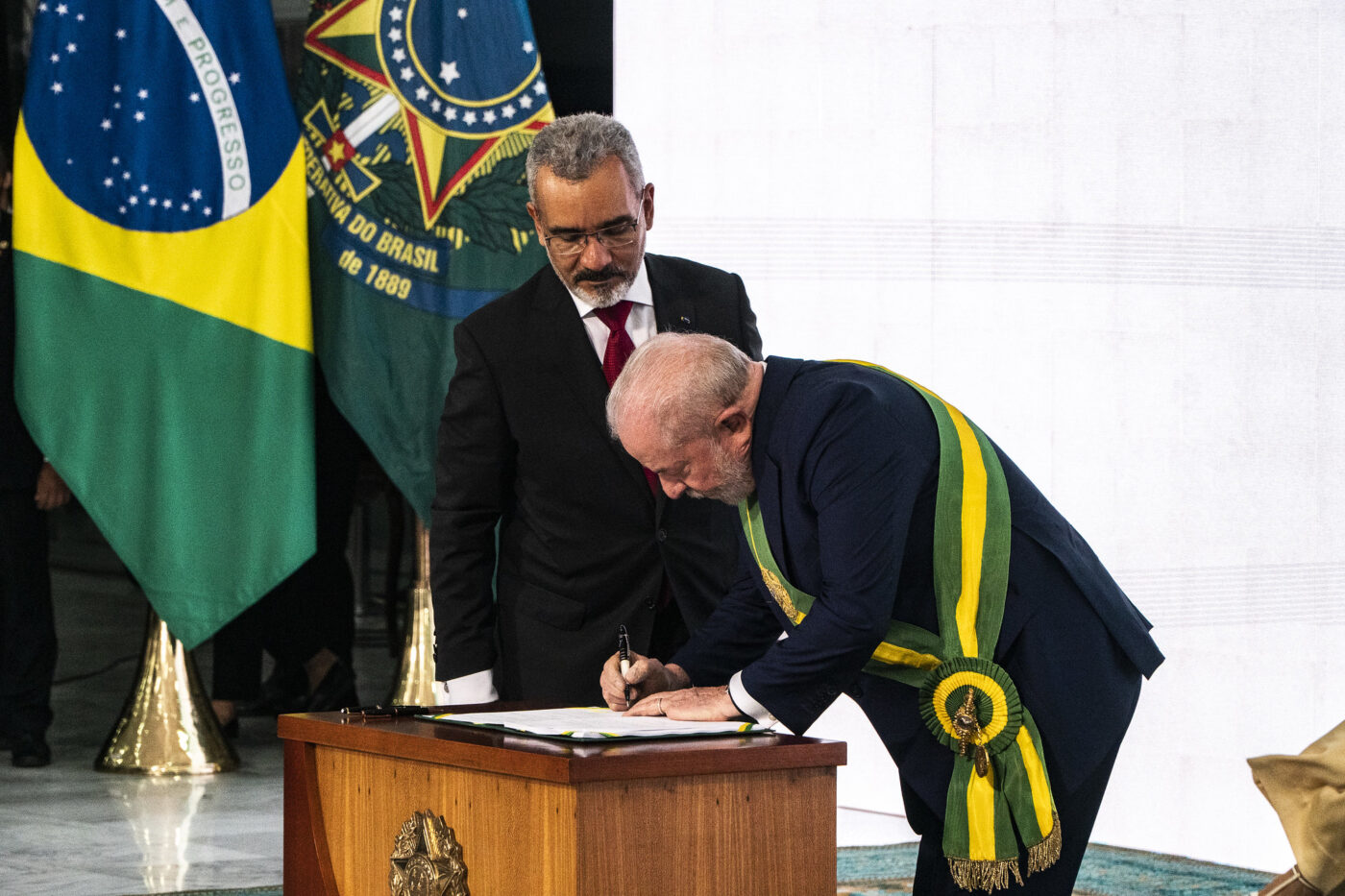 In one of the first administrative measures of his government, President Lula, on his first day in office, repealed a series of policies introduced by his predecessor, Jair Bolsonaro, that have caused setbacks in human and socio-environmental rights.

Lula signed decrees and provisional measures that, among other things, reinstated environmental funding programs, such as the Amazon Fund and the FNMA (National Environment Fund), the oldest environmental fund in Latin America; banned artisanal mining on indigenous lands; and repealed the rules facilitating the ownership and bearing of arms.

The director of litigation and advocacy at Conectas, Gabriel Sampaio, explains that the new decrees signed by the president establish important measures for the control of firearms. “The creation of a Working Group with civil society participation to discuss the new regulatory act and the suspension of new licenses for CACs [collectors, sports shooters and hunters] and shooting clubs, established by the new decrees, are fundamental measures for the disarmament policy. However, it is also necessary for the current government to establish an efficient policy to remove the excess guns in circulation, as well as to curb the illegal diversion of weapons and ammunition”.

Data from the last Annual Security Report published by the Brazilian Public Security Forum reveal that during the Bolsonaro government, there was an increase of 473% in the number of people with gun licenses.

According to Júlia Neiva, director of strengthening the human rights movement at Conectas, the repeal of policies that dismantled social and environmental rights is an important measure for restoring environmental protection. “The repeal of the decrees that abolished environmental and social programs, such as the Amazon Fund, is one of the first and most urgent steps to re-establish policies to tackle the climate emergency we are experiencing. We hope that these measures will be followed by a real commitment to restructuring Brazil’s environmental and social policies to combat deforestation and reduce emissions, as well as respect for the rights of indigenous peoples”.

In 2019, the Bolsonaro government issued a package of decrees that suspended the activities of the Amazon Fund. The decrees eliminated the body’s Technical Committee and Guidance Committee, blocking approximately R$1.5 billion in funding that would have been spent on projects to combat and prevent deforestation in the Amazon. In 2020, Conectas was admitted as an amicus curiae in a case in the Supreme Court that challenged the decrees (ADO Case No. 59) and defended the extension of the scope of article 225 of the Constitution to guarantee climate security for present and future generations. In a decision in November 2022, the Court ruled that the suspension of the Amazon Fund represented a violation of the Constitution and ordered its reactivation.