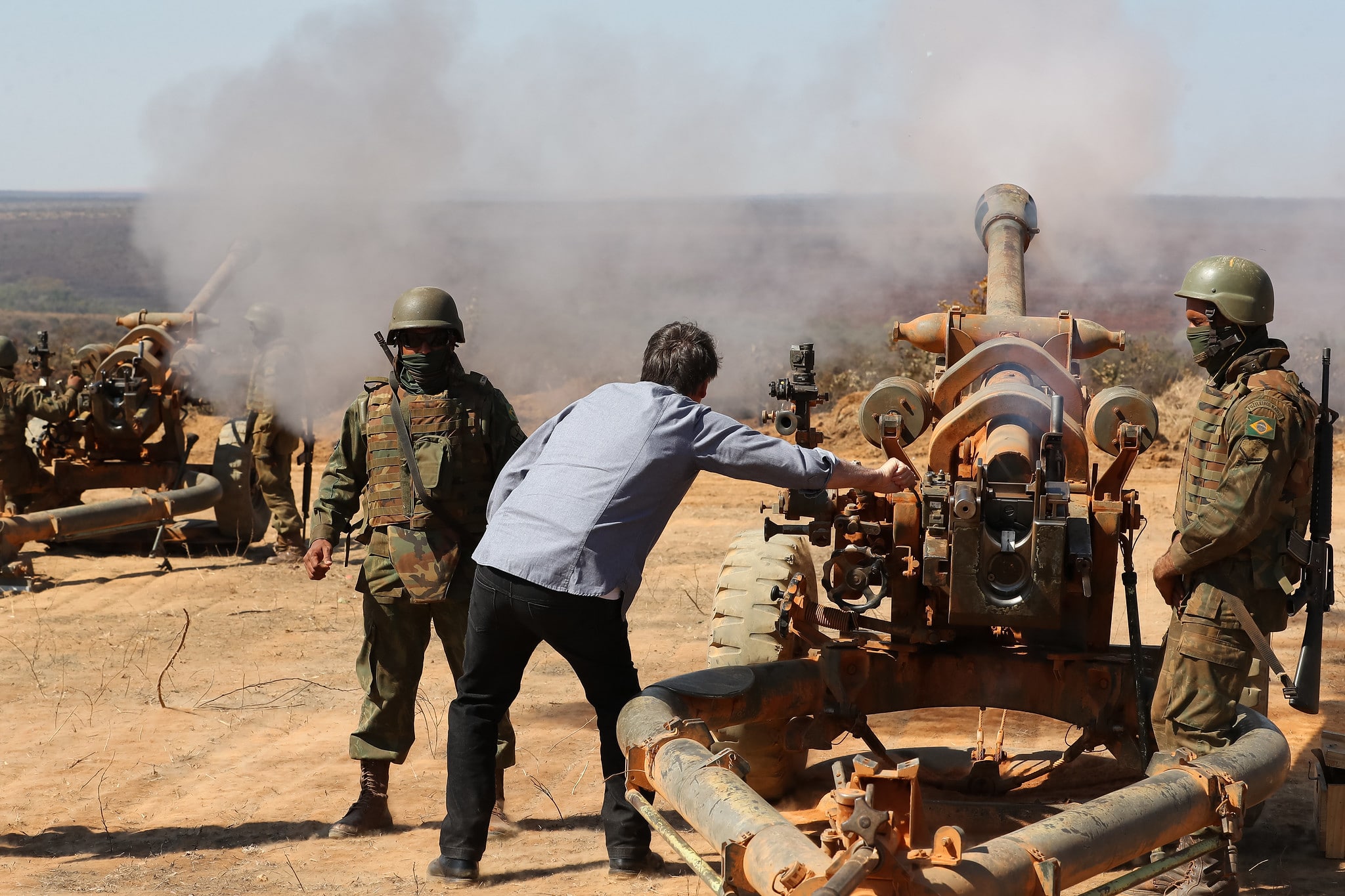 The Lower House of Congress is expected to vote today, December 1, a request to fast track Bill No. 1595/2019 that deals with “counter-terrorist actions”. Drafted by Congressman Major Vitor Hugo, the bill establishes, among other things, the creation of a “secret police” made up of State bodies and directly controlled by the President of the Republic. If the request is approved, it could speed up the entry of the bill onto the house’s voting agenda.

Approved in a special committee of the Lower House in September this year, Bill 1595/2019 uses vague “counter-terrorist” justifications to create mechanisms that can criminalize social movements and other organizations, expand unconstitutional surveillance and exempt government agents who commit crimes. The bill is a rewriting of a proposal submitted in 2016 by President Jair Bolsonaro when he was a federal congressman.

This Wednesday, December 1, more than 100 civil society organizations, which had already expressed their opposition to the bill on a previous occasion, launched the campaign “Struggle is not a Crime” to try to stop the passage of the legislation through the National Congress.

According to the organizations, the most critical aspect of the bill is the creation of a National Counter-Terrorism System and a National Counter-Terrorism Policy, which will be established by the Institutional Security Office of the Presidency of the Republic. These mechanisms will have the purpose of coordinating the preparation and employment of military, police and intelligence units in counter-terrorist actions and they will provide information for possible decrees for federal intervention, state of defense or state of siege in the event of “repressive actions in national territory”.

In practice, the project creates a “secret police” formed by the Armed Forces, the Federal Police and ABIN (Brazilian Intelligence Agency), under the direct control of the President of the Republic, which will have broad access to private data and privileged information on all citizens, especially opponents of the government.

The creation of this mechanism is even more alarming at a time when the stigmatization, persecution and criminalization of dissenting voices and social movements in Brazil has been encouraged by political leaders linked to the federal government. Added to this situation is the arbitrary and abusive use of existing criminal legislation by President Jair Bolsonaro to intimidate opponents, social leaders, journalists and lawyers. Two of the best-known cases are the indigenous leader Sônia Guajajara and the social media commentator Felipe Neto, who were both prosecuted under the now-extinct National Security Law for criticizing the President of the Republic.

Therefore, the Brazilian Congress, in alignment with this authoritarian process, has been making attempts to expand anti-terrorism legislation that could step up the persecution of opponents of the Bolsonaro government, especially in the context of the 2022 elections.

In addition to creating a “secret police”, the bill establishes a concept of terrorism that is based on broad and poorly defined criteria. In a technical report on the bill, Conectas, the Criminal Justice Network and the Brazilian Criminal Sciences Institute stated that “in this proposal, there is no element that differentiates an ‘act of terrorism’ from common crimes, as the only requirements to constitute such an act are that they be ‘hostile to human life or effectively destructive in relation to any critical infrastructure, essential public service or key resource’. Furthermore, these acts do not even need to materialize, since it is enough for the agent to ‘appear to have the intention’ of causing them”.

The bill also authorizes the investigation and punishment of so-called “preparatory acts”. In other words, it creates forms of police intervention without the need for a crime to actually have happened, as mere intentions can be considered crimes. Another problematic aspect of the bill is the part that states that if a government agent, in legitimate self-defense, causes the death or injury of people in a counter-terrorist action, they may be exempt from liability.

United Nations Special Rapporteurs have already requested that Brazil not proceed with the passage of the bill during the Covid-19 pandemic, due to the high risks it poses to fundamental rights, in particular freedom of expression and association. In September, the United Nations High Commissioner for Human Rights, Michelle Bachelet, expressed concern over the bill and warned about possible abuses against social activists and human rights defenders if the proposal is approved by Congress.