Interview: Dandara Rudsan’s struggle for trans rights in the Amazon

In the month that marks the celebrations of International Women’s Day, the activist Dandara Rudsan talks about trans visibility in the Amazon and the defense of women’s rights in one of Brazil’s most dangerous cities 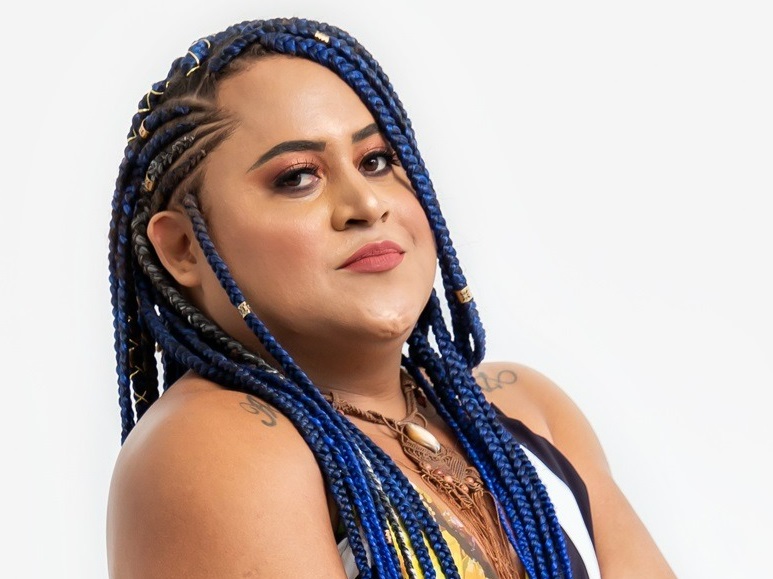 Dandara Rudsan’s life cannot be dissociated from her struggle for the defense of human rights. “It was my struggle for the defense of human rights that rescued me and brought Dandara into the world,” said the activist, who is a spokesperson for the Black Initiative for a New Drug Policy and founder of the Amazon LesBiTrans Group and Nepaz (Strategic Center for Human Rights and the Promotion of Peace).

In 2012, after graduating in law in the city of Araguaína (in the state of Tocantins), she had to return to Altamira (in the state of Pará) to help her parents who were at risk of being evicted ahead of the construction of the Belo Monte hydroelectric dam. During this time, she was going through a gender transition process and was thrown out of her parent’s house.

Today, at the age of 32, studying for a master’s degree in anthropology in the state of Belém, Dandara is fighting for the rights of transexual women, transvestites and cisgender women who are literally marginalized. For nearly two years, she was homeless herself, attempting to feed herself during the day in the city and then crossing the Xingu River by ferry to spend the night in the forest. “It was devastating mentally and I still struggle to recover to this day. Survival was a major challenge, not only externally but internally as well. I had to fight to not stop believing in myself,” she said, recalling the importance of the black movement for her recovery. “The black movement viewed me in another way, as a woman who works with the law. It was through being part of this movement that I understood what my mission was: to put my life and my efforts behind what rescued me.”

The activist spoke to Conectas about the importance of networks and the difficulties raising the visibility of the issues of trans women and transvestites who live in the Amazon.

Conectas – Until the start of the year, you were living in Altamira. According to the Atlas of Violence of Brazilian Municipalities, between 2000 and 2019 the murder rate per 100,000 inhabitants rose from 11.3 to 133.7 in the region. What’s it like to be a human rights defender in one of the most dangerous cities in Brazil?

Dandara Rudsan – The word that best describes it is challenge. It’s a huge challenge, a challenge for life itself. But that’s the risk we take. As a black transvestite woman, I have no other choice, because defending human rights is to defend my own life.

Being part of this group represents a greater challenge, because we don’t have strong legislation that protects us. All we have as transvestite and transsexual women are decrees, resolutions and precedents that are very difficult to enforce. They are things that can collapse from a tremor in democracy. While cisgender women also face challenges, they have, for example, the Maria da Penha Law and international conventions that address them specifically, since the concept of women held by society is a cisgender concept. This puts us in a position of vulnerability and invisibility in terms of legal protection. And when it comes to the issue of defending human rights, it gets even worse.

A very clear example is the protests. The number of cisgender women at a protest like the one on March 8, for example, is much higher. Imagine if an event like this was repressed. Cisgender women have a different mechanism than transgender women. We are practically unprotected. This is why defending human rights as a transvestite woman is much more challenging.

Conectas – Do you think the situation is even more challenging for people who do not have an academic background and have less access to information?

Dandara Rudsan – When society sees a transvestite body, it doesn’t care if it is educated or not. The lethality is the same. I’ve got a law degree and a postgraduate, and I’m still scared to leave home and I have my own safety procedures. I’m 32 years old and I live in a country where the life expectancy of a transvestite is 35. I am very afraid of not even reaching that age. The challenge is general, regardless of schooling.

Those of us who make up this small percentage of achieving a place in higher education have an additional challenge, which is to create mechanisms to call for changes in public policies, and to mobilize our companions who do not possess these tools so they can do the same. Having a political presence is very important for us to achieve improvements.

Conectas – What are the main difficulties to raise the visibility of the issues of trans women and transvestites in the Amazon?

Dandara Rudsan – The main challenge is to communicate what is happening here to the rest of Brazil, to expose the reality of trans women and transvestites who live by the rivers and in the forest. This is why I emphasize the importance of networks. When we think about transvestite and transsexual women, we imagine them in urban contexts, we don’t imagine the lives of those who live along the banks of the river, who are fisherwomen, who work in family farming to feed the country, who are extractivists or artisans.

For the 14th consecutive year, according to Antra [National Association of Transvestites and Transsexuals], Brazil is the country with the most murders of transvestites, transsexuals and transgender people in the world. Imagine if we counted those who were killed anonymously along the rivers and in the forests? Visibility in the Amazon is an issue that is directly related to survival.

But, in general, the main difficulty both in the Amazon – in the state of Pará – and in the rest of Brazil is awareness. Because transvestites and transsexuals are not just murdered, they are killed with particular cruelty. Last year, three had their bodies burned in the public square. There are never any mass protests or demonstrations. Sensitivity over a transvestite body that perishes is very shallow, it barely exists.

Conectas – Is that why the Amazon LesBiTrans Group was created, in 2018? To help give visibility to this issue?

Dandara Rudsan – Exactly. This was the genesis of LesBiTrans, because Altamira is a very religious city, a city in the countryside where even the feminist movement does not address issues such as abortion or drug use, because the main movements were founded by ecclesiastical communities in the 1990s. So, today, conservatism is very deep-rooted and this is reflected in our struggles. LesBiTrans is the first LGBT+ group in Altamira to work exclusively on the human rights agenda of the LGBT+ community. There have been other movements, but they only worked on the cultural part, they did not address human rights issues in any depth. Our main goal is to build bridges and work on issues that are often ignored. It’s an enormous challenge.

Conectas – What are the bridges that have been built by the group since its creation?

Dandara Rudsan – The first major bridge that we built was with the Elas Fund. I’m not talking about just the financial support, but also the resulting collaboration, through the ‘Women on the Move’ event, which brings together rights defenders from various parts of the world. Thanks to this, LesBiTrans has managed to engage in networks that are in place to this day. We have also received the support of the Brazil Fund, which is also ongoing.

More recently, we are proud to have contributed to the creation of Comunema (Maria-Maria Black Women’s Group), a group of cisgender black women we work together with. We are revolutionizing the agenda because it’s the first group of cis and trans women to come together to address sensitive issues that other movements don’t even want to touch. We joined forces and only managed to survive in Altamira because of these alliances we built. This is why I emphasize the importance of networks.

Conectas – What are the most recent achievements?

Dandara Rudsan – Through the bank Itaú Unibanco and the +Diversity Institute, we set up a course for four groups on employability exclusively for LGBT women. LesBiTrans is also one of the organizations that forms the Black Coalition for Rights, and throughout the pandemic we distributed, in Altamira, over the past two years, more than 3,000 boxes of food staples to LGBT people, as well as kits to protect against Covid.

Another recent achievement was the creation, in partnership with Comunema, of the Strategic Center for Human Rights and the Promotion of Peace (Nepaz), an organization that won the 2021 Republic Award from the National Association of Federal Prosecutors (ANPR).

Conectas – What does Nepaz do?

Dandara Rudsan – Nepaz is a center that receives, reviews and forwards complaints of rights violations against transvestite, transsexual and cisgender women who live along the rivers and in the forest. We can even receive complaints via amateur radio and we forward them to the appropriate public bodies. Overall, Nepaz has proven to be a major success as a bridge for all these companions. What’s more, after joint dialogue between women’s movements and LGBT movements, we set up the first Municipal Council for Women’s Rights, in Altamira.

Conectas – How has the struggle for the rights of these women strengthened you?

Dandara Rudsan – I am a reflection of my companions. When I see one of them being inspired by something I say or a project I participated in, it emboldens me. I see myself in them. When a woman who has been violated finds herself, she is empowered, and that’s amazing, it strengthens me a lot because I find myself too. It’s us connecting and affirming ourselves as women.