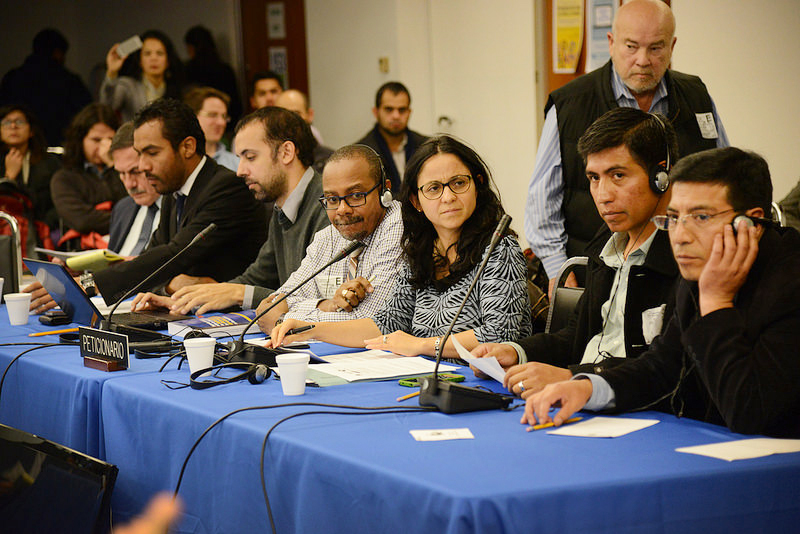 On Friday (October 3), for the second time this year, Brazil was criticized in the IACHR (Inter-American Commission on Human Rights) of the OAS (Organization of American States) for violations committed by the State during the repression of street protests. On the first occasion, Brazilian diplomats ignored the complaints and left unanswered more than 200 cases of violence presented by civil society organizations.

Now, in a thematic hearing on the criminalization of human rights defenders on the continent, the country has been accused of abusively resorting to criminal law to restrict the activities of demonstrators, journalists, lawyers and first-aid workers during the demonstrations against the World Cup.

“In Brazil today, as a result of the World Cup, human rights defenders are having to cope with a criminal crackdown instituted and encouraged by the State,” Rafael Custódio, coordinator of the Justice program at Conectas, told the IACHR commissioners.

According to Custódio, this crackdown is demonstrated, for example, by the wide-scale abusive searches and the indiscriminate use of arrests for questioning and on charges of contempt.

As an example, he mentioned the detention of the activists Rafael Marques and Fabio Hideki (and their release 45 days later due to insufficient evidence) and the arrest of the lawyers Silvia Daskal and Daniel Biral.

In his opinion, the violations can be explained by the unprecedented coordination between the Executive, Legislative and Judicial branches ahead of the Word Cup to ensure the success of this major private event. “This joint strategic action had the main purpose of repressing, discouraging and criminalizing human rights defenders.”

In addition to Conectas and Justiça Global, from Brazil, another 23 organizations from at least eight other countries presented similar cases to the Commission.

Watch the hearing in full below: