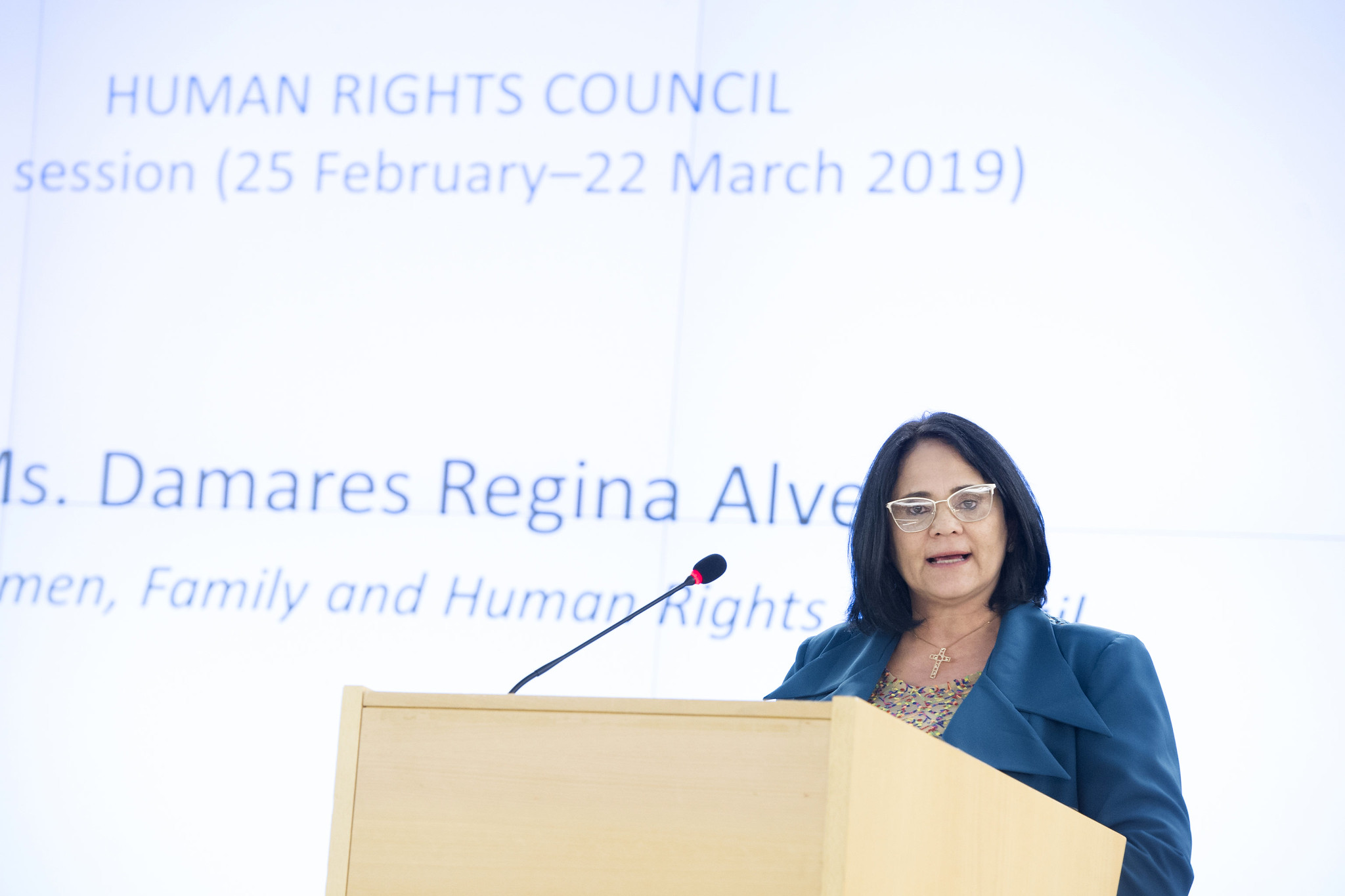 According to a preliminary report presented by the federal government that is to be sent to the United Nations, Brazil claims to be a country that fully ensures social democratic participation, develops policies that promote racial and gender equality and respect to all ethnic groups and invests in combatting LGBT phobia and violence against women and other groups.

The 213-page document – the preliminary version of which appeared in August – was put together by the Ministry of Women, Family and Human Rights to fulfil a commitment made to the UN during the 27th session of the Human Rights Council, in May 2017. In this period the Brazilian state was undergoing an interview process involving all the member countries in a procedure known as the UPR (Universal Periodic Review).

The objective of this mechanism is to evaluate nations’ human rights policies through interviews, which take place every 4 and a half years. In the middle of this period, countries can voluntarily publish a report on how they are fulfilling the recommendations received from other member states, that they had agreed to meet.

According to the preliminary report by the Brazilian government, the country is fully complying with the 242 recommendations it agreed to at its UPR. However, analysis carried out by civil society organisations, such as Conectas, Geledés – Instituto da Mulher Negra, Instituto de Desenvolvimento e Direitos Humanos, Campanha Nacional pelo Direito à Educação and Justiça Global, found the country has only fulfilled one out of the 163 items evaluated.

“I would like to live in the ‘Brazil’ that is portrayed in the government report. The document is dishonest and portrays an imaginary reality,” argues Camila Asano, Conectas Programme Coordinator.

“Many of the public policies lauded in the report have been either dismantled or are currently suffering serious attacks. For example, the new Migration Law is signalled as a landmark in the protection of migrants, but the report absolutely fails to mention the serious setback imposed in this area by the Justice Ministry’s Ordinance 666 that provides for the summary deportation of migrants. It is also alarming that there is nothing about investigations into the execution of the councilwoman Marielle Franco and her driver, Anderson Gomes in the preliminary report. One year and five years after she was murdered those behind the order to commit this crime have still not been held accountable.” Camila said.

The ministry, headed by Damares Alves, opened a public consultation in which civil society could contribute with observations and pose questions regarding government explanations. The deadline for analysis of the 200+ page report, however, was just one week which made it impossible to carry out a professional technical evaluation. In addition, Camila believes the ministry has failed to comply with the provision of opportunities for social participation. “During the online consultation period, Minister Damares dismissed the Executive Secretary of the National Human Rights Council, in an authoritarian fashion. This has affected the organisation’s autonomous administration This is an organisation that the preliminary report says works towards defence and respect.” She concluded.

On Thursday 19 September representatives from these organisations held an event in Geneva, in parallel to the 42nd session of the UN Human Rights Council, at which they presented their principal criticisms of the government report.

See the table below for a compilation of the criticisms: