COP26: the need for urgent action to prevent a climate collapse

In an interview with Conectas, the climate activist Paloma Costa says “if we don’t restore, don’t reforest, nothing will be left, not even ourselves” 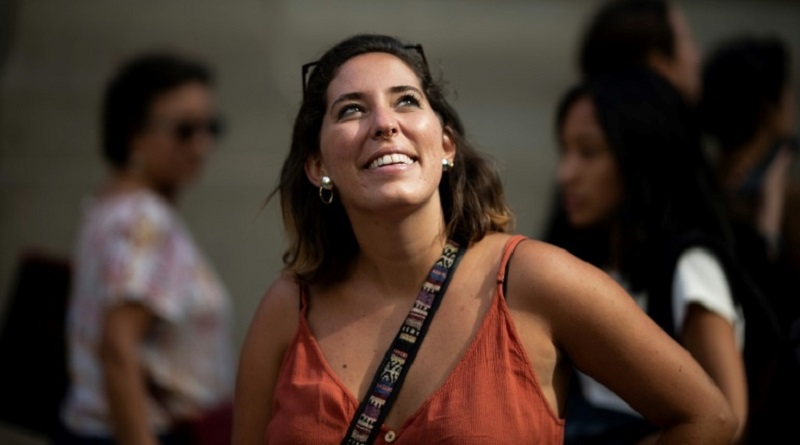 Young climate activists from Brazil want to be heard at COP26 (United Nations Climate Change Conference), which is being held in the first two weeks of November in Glasgow, Scotland. One of the voices at the global event belongs to the climate activist Paloma Costa, of the NGO Engajamundo.

Costa’s organization was created in 2012, after the Rio+20 Conference (United Nations Conference on Sustainable Development). Led by young people, the NGO works on the climate change agenda, from a perspective of combating climate injustices, promoting gender equity and proposing sustainable solutions for cities. At COP26, Engajamundo will have a delegation formed by 13 people, of whom 11 are women, the majority black and indigenous.

Costa noted that this is one of the most important climate events of the past few decades. According to her, it is perhaps the last chance for decision makers to transform discourse into concrete action to halt the destruction of the planet.

Her vision is aligned with those of international figures who are concerned with the state of the climate and human rights. The UN High Commissioner for Human Rights, Michelle Bachelet, for example, said this week that we need to put climate programs into practice and that “only urgent action can mitigate or avert disasters that will have huge – and in some cases lethal – impacts on all of us, especially our children and grandchildren”.

The Brazilian activist believes that the policies of the Brazilian government on the issue are harmful and place the country in a position of exclusion, even though Brazil has the potential to lead the strategies to build climate justice. Accordingly, Brazilians outside of government, such as civil society representatives, are taking the lead with the international community.

Born in Brasilia, Costa, along with another six activists from around the world, was appointed by the UN Secretary-General, António Guterres, in July 2020, to serve on the Youth Advisory Group on Climate Change. In an interview with Conectas ahead of COP26, she talks about the work of Brazilian activists at the event and what their expectations are.

What will be the agenda of the Brazilian youth activist delegation at COP26?

Brazilian youth will have different agendas. We are going to be quite focused on the climate justice agenda, by presenting the view that racial justice, ethnic justice and the like are fundamental to building what we call climate justice. We will also strongly address the climate education agenda and defend that it should be included in a national teaching curriculum. Another focus will be the zero deforestation agenda as a fundamental strategy for Brazil to lead climate action. Finally, we will have an ambitious agenda against deforestation, the biggest source of carbon emissions.

Young people engaged in the climate agenda are becoming more prominent in these international events. At COP26, what message do you want to send world leaders?

It’s a simple message: something needs to be done by the decision makers. If they are not committed and do not take the responsibility themselves, they can leave it to us [climate activists]. We are ready to take on this responsibility.

Given the state of climate change, what is the importance of this COP? What is at stake?

This conference has been highly anticipated by the global community, as there are major expectations that we will reach an agreement, especially on Articles 4 and 6 of the Paris Agreement [that deal with the mitigation commitments of countries, the NDCs, and with the global carbon market]. Add to this the recent IPCC report that shows that we have much less time than we think. There has been a lot of pressure from the global community, especially during this pandemic, which has shown the world the need to act urgently to avoid further collapses and fateful situations like this pandemic. Without urgent action, it will be difficult for humanity to have a future.

Do you think the discourse that urgent action must be taken by governments and international bodies — often criticized by young activists — can be transformed into more concrete actions after COP26?

I do think and hope so. The discourse must become a strategy of the global community, of governments, of nations [in defense of climate]. If that does not happen, it will be difficult for us to have a future as humanity, a future for the planet. If we do not restore, do not reforest, nothing will be left, not even ourselves.

In your opinion, will Brazil and its environmental, social and climate problems be central to the event?

On account of the latest position of Brazil, which presented a Climate Backpedaling maneuver [to circumvent the targets and commitments assumed by the country in the Paris Agreement], and this government’s ecocidal policies and environmental mismanagement, I doubt that we will get much prominence. We should probably have a place exclusion, if we don’t change our attitude. Our strategy really needs to be an ambitious plan. Brazil has the potential to lead the climate discussions, but unfortunately we choose to go in the opposite direction.