Consortium of organizations reaffirms its commitment to democracy

With the end of the election process, Pacto pela Democracy released a document in which it hails democracy in Brazil 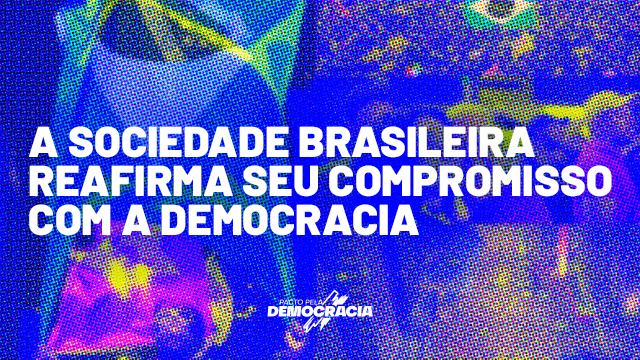 On Tuesday (08), the network Pacto pela Democracia published a document reaffirming its commitment to Brazilian democracy. In the document, the collective of civil society organizations hails the successful close of the election process, with wide participation, transparency and security.

In addition, according to the text, signed by over 60 civil society organizations, the credibility of the electoral system has been under constant attack in the last four years. However, the attacks “have not managed to undermine Brazilian society´s commitment to democracy”.

“The Brazilian population turned out in force, a record at the voting booths and they reiterated their support for the Federal Constitution and a system of guarantees, freedom and plurality”. It says in the document.

About the Pacto Pela Democracia

The Pacto pela Democracia is a civil society initiative focused on defending and improving political and democratic life in Brazil. It functions as a plural non-partisan platform, open to all citizens, social organizations and political actors who wish to join the coalition. The Pacto is made up of over 150 organizations, among them: Conectas Human Rights, Vladimir Herzog Institute, Marielle Franco Institute and Oxfam Brasil.