Complaint in the UN 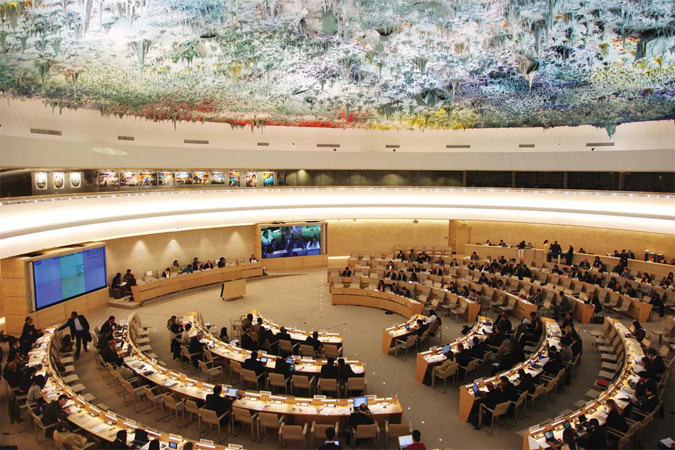 Conectas, the Maranhão Society of Human Rights and Justiça Global made an oral statement today, at 9:45 am (Brasília time) in the UN Human Rights Council, in Geneva, on the killings and other human rights abuses committed at the Pedrinhas prison, in the state of Maranhão.

In addition to decapitations and more than 60 killings at the facility since the start of last year, Conectas also spoke about the flaws in the Brazilian prison system as a whole, drawing attention to the government’s inability to address the violations.

Vivian Calderoni, a lawyer at Conectas, spoke about the killings and decapitations, adding that the situation remains critical at the facility. “The response of the government has been to militarize the prison,” she said, going on to mention the existence of a video showing military police officers firing rubber bullets at the backs of naked prisoners who were crouched down against a wall. Calderoni also explained that these horrific scenes are not exclusive to Pedrinhas. She spoke about problems such as inadequate food and drinking water in Brazilian prisons, as well as overcrowding and the problems of access to employment, health care and education. Calderoni concluded by asking the UN to send its rapporteur on torture to Brazil.