Closure of borders with disproportionate penalties could worsen refugee situation 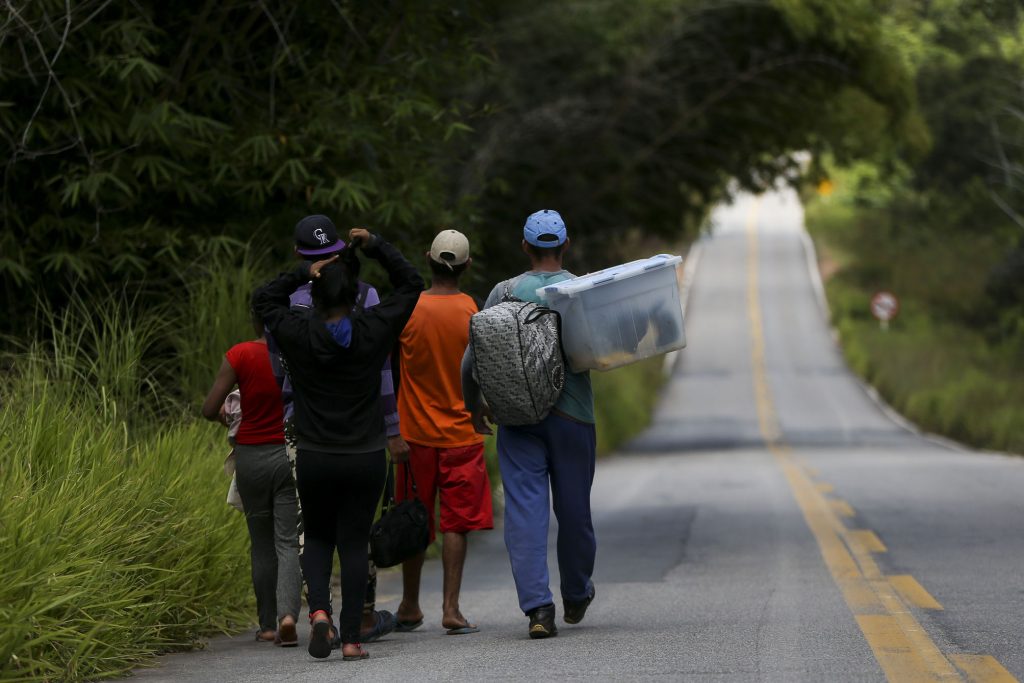 Group of Venezuelan migrants walk the 215km stretch between the towns of Pacaraima and Boa Vista (Photo: Marcelo Camargo/Ag. Brasil)

On account of the novel coronavirus pandemic, Brazilian organizations released a statement this Thursday, March 19, warning about the consequences of the disproportionate containment measures establishing the closure of borders and the restriction of entry by migrants seeking asylum in the country. The warning came following the decision of the federal government to close entry by land from the nine countries that share a border with Brazil.

On Tuesday, March 17, the Executive ordered the exceptional and temporary restriction on entry by people coming to the country from Venezuela. According to Ministerial Order 120 of the Chief of Staff, the decision was based on a recommendation from Anvisa (National Health Regulatory Agency). Two days later, in a new ministerial order (number 125), the restriction was extended to people from another eight countries bordering Brazil. The measure will be in effect until March 31 and may be extended.

Regarding the penalty for non-compliance, the joint statement clarifies that deportation “is an administrative measure contained in the Migration Law for the compulsory removal of people in the national territory with irregular immigration status. However, it may only be applied after the administrative procedures established in the same law, observing the principles of full defense, the adversarial process and due legal process. By establishing immediate deportation, the aforementioned ministerial order violates these guarantees and it also innovates legally by permitting immediate compulsory removal without the need to observe the existing procedure”.

Another troubling aspect of the new ministerial orders permits Brazil to return people to countries where their life is at risk due to persecution or war. In the event that these people, including children, come to Brazil, the government has determined that do not have the right to request refugee status, in clear violation of Law 9,474/97 and the Geneva Convention of 1951 on the Status of Refugees.

The organizations ask that the measures taken by the Brazilian authorities in response to the pandemic “do not discriminate against vulnerable populations who rely on the reception of the Brazilian State”.

The statement was signed by the organizations Missão Paz, Conectas Human Rights, Cáritas Brazil, Cáritas São Paulo, IMDH (Migrations and Human Rights Institute), Ficas, Center for the Treatment of Migrants, SJMR (Jesuit Service for Migrants and Refugees) and CDHIC (Center for the Human Rights and Citizenship of Immigrants).