Brazil is the country that most kills land activists, according to report by Global Witness

Country records 342 deaths of environmental activists and defenders in ten years; among the murdered Brazilians, one in three are indigenous or black 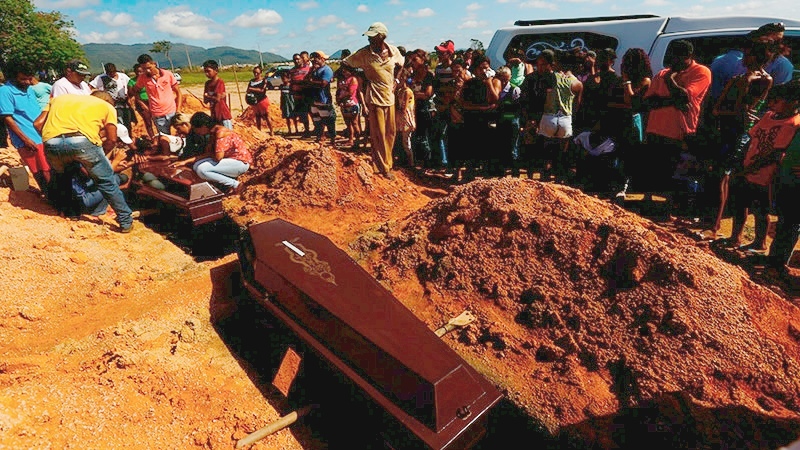 The rural activist Fernando Araújo dos Santos, a member of the Landless Movement, was a survivor of the largest massacre of rural workers in Brazil of the last 25 years: the Massacre of Pau D’Arco. At the time, 16 civil and military police officers took the lives of ten people who were occupying the Santa Lúcia Farm in the municipality of Pau D’Arco, in the state of Pará, in 2017. Despite surviving the brutality of the officers, Araújo, who knows the sordid details of the massacre, was killed in his own home in January 2021.

“I feel that something terrible is coming our way here at Santa Lúcia [farm],” he predicted in an interview with Repórter Brasil two weeks before he was shot in the back of the head. In the interview, Santos had already said that he was being sought after by the officers involved to change his statement to the court. “The police are thinking of coming here to arrange it so there are no more witnesses before the trial. If there are no witnesses, there can be no trial.”

Despite awaiting trial by jury, the 16 officers are still employed in 2022 and carrying out their policing activities.

Araújo’s story is contained in the report by the British organization Global Witness, which monitors crimes against human rights defenders, particularly land and environmental activists. In this recently-released document, the organization reports on the global victims in 2021 and on the number of killings over the last decade.

Recording a total of 200 murders in 2021 – of which 68% were in Latin America – the report identifies the need to create defense mechanisms for people who stand up for land and the environment against the backdrop of the climate crisis in which deforestation rates in the Amazon continue to increase. It is no wonder that in Brazil, Peru and Venezuela, 78% of the attacks took place in the Amazon.

According to the report, conflicts over the use and control of land are a key issue in most countries where threats are made against environmental defenders. “Much of the increasing violence, killings and repression against defenders is linked to such conflicts and the pursuit of economic growth based on the extraction of natural resources,” reads the document.

“The problem is exacerbated by extreme inequality in land ownership, which is also one of the main drivers of social and economic inequality, particularly in Latin America.” The organization also points out that the colonization process in the region left deep marks of historic violence.

Since 2012, when Global Witness started reporting on the killings, there have been 1733 violent deaths worldwide, of which 39% were indigenous peoples.

In Brazil alone, there were 342 lethal attacks, making it the country that most kills activists in the world. Colombia, Philippines, Mexico and Honduras appear next in the ranking, with 322, 270, 154 and 117 killings, respectively. Among the murdered Brazilians, one in three were indigenous or black.

“The data in the report are alarming, particularly as they show that indigenous, quilombola and other traditional peoples are the groups most affected by the deadly violence that persecutes land and environmental defenders,” said Júlia Mello Neiva, coordinator of the Defense of Socioenvironmental Rights program at Conectas.

In the case of indigenous peoples, research published in the journal Nature shows that they represent less than 5% of the world’s population but are responsible for protecting and preserving 80% of the planet’s biodiversity. “These people live off their land and, in general, are responsible for protecting these areas, even collaborating to tackle the climate crisis. Resuming and strengthening protection mechanisms for environmental defenders are urgent actions to ensure the preservation of human life and the environment.”

As the scientist and activist Vandana Shiva wrote in the report, it is the people who fight for the land and the environment who best understand how the fate of humanity is entwined in the fate of the natural places they defend. This is why they deserve protection. “All of us must continue to shine a light on these stories, not just to remember those who have fallen but to continue their urgent and necessary work by telling the world exactly why they were killed.”