At the UN, Bolsonaro makes false statements about actions to combat Covid-19 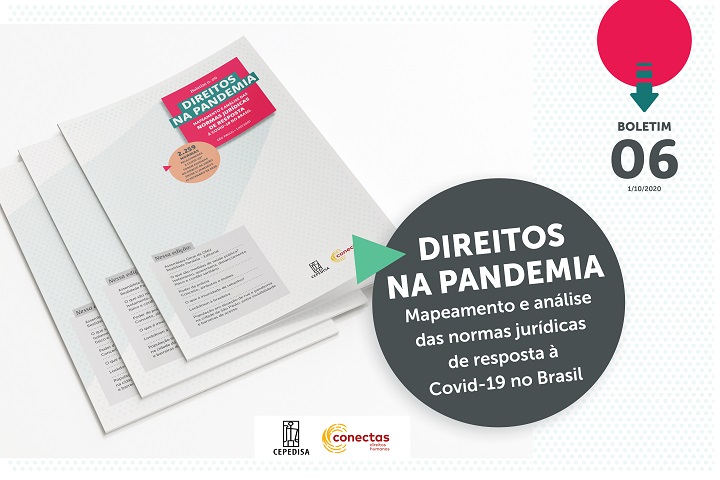 In the opening speech of the UN General Assembly given last Tuesday, September 22, President Jair Bolsonaro used a slew of false information when addressing the actions taken by the federal government to combat the pandemic caused by Covid-19.

The speech by the president, who also played down the environmental damage caused by the record fires in the Pantanal wetlands and Amazon rainforest, was harshly rejected by political figures, academics and civil society organizations across the country.

In its sixth edition, now freely available, the Rights in the Pandemic Bulletin lists some of the main distortions observed in the video recorded by the Brazilian head of state and played before the international community.

Read the analysis below:

The study notes that this information is untruthful since the Supreme Court ruling mentioned by Bolsonaro merely confirmed a rule already contained in the Federal Constitution. The Constitution gives states and municipalities the authority to create their own laws and rules on health, but it also guarantees the federal government the authority to do the same. In this case, the study pointed out, it was hoped that the federal government would implement actions to standardize the actions of local governments, which never happened.

[The federal government] “assisted over 200,000 indigenous families with foodstuffs and Covid prevention efforts”.

The Rights in the Pandemic Bulletin notes that this statement is at direct odds with the veto by the President of the Republic to the law approved by Congress that assigned the federal government the duty to provide drinking water, medical assistance and other resources to prevent the spread of the disease among indigenous peoples. The president’s veto was overturned by the Lower House and the Senate with support from civil society. 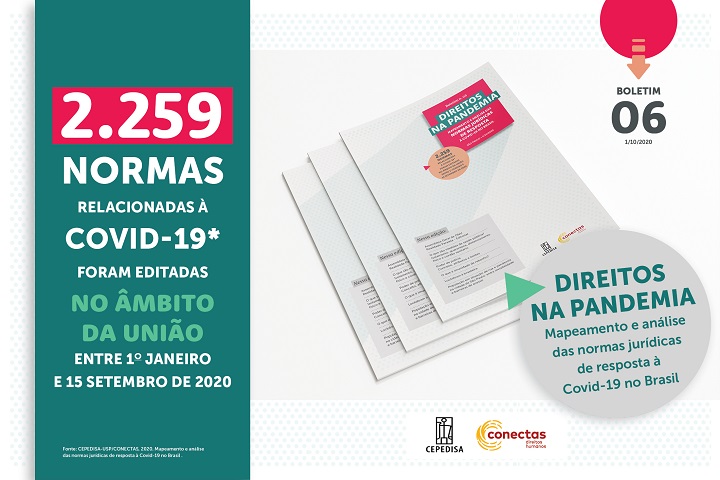 This edition of the bulletin also presents data from São Paulo and Rio de Janeiro and it begins to explore a conceptual field that will be decisive for the analysis of the rules related to Covid-19 in Brazil: the public health measures and the power of health policing.

It also features articles on two expressions that have been frequently used in Brazil during the pandemic: “lockdown” and “herd immunity”.

Finally, it presents an analysis of the impact of Covid-19 on homeless people in the city of São Paulo, prepared by members of the Luiz Gama Human Rights Clinic.

Access the Rights in the Pandemic Bulletin No. 6 here