According to research, the Supreme Court injunction has saved 30 lives in a month; the reduction of police operations has not led to an increase in crime 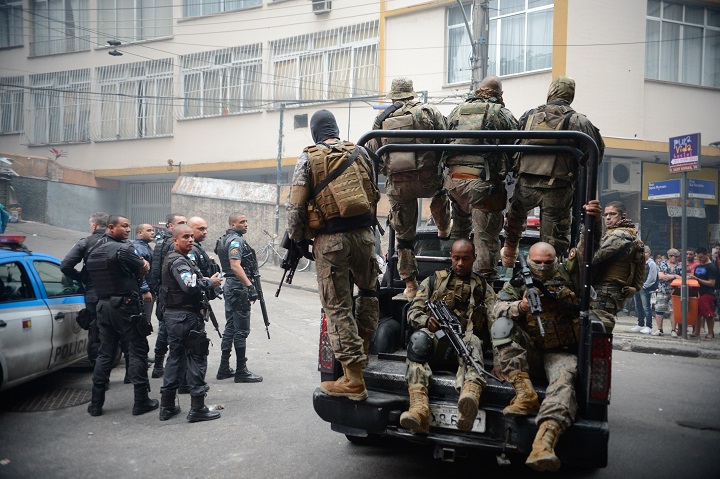 The injunction issued by a justice of the Supreme Court to suspend police operations in the favelas of Rio de Janeiro state during the pandemic has reduced the number of deaths by 70% and the number of injuries by 50% caused by police actions and/or crossfire over the course of a month. According to the estimates of the researchers, 30 lives were saved in the period.

This is the result of a survey conducted by GENI/UFF (Study Group of New Illegalisms of the Fluminense Federal University), which analyzed the impacts of the injunction in the 31 days following the decision compared to the historical average since 2007 for the same period in the metropolitan region of Rio de Janeiro.

The research was conducted based on official crime data produced by ISP-RJ (Rio de Janeiro Public Security Institute), data on police operations produced by GENI/UFF and data on crossfire shootings from Datalab Fogo Cruzado. The comparison is made with the historic average of the data produced since 2007.

“The Rio de Janeiro state police institutions have argued that restricting police operations prevents them from combating crime. However, cross-referencing data on crimes and police operations indicates that these operations are not efficient in reducing crime and that, instead, they appear to contribute to its increase,” said Daniel Hirata, a researcher at GENI.

Another study, conducted by IDMJR (Right to Memory and Racial Justice Initiative), identified the occurrence of eight police operations and three injured people in the Baixada Fluminense region of the state in the 30-day period following the injunction issued by Justice Edson Fachin. This represents a reduction of 77% in the number of police operations carried out in the region.

According to IDMJR, an analysis of the cases of resisting arrest recorded by ISP (Public Security Institute) during the whole month of June found ten deaths committed by police officers in the Baixada Fluminense region, which represents a reduction of 70% compared to May 2020 and of 75% compared to June 2019.

About the ADPF Favelas Case

The case calls for the gross violations caused by the public security policy of the state of Rio de Janeiro against the black and poor population of the urban outskirts and favelas to be recognized and remedied.

In late May, a coalition of organizations filed a petition addressed to the rapporteur of the case, Edson Fachin, requesting the suspension of police actions in Rio de Janeiro during the Covid-19 pandemic. The organizations asked the Supreme Court to order the cancellation of all police operations in favelas during the Covid-19 epidemic, except in absolutely exceptional cases that are properly justified in writing by the competent authority and notified immediately to the Public Prosecutor’s Office.

After Justice Fachin granted the injunction, the Supreme Court convened to judge his decision. By August 27, Justices Edson Fachin, Ricardo Lewandowski, Marco Aurélio Mello and Rosa Weber had voted in favor and Justice Alexandre de Moraes had voted against. The virtual judging system allows the justices to publish their votes until August 4.