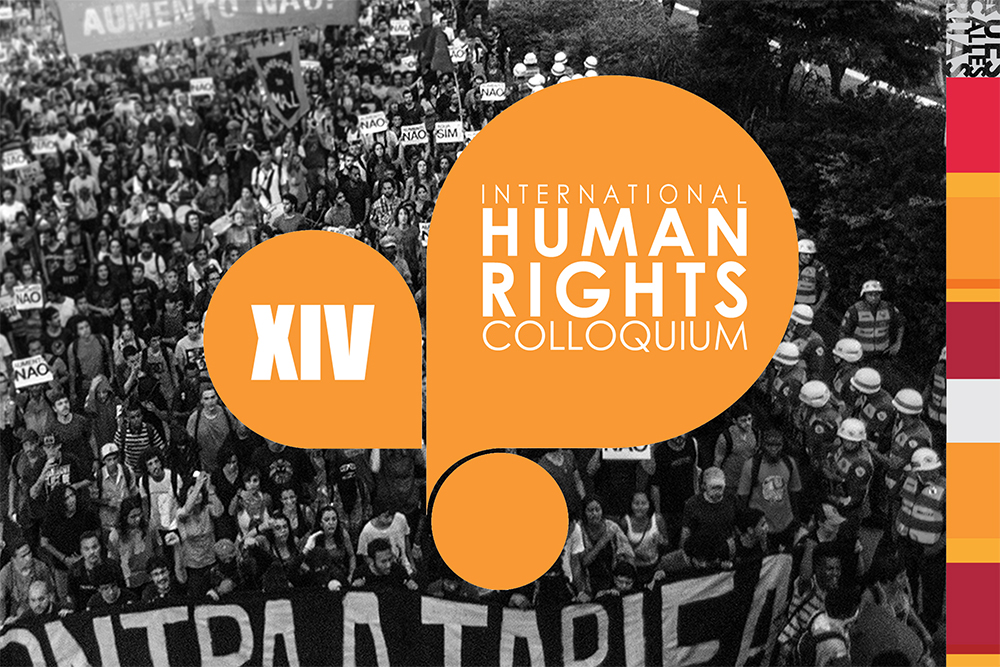 More than 100 leading names in the struggle for human rights around the world, particularly in the Global South, will be gathered in the Praça das Artes square, in downtown São Paulo, from May 25-29, to take part in the 14th International Human Rights Colloquium.

This year, considering the intensified use of protests as a strategy for voicing social demands in various countries, the central theme of the Colloquium will be the relationship between human rights and the streets. The program includes 15 panels, as well as lectures, fairs and workshops. All the activities will be held between 9 am and 6 pm.

See below the instructions for press accreditation.

The participants are professionals from traditional organizations and academia, and also from social movements and groups, who will come together to share experiences and create new networking and collaboration opportunities.

Among those whose presence is confirmed are Gerardo Torres Perez, a Mexican student from Ayotzinapa who witnessed the kidnapping of 43 students by police last year; Haris Azhar, coordinator of the NGO Kontras, which campaigns to end the death penalty in Indonesia and worked closely on the cases of the Brazilians Rodrigo Goularte and Marcos Archer, who were executed recently for drug trafficking; Vera Jarach, of the organization Mothers of the Plaza de Mayo-Founding Line, from Argentina; Eddie Hendrickx, an internationally recognized policing expert who assisted in the training of security forces in post-apartheid South Africa and who worked in the defense of the Marikana miners; Francisco Figueroa, a Chilean journalist and member of the Autonomous Left political movement who was highly active in the student protests of 2011; Rohini Haar, an American doctor from Physicians for Human Rights, an organization that studies the physical and psychological effects of torture and sexual violence and the abusive use of force by police; and Mariam Al-Khawaja, strategy coordinator for the Gulf Center for Human Rights of Bahrain, which provides support and protection for human rights defenders in the Gulf region.

For the first time, the Colloquium is being organized by Conectas in conjunction with three other organizations: CELS (Center for Legal and Social Studies) of Argentina, LRC (Legal Resources Centre) of South Africa, and KontraS of Indonesia were invited to contribute to the choice of topics and the organization of the debates.

Journalists and communicators can request accreditation until May 21 by sending an email to comunicacao@conectas.org. The email must provide the person’s name, identification number (RG) and taxpayer number (CPF), and the name of the media outlet.

Exclusive interviews with participants may be scheduled through this channel or directly with the communication staff at Conectas by telephone at 55 (11) 3884-7440.