Whose is the street? 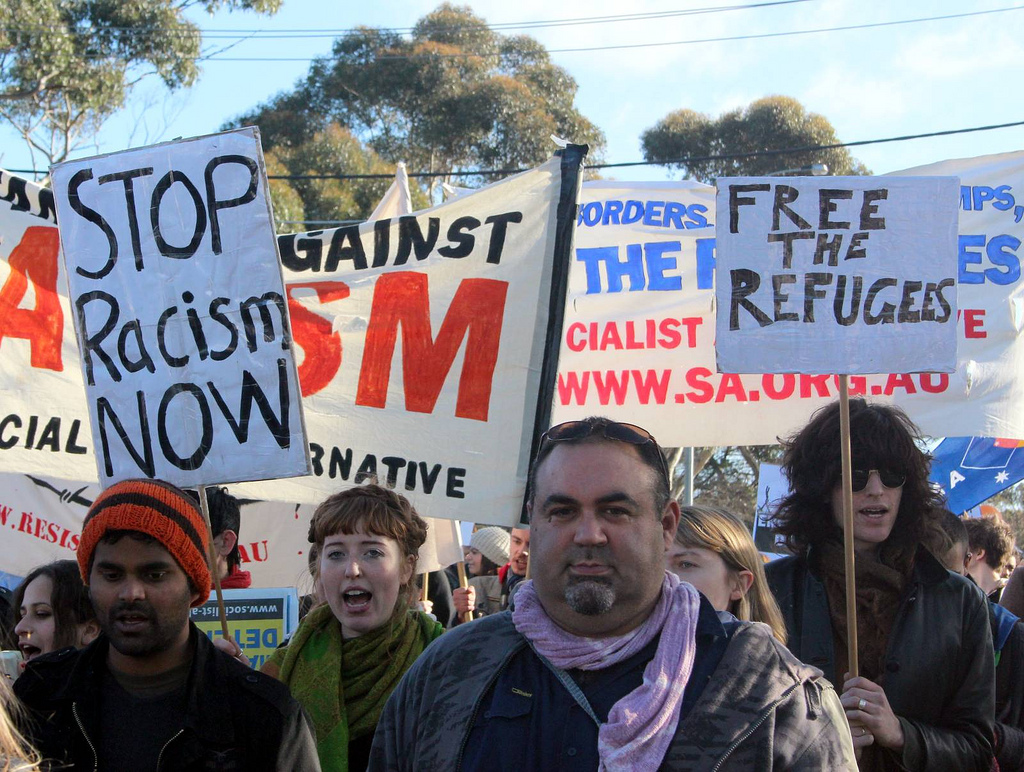 The Gillard Government made a commitment in 2010 to release all children from immigration detention by June 2011, but still 1000 children languish in the harsh environment of immigration camps around Australia. The Refugee Action Collective organised a protest on July 9, 2011 outside the Melbourne Immigration Transit accommodation which is used for the detention of unaccompanied minors.

There is a noticeable tension between demonstrators who have led protests around the world in recent years and human rights organizations. According to Sara Burke, a policy analyst at FES (Friedrich Ebert Foundation), the reason is the fact that organizations have tried to “manage” groups that protest, without realizing that the demonstrators do not feel represented by them.

In an article published in Sur Journal 20, she explains that the leaders of protest movements have benefitted from also defending the cause of human rights, even when, at first glance, their agendas are not obviously associated with the topic. Burke also claims that the organizations need to understand the real reasons causing people to come out into the streets.

“The organizations need to strive to become more like platforms, a place where the demonstrators can engage, without feeling represented, but can take the stage in their own name,” said Burke, in a video recorded during the launch of the journal in New York (see below).

Burke’s analysis is based on the results presented in the study “World Protests 2006-2013”, produced by her and a group of FES researchers, which analyzed more than 800 demonstrations that occurred between 2006 and 2013 in 84 countries, with the intention of mapping and understanding the trends of global protests.

The study reveals that most of the demonstrations occurring in this period were driven by issues related to economic justice and the failure of political representation.

Protests demanding rights, such as racial equality, freedom of expression and LGBT rights, represented 20% of the grievances.