Election Observation Missions and other international actors that monitored the ballot cited transparency, efficiency and security as positive points; see the reports 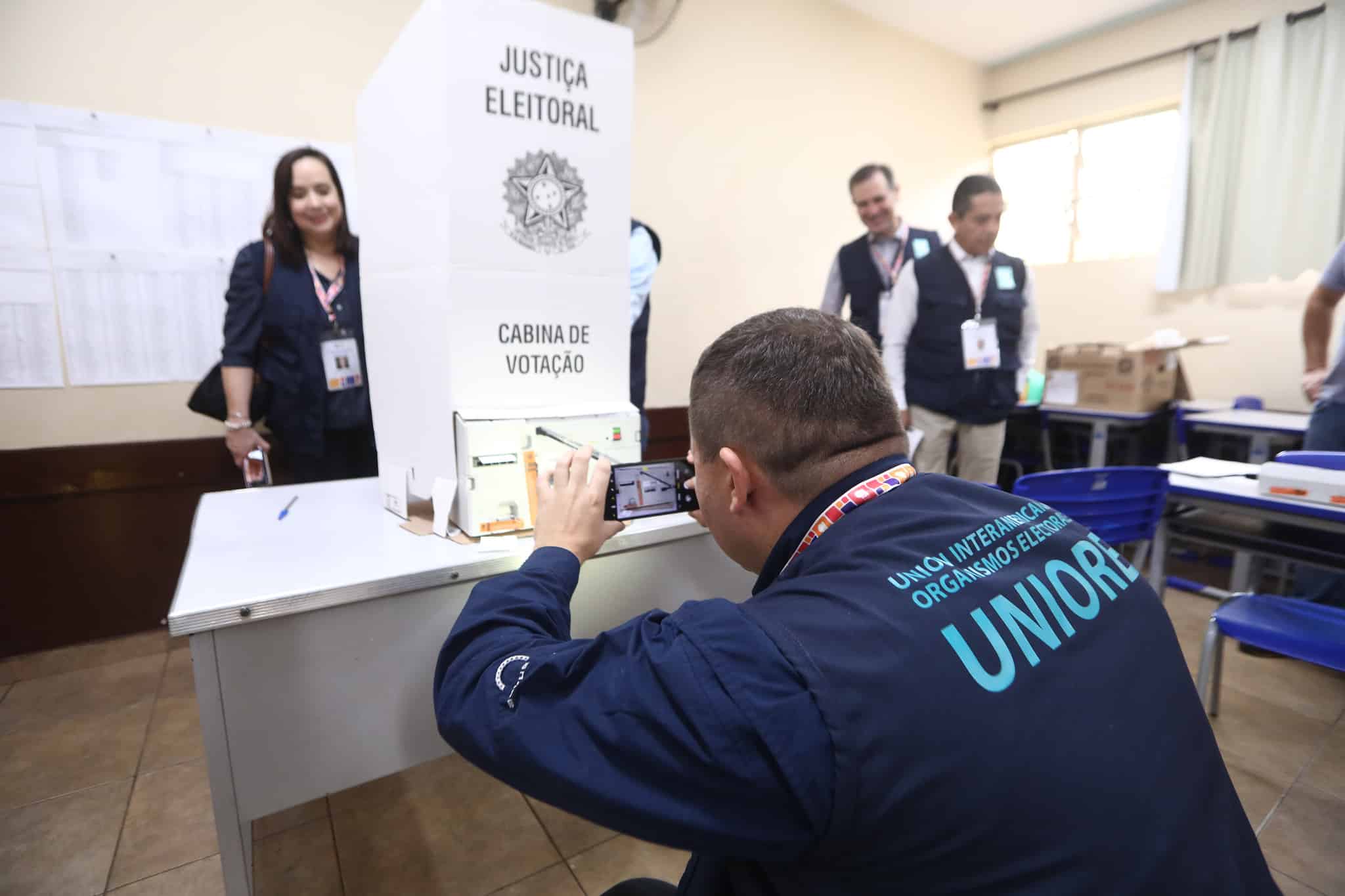 In reports and statements released after the first round of elections in Brazil, held in early October, the EOMs (Election Observation Missions) and other international observers who monitored the electoral process broadly confirmed the security and efficiency of the electronic voting machines and the competence of the electoral authorities responsible for the ballot.

The main purpose of the EOMs is to impartially observe the elections and make recommendations to improve the effectiveness of the election process. Their presence strengthens the integrity of democratic institutions and processes. It is worth noting that the observation does not consider only the day of voting, but the entire process, including the pre- and post-election periods.

According to the TSE (Superior Electoral Court), the following organizations registered to be international EOMs for this year’s elections: OAS (Organization of American States), Parlasur (Mercosur Parliament), CPLP (Community of Portuguese Language Countries), the Carter Center, UNIORE (Inter-American Union of Electoral Organizations), IFES (International Foundation for Electoral Systems) and the Global Electoral Justice Network. The last two have not yet released their reports.

In addition to the EOMs, the electoral process was accompanied by other international observers invited by the electoral authorities, namely IDEA (International Institute for Democracy and Electoral Assistance) and WOLA (Washington Office on Latin America).

See excerpts from the reports released by the organizations:

The mission highlighted the experience of the TSE and recognized it as a regional reference in the implementation of electronic voting. Moreover, the organization noted the efficiency and effectiveness of the Electoral Court’s communication strategy to encourage citizen participation in the election process. “The electronic voting machines are in perfect working order,” emphasized another excerpt from the report, which can be read in full at this link.

Parlasur: the electronic voting machines in Brazil are secure

“Safe and reliable,” concluded Parlasur (Mercosur Parliament), which observed the first round of the Brazilian elections. In its report, the organization noted that the elections in Brazil were held in accordance with the rules established by the electoral authorities. Read the full report here.

OAS: the Brazilian electoral system is efficient and secure

The Brazilian electoral system is efficient and secure. This was the conclusion of the OAS Mission, which stated that the “TSE delivered results in a professional and timely manner” and that the results were recognized by all political actors. Read the document at this link.

The election process proved to be secure, reliable and swift. This is the conclusion of the report by Rojae CPLP (Network of Jurisdictional Bodies and Electoral Administration of the Community of Portuguese Language Countries) that monitored the first round of the elections in Brazil. According to the organization, the elections “did not give rise to complaints nor were procedures observed that could call into question the transparency and veracity of the vote”. See the full document here.

“The electoral institutions have emerged stronger from the test [carried out in the first round],” said IDEA (International Institute for Democracy and Electoral Assistance) after monitoring the first round of elections in Brazil. In its report, the organization stated that “the 2022 election has helped strengthen the foundations of Brazilian democracy.” Read more at this link.

Carter Center: election process in Brazil is transparent and auditable

The Brazilian election process is neither secret nor impartial, reads the report by the Carter Center, a U.S. organization that observed the Brazilian elections in the first round. The organization also said that the elections are auditable and that the TSE “provided parties and other stakeholders with high levels of access to key information about the electronic voting system and the legal guarantees in place for the election.” See the details here.

WOLA: Brazilian election is an example of democracy

The organization congratulated the TSE on its organization of the elections and recognized the smoothness and legitimacy of the electronic voting system. “It is important to encourage voter participation, ensure that the process is democratic and that all political forces recognize the results of the elections. Holding free, transparent and orderly elections sends an international message that Brazil is an example of democracy to the rest of the world,” reads an excerpt from the report. Read the full statement at this link.

The organizations also expressed concern about the large amount of disinformation circulating about the Brazilian elections, especially on social media and other internet channels. The OAS said that the dissemination of fake news is still a challenge and highlighted the Program to Combat Disinformation and the Alert System for Disinformation Against the Elections, overseen by the TSE, as good practices of the Court.

Parlasur, meanwhile, classified the agreements signed between the TSE and digital platforms as important to combat the spread of disinformation in the election process. However, it stressed “the importance of reinforcing mechanisms that prioritize official information and mitigate the circulation of fake news”.

In its statement, the Carter Center stated that “unfortunately, this election cycle has been plagued by disinformation, which has undermined the country’s longstanding trust in the voting system” and added that it is analyzing the responses to the threats of disinformation, as well as the responses by social media platforms and civil society organizations. IDEA, meanwhile, said in its report that the TSE has taken innovative measures to contain the flow of fake news during the election campaign.