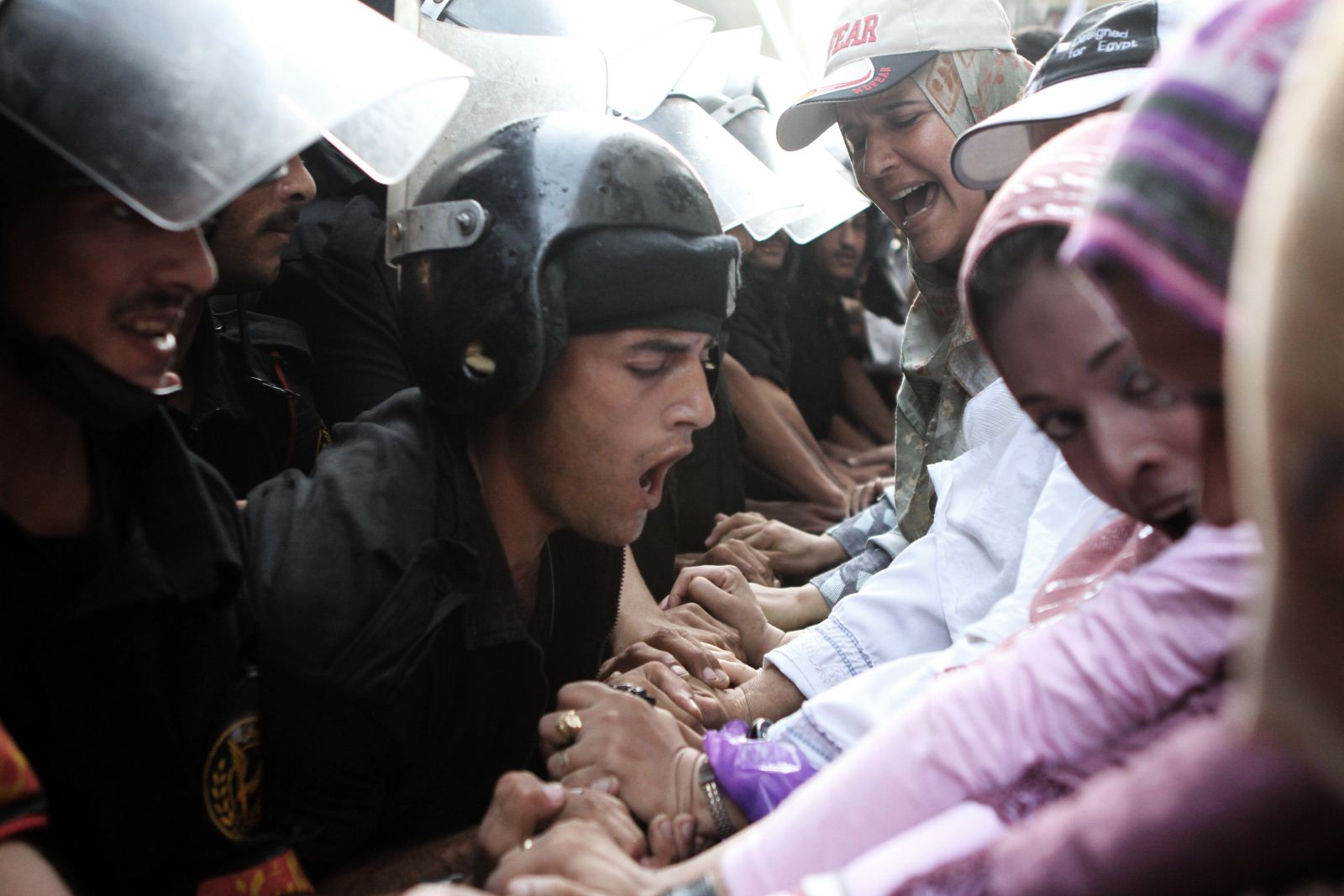 The ‘crime factory’ that has already sent more than 16,000 people to Egyptian prisons over the past few months has claimed another victim. Yara Sallam, a human rights advocate and researcher for the Egyptian Initiative for Personal Rights (EIPR), was arrested on June 21 with another 22 people during a protest in Cairo. She is being charged with damaging public property, obstructing the enforcement of the law, participating in an unauthorized protest, possession of incendiary material and staging a show of force with the aim of terrorizing citizens.

According to the EIPR, the Egyptian justice system has resorted to false charges, such as property damage or aggression, to detain activists without a trial – which is illegal. “Charging peaceful protesters with fabricated crimes will lead to a loss of confidence in the justice system,” reads the statement published by the organization. “The Ministry of Interior must stop violating the right to peaceful assembly and fabricating charges.”

Click here to read the public statement released by the EIPR, a partner organization of Conectas, on the Yara’s arrest.

Yara is a specialist in transitional justice who received the Pan-African Human Rights Defenders Network’s award in 2013. According to the Masr el-Gedeida Prosecutor’s Office, which ordered her detention, the activist will remain in prison until a public hearing can be held – which will probably occur over the next few days.

Since November of 2013, when the interim government of Adly Mansour approved the new Protest Law, the rights to freedom of assembly, association and expression have been systematically violated in the country. The law that regulates the right to assembly and protest states, among other things, that the security forces may use lethal weapons in the defense of ‘property’. The Office of the UN High Commissioner for Human Rights and the Special Rapporteur on the Rights to Freedom of Peaceful Assembly and Association have condemned the new law.

“The protest law that serves as the pretext for this detention as well as thousands of lawsuits against peaceful demonstrators is unconstitutional, draconian and runs contrary to Egypt’s international obligations as per the International Covenant for Civil and Political Rights”, said Mayy El Sheikh, EIPR director of communication. “It effectively bans all forms of peaceful assembly except for the ones sanctioned by the state and therefore greatly hinders an active political life where more than one view can survive and compete equally.”

Conectas sended a letter to the egiptian embassador in Brasil askink for the release of the activists. “We are deeply dismayed by the thousands of arrests of Egyptian citizens in the context of demonstrations over the last few months”, says the document. “We call on the Egyptian authorities to stop stifling this right, repeal the restrictive protest law or amend it to stand in line with international standards, and allow their citizens to enjoy the right to assemble peacefully without fear of undue repression and harassment.”

According to the EIPR, more than 1,000 people have already been killed since the overthrow of President Mohamed Morsi in June 2013 and more than 16,000 have been arrested for political reasons.

In April, Conectas sent a letter to the Egyptian ambassador in Brazil, expressing “deep concern and indignation” over the death sentence given in March to 529 people accused of being part of the Muslim Brotherhood. Not long afterwards, the sentence for 492 of the prisoners was commuted to life imprisonment.