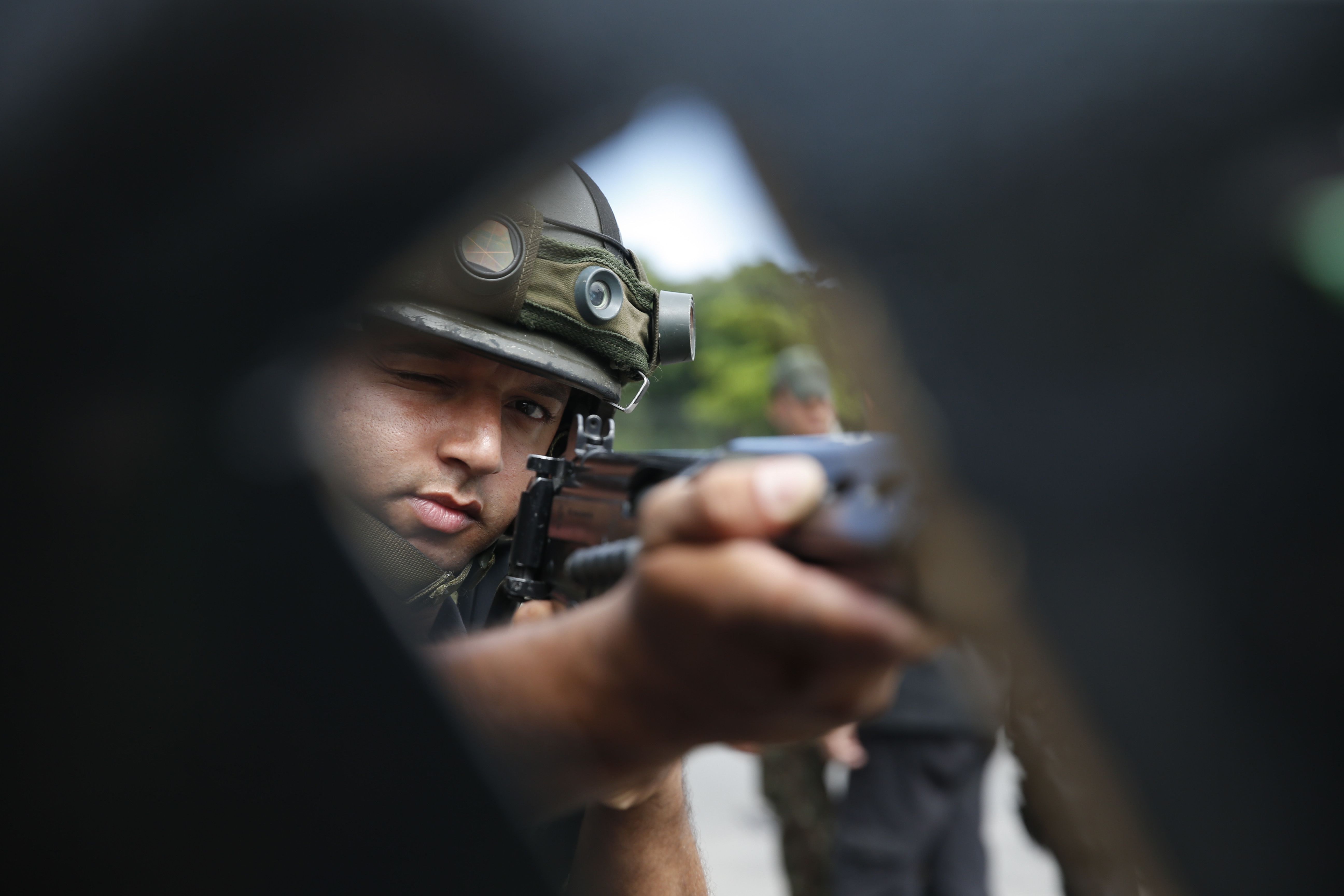 In the first two months of the federal intervention in Rio de Janeiro’s public security, the number of shootouts, massacres, deaths and stray bullets reported in the state increased. Data presented this week by the Intervention Observatory shows a significant rise in the chief indicators of violence in the state, especially crimes involving property.

The research also includes information about police operations carried out in the first two months of the intervention. Around 40,000 security agents were involved in 70 operations that resulted in 25 deaths and the apprehension of 140 firearms. CESeC (Center for Research on Security and Citizenship), responsible for compiling the data, highlights that Commander Braga Netto, who is leading the intervention, previously declared that the intervention would include intelligent actions rather than repression. The numbers, however, show the contrary.

“It appears that the command of the intervention does not have a policy model for public security that they seek to implement,” critiques CESeC. The report also calls attention to the rise in crimes against property, which have reached record proportions, as well as to the high number of shootouts: 1502 shootouts were registered that left 284 victims. “Decided on in a hurry, without planning, resources, or goals, [the intervention] is still being improvised, even after two months. The intervention does not resolve existing structural problems and only creates new ones,” the report notes.

Another part of the intervention being questioned is the cost of the operation originally announced by the Commander. The intervention was projected at 3.1 billion reais, of which 1.5 billion reais would be destined to pay debts and the rest, 1.6 billion, to pay for operations in 2018. Nevertheless, no explanation was given for how the commander reached those numbers. CESeC argues that there should have been an audit of the debt and that only after concluding planning would it have been possible to estimate the real costs of operations during the intervention.

Conectas and the intervention

In March, at the UN Human Rights Council session, Conectas denounced the possible aggravation of human rights violations in Rio de Janeiro after the federal intervention was declared. Conectas sought support from the High Commissioner in denouncing the measure in order to avoid further abuses.

In the same month, Conectas and other human rights entities filed an amicus curiae request in the Supreme Court in support of Direct Action of Unconstitutionality No. 5915, which questions the constitutionality of Presidential Decree 9288/18 authorizing federal intervention in public security in Rio de Janeiro. The deadline for the Prosecutor General to respond is imminent.