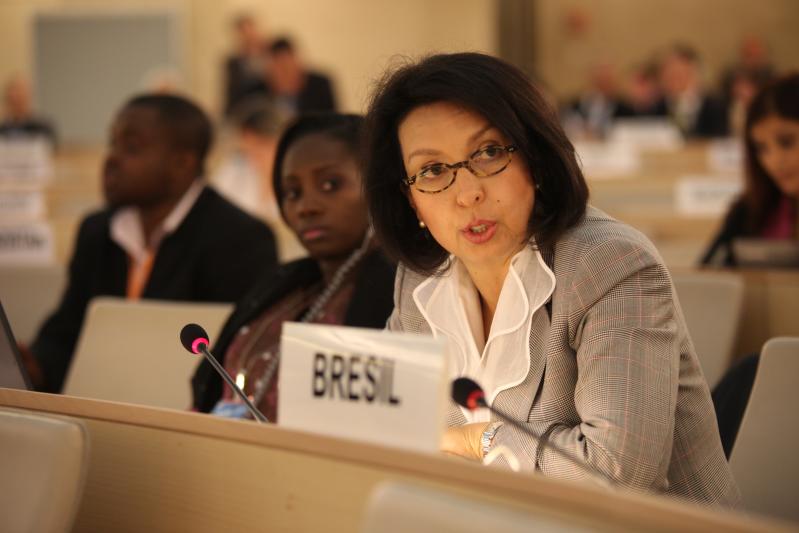 This morning, March 24, the last day of voting in the 34th session of the UN Human Rights Council in Geneva, Brazil abstained in the vote to renew the mandate of the special rapporteur on Iran.

When justifying the vote, the permanent representative of Brazil to the UN in Geneva, ambassador Maria Nazareth Farani Azevêdo said that “despite legitimate concerns regarding the human rights record in the country, Brazil recognizes the current government’s efforts to promote incremental reforms”. While complimenting the work of the current special rapporteur, the ambassador said that Brazil “encourages the government of Iran to maintain and deepen the dialogue it has initiated with Ms. Jahangir”.

Watch the justification of Brazil for its abstention (starting at the 12:00 minute mark):

Juana Kweitel, the executive director of Conectas, said “there is a disconnect between Brazil’s abstention and the justification given in Geneva”. “Brazil is asking the Iranian government to maintain dialogue with the UN rapporteur, but it did not vote for the maintenance of this position. The Temer government left it up to the other members of the Council to preserve one of the few credible information channels on violations that occur in Iran,” she added.

According to the most recent report of the special rapporteur, published in September last year, at least 530 people were executed in the country in 2016. The number could be even higher considering that Tehran has not permitted any special rapporteurs to visit the country since 2005, despite the standing invitation it issued in 2002.

The Brazilian abstention is also at odds with the positions taken in the past by Foreign Minister Aloysio Nunes. When he was president of the Foreign Relations Committee of the Senate, in 2015, Nunes summoned the then minister Mauro Vieira to give formal explanations on the abstention by the government of Dilma Rousseff in a similar vote.

The resolution creating the special rapporteur for Iran was first presented in the Human Rights Council in 2011. Until 2014, Brazil had always voted in favor of renewing the mandate (with the exception of 2012, when the country did not have a seat on the body and as such could not vote). Its position changed in 2015, when the country abstained for the first time.

Since its accession to the presidency, the Temer government has sought even closer trade relations with Tehran. In June of last year, the then director of the Foreign Ministry’s Trade Promotion and Investment Department, Rodrigo de Azeredo Santos, led an official trade mission to Iran. In October, Santos was appointed to head up the Brazilian embassy in Tehran.

Also in October, the then Justice Minister Alexandre de Moraes received Mohammad Larijani, the highest Iranian human rights official, in a meeting behind closed doors. No statement about the topics addressed or the agreements made at the meeting was published by the government.

In December, the stronger ties between the two countries were reflected in another abstention by the Brazilian Foreign Ministry, this time in the UN General Assembly. At the time, the Minister was José Serra, who is also not without his contradictions. In 2010, for example, when he was a candidate for the presidency of Brazil, Serra described Iran as a “fascist and brutal dictatorship”.

Immediately after the vote in the General Assembly, in December, Conectas requested that Serra be summoned before the Foreign Relations committees of the Senate and the Lower House of Congress. The request was never granted.