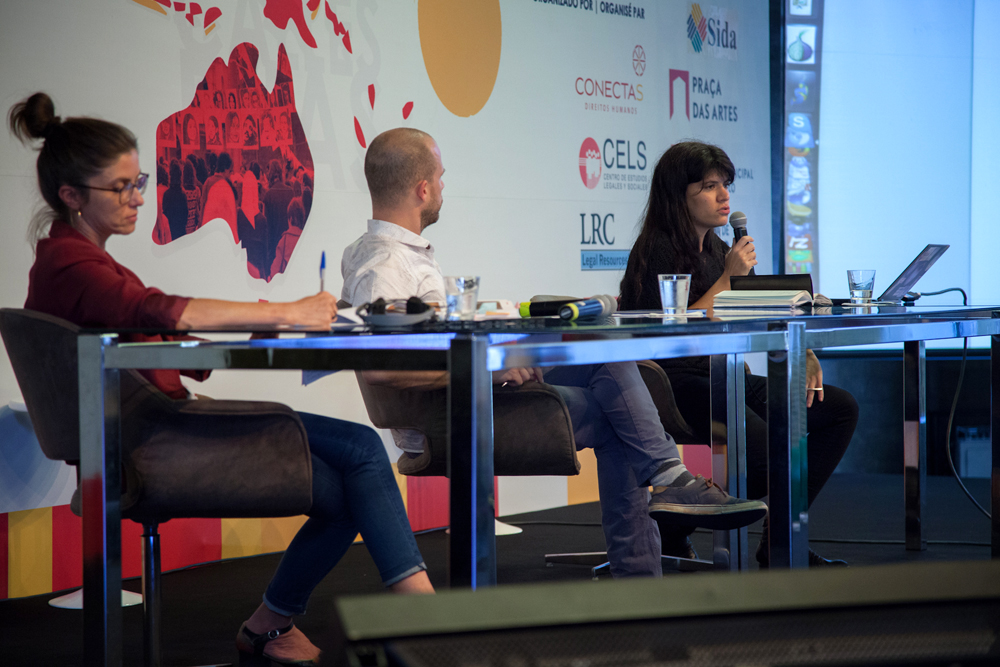 “The discussions on cybersecurity are not taking human rights into account,” said Joana Varón

Although it leads, in the UN Human Rights Council, the group of countries involved in the creation of a mandate for a special rapporteur on the right to privacy, internally Brazil still has no legislation to protect personal data. In practice, this gap has prevented business conglomerates involved in cases of espionage from being held accountable, said experts on the panel on surveillance at the 14th International Human Rights Colloquium.

The allegations of spying on social and indigenous movements involving the mining company Vale, revealed by a former employee in 2013, were presented by Melisanda Trentín, a lawyer for the NGO Justiça Global. Trentín pointed out that organizations such as Justiça nos Trilhos, Xingu Vivo and MST (Landless Rural Workers Movement) were victims of wiretapping and infiltration by agents. Two years later, however, all the charges had been dropped by the justice system.

According to the lawyer, there is an urgent need to combat crimes against privacy because surveillance is a way of criminalizing and destabilizing the work of social movements. “There are many reactions from the groups that suffer this form of violation, but I think the main one is the distrust that emerges among the members themselves, the belief that it’s not possible to have a cohesive and reliable group,” she said.

Joana Varón, a member of the Anti-Surveillance Office of the ITS (Institute of Technology & Society), also criticized the unwillingness of the State to debate the privacy agenda with social movements.

“The discussions on cybersecurity do not take human rights into account. The policies in this sphere are being reviewed in forums the world over, but without the participation of civil society,” criticized Varón. “Companies create toys that monitor children. We have to stop with this narrative that tries to impose on us that surveillance is a means of security,” she concluded.

This article was written by Agnes Sofia and is part of the collaborative coverage of the 14th International Human Rights Colloquium.