United States under examination in the UN 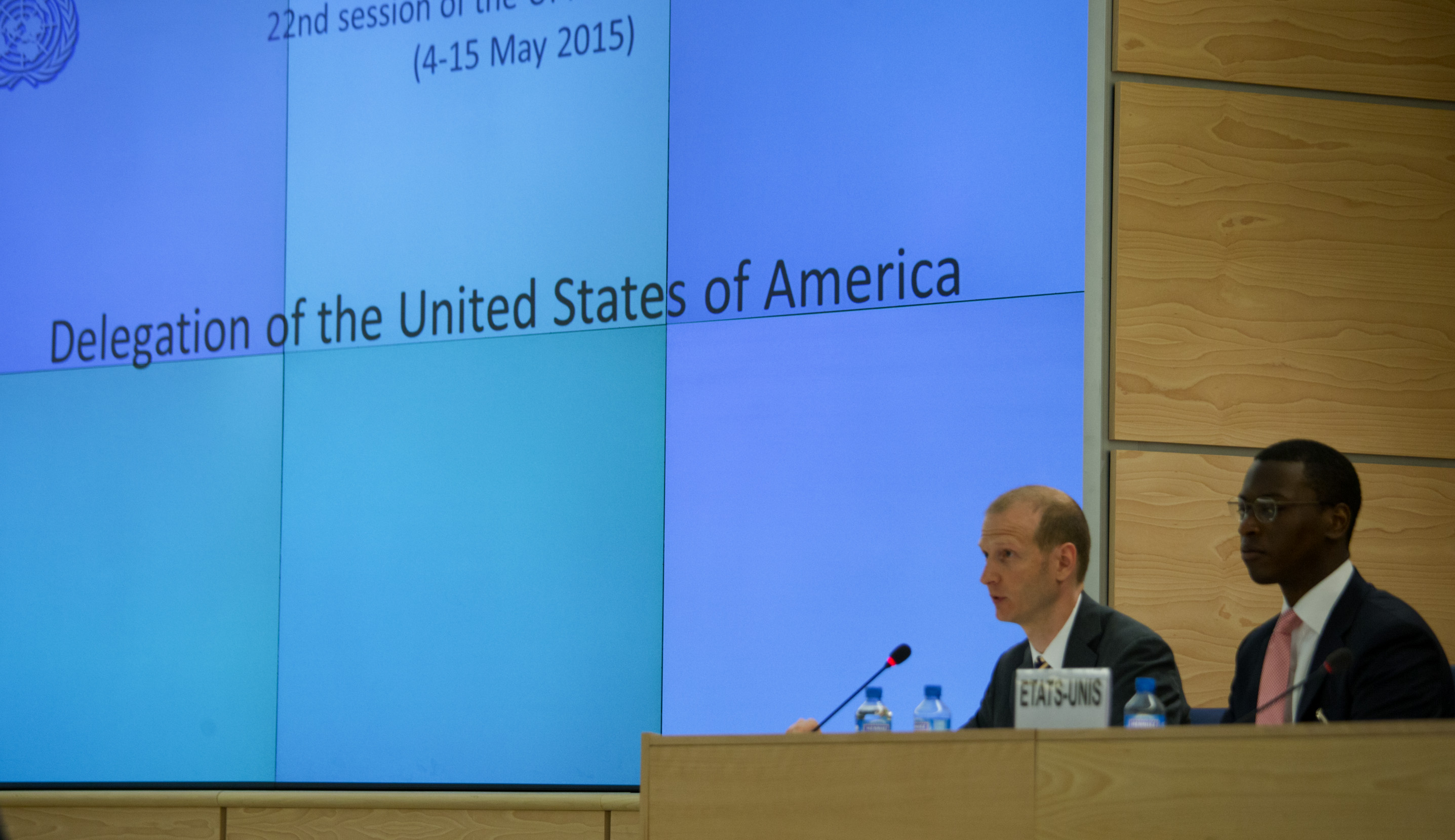 In a session of the UPR (Universal Periodic Review of the UN) held in Geneva, Switzerland, this Monday, May 11, Brazil recommended to the United States that it adopt alternatives to the detention of immigrants, take steps to curb police violence and establish guarantees on the right to privacy.

The review process is intended to assess the human rights situation in the 193 UN member states. The country under review must inform the other members of the progress implementing the recommendations made in the previous reviews and hear new criticisms and proposals that it may or may not accept.

In her statement, the Brazilian ambassador in Geneva, Regina Dunlop, suggested considering alternatives to the detention of immigrants, especially children. The United States government has expanded the practice of detaining immigrants in recent years, particularly since 2014 when three new family detention facilities were opened with a capacity to hold 3,500 people.

Brazil also recommended taking steps to combat excessive use of force by police officers and to eliminate racial discrimination, a topic that, given the wave of protests against the death of black youths in U.S. police operations, dominated the session.

Both the recommendations were contained in the document sent by Conectas and the ACLU (American Civil Liberties Union) to the Brazilian Foreign Ministry ahead of the review.

“The detention of immigrants, mainly children, and the police violence that for years has victimized the black American population are serious human rights violations and tackling them depends on pressure from the international community. It is important that Brazil took a firm stand in the UN against these practices, particularly since immigration and police violence are issues shared by the country,” said Laura Waisbich, adviser to the Foreign Policy program at Conectas.

The fact that Brazil has demonstrated in the UN that it does not tolerate these offensive practices in the United States, she added, means that it must place the same emphasis on combating internal violations.

The Brazilian government also asked for effective guarantees against the violation of privacy. In the UPR process, the State under review must now specify which recommendations it accepts and which it does not. Conectas hopes that all the issues raised by Brazil will be adopted by the U.S. government.

In spite of the unique opportunity, Brazil did not mention the use of torture by the CIA (Central Intelligence Agency) that came to light in December 2014 after the publication of a Senate report, neither did it call for the closure of Guantanamo prison, disregarding a request by human rights organizations.

By contrast, 11 other countries expressly recommended the discontinuation of the prison. Among them was Spain, which justified its recommendation to close Guantanamo by emphasizing that it has contributed towards this process by receiving five of the camp’s former prisoners who had been released by the U.S. government. Another 19 States mentioned the violations at the prison in their statements.

“Countries from the four corners of the globe were firm in requesting the closure of Guantanamo. However, few States from the American continent – the region where the prison is located – were vocal on the issue. During Rousseff’s state visit to Obama, scheduled for June, Brazil cannot miss the opportunity to reinforce the message that has already been conveyed in multilateral forums,” stressed Waisbich.

According to the ACLU, 57 detainees from Guantanamo have already had their cases reviewed and have clean records. Another 33, who have never been tried and against whom there is insufficient evidence, are awaiting a solution in indefinite imprisonment.