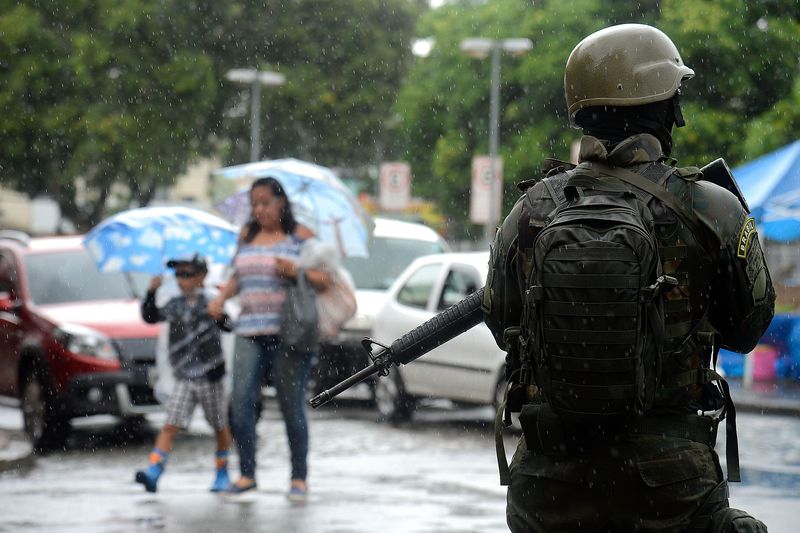 The South America office of the United Nations Office of the High Commissioner for Human Rights (OHCHR) and the Inter-American Commission on Human Rights (IACHR) released this Tuesday, March 13, a joint statement in which they express their concern over the potential risks of violations resulting from the federal intervention, under the command of an Army general, in public security in the state of Rio de Janeiro.

According to the statement, the presidential decree that authorizes the intervention does not sufficiently specify its scope and implementation terms, nor the conditions that justify such an exceptional measure. The two organizations said that States should limit the use of the armed forces to control internal disturbances as much as possible, since its members are trained for war and not for protecting civilians.

“We urge the Brazilian State to develop, in a broad and participatory manner, a drug policy based on human rights with a comprehensive focus on social reintegration that prioritizes a public health approach and refrains from focusing on repression and criminalization,” said the organizations, which also emphasized the risk of a disproportionate impact of the measure on the rights of black people, adolescents and those living in poor areas.

• Read the statement in full

The IACHR and the OHCHR also rejected the recent modification of the Military Criminal Code that transfers jurisdiction for willful crimes against the life of civilians committed by troops to military tribunals and they underlined the need for these crimes to be tried by civilian courts to avoid impunity. They also asked that the Human Rights Observatory created by the Ministry of Justice to monitor the intervention in Rio de Janeiro ensure effective participation by civil society organizations and affected communities.

According to Rafael Custódio, coordinator of the Institutional Violence program at Conectas, the statement by the IACHR and the OHCHR is a sign that the international community is monitoring the arbitrary acts of the Brazilian State and will insist that the country adheres to international human rights treaties.

“The decree authorizing the intervention is a disproportionate and, in our opinion, a populist measure that does not represent a lasting and structural solution to the serious security situation in the state of Rio de Janeiro,” said Custódio. “We shall continue to denounce, nationally and internationally, the rights violations resulting from the intervention, particularly those suffered by the poorest populations that suffer the most from urban violence and from state violence,” he added.