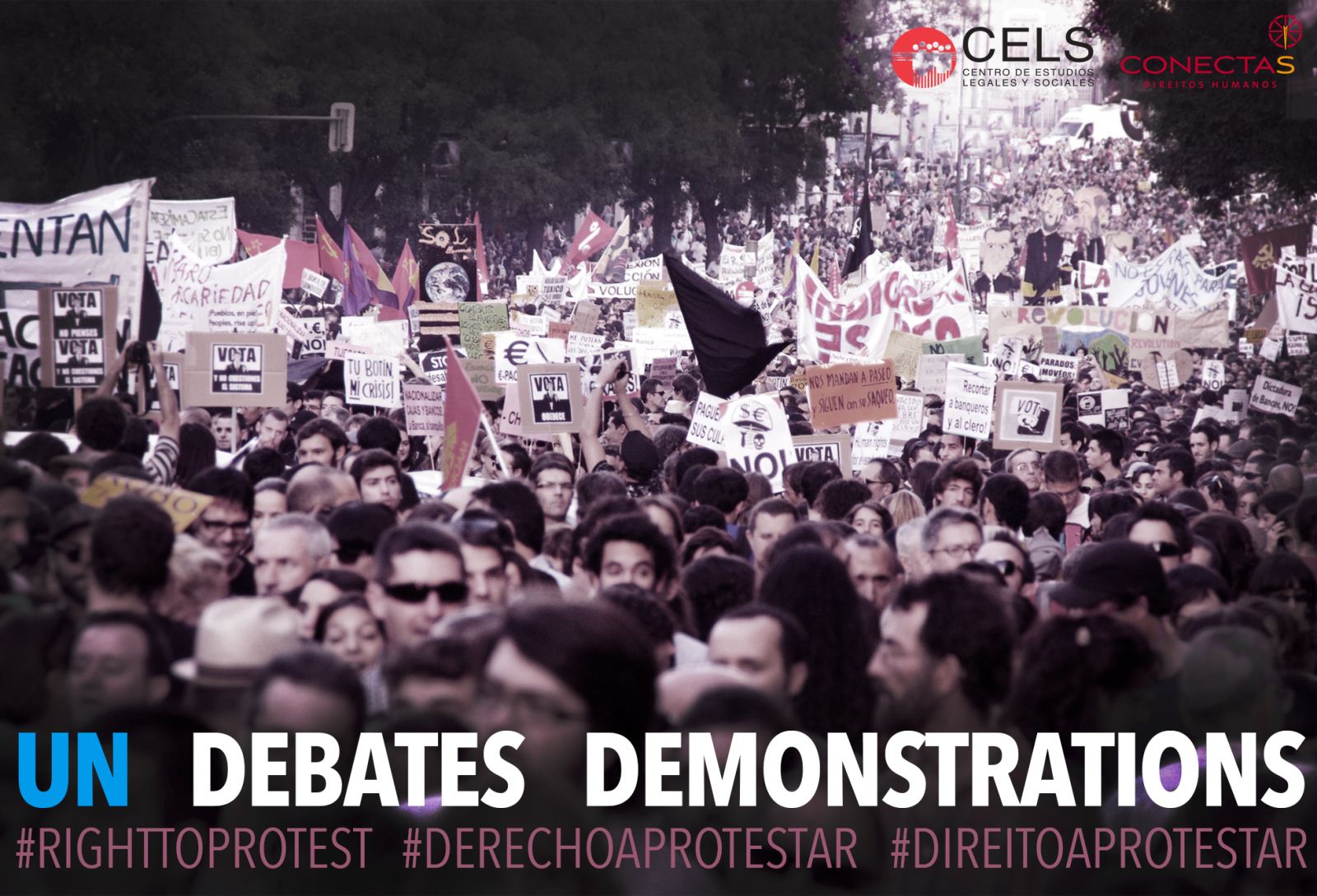 A proposed resolution on peaceful protests presented in the UN Human Rights Council by Turkey, Costa Rica and Switzerland has been criticized by Conectas and by the Argentine organization CELS (Center for Legal and Social Studies). Despite recognizing the importance of the initiative, the NGOs emphasized the need for the resolution to specify that “all human rights protections remain directly applicable to all forms of social protest, whether or not they are classified as peaceful”.

In order for the text to be altered before the vote, scheduled for March 28, the NGOs submitted a letter to the Member States of the Council. In the letter, which was endorsed by another 15 organizations, Conectas and CELS called for the resolution to clarify that an act of violence does not constitute a violent demonstration – and, therefore, that governments and police forces must guarantee people’s rights even when disturbances occur.

“Our collective experience suggests that many governments are quick to classify any protest as ‘non-peaceful’, even when the vast majority of the individuals are not acting in a violent manner. This generalized classification is then used to justify a broad range of repressive measures.”

Among other points, the NGOs also emphasized that this resolution offers a unique opportunity for the international community to continue establishing human rights standards for the regulation of the use of force in the context of protests.

The protection of human rights in protests has already been the subject of a UN Human Rights Council resolution, in April 2013. The document urged the Office of the UN High Commissioner for Human Rights to organize a seminar on the topic.

The report from the seminar, held in December 2013, concluded that “the primary concern should be prevention of violence and of the use of force by law enforcement. Necessity, proportionality, non-discrimination and accountability are key principles that underpin the use of force for the management of peaceful assemblies”.