Txai Suruí: the indigenous peoples are on the front line against deforestation 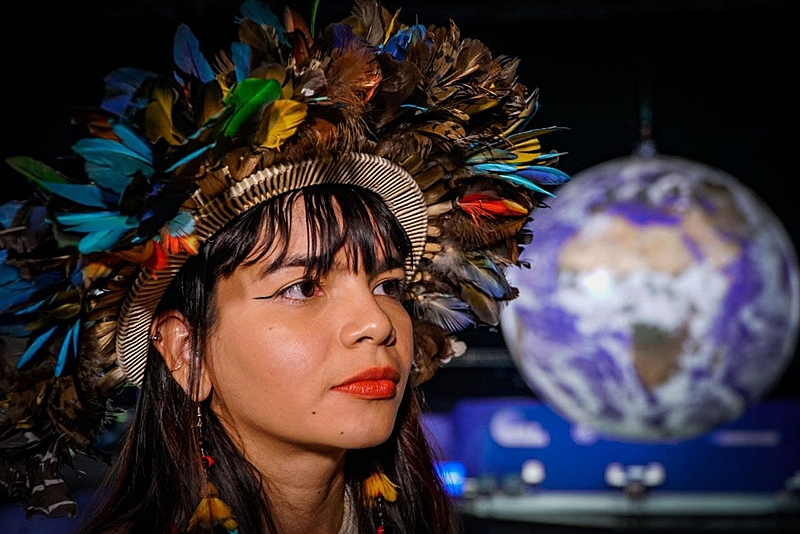 The celebration considered the role of the 1972 conference, when, for example the UNEP (United Nations Environment Programme) was created. But the present and future of the planet, including a sense of urgency regarding tackling climate and socio-environmental problems were also discussed by governments, civil society, businesses and other actors at Stockholm+50.

The indigenous activist, Txai Suruí, one of the participants at the conference, contributed to the debate with a message that reflects the vision of many indigenous people: it is possible to live in harmony with nature and this does not signify poverty. Txai Suruí, Coordinator of the Kanindé Ethno-Environmental Defence Association and the Indigenous Youth Movement of Rondônia talked to Conectas about the conference, direct from Stockholm. She drew attention to the need to include more people in the debate on climate justice and highlighted the role of the indigenous people in defending the Amazon region. See below:

Conectas – The conference is a call for the construction of a sustainable planet for all. So, how can all people be included in this agenda and make climate and environmental justice a reality?

Txai Suruí – Firstly, in order to include all people, they have to be here. What we can see here at the conference is a low level of representativity. I´ve been listening to different stories and I heard the young UN adviser [Archana Soreng] talking about how hard it is for people from elsewhere to get visas to be here, from Africa, India and other places. How can we have an inclusive discussion that takes different realities into account, if these people are not here? The people who are living those realities are the ones who know about them. So, I think that for us to start to include all people and put climate justice on the agenda, these people must be here and able to speak out, participating in the panels. Decisions are taken by the government, but why isn´t the government listening to those who are actually experiencing the consequences of climate change? In order to build a path towards climate justice people have to be taken into consideration, especially those who are most affected.

Conectas –  This event in Stockholm marks 50 years since the United Nations Conference on the Environment in 1972. In your opinion, what is the role of conferences like this? Is it possible for these reflections to become public policies?

Txai Suruí –  The role of these conferences is to bring all these actors together […]. It is possible for these reflections to become public policy if we put them into practice. Execution is the most difficult aspect of public policy because we already know what needs to be done and where the error lies. For example, the problem in Brazil today is deforestation and the pledge is to end deforestation in the country by 2028. What is the difficulty with this? Putting it into practice. It is not just a question of saying deforestation will end, we need effective monitoring whereby people actually go to the indigenous lands and the conservation areas that are suffering deforestation.

Conectas – How do international conferences like this help? Do they help those working at the cutting edge of public policies? As someone who has a connection with both the global and local levels what do you hear people saying?

Txai Suruí – Yes. Within the indigenous lands we are doing local work that will have a global effect. Here it´s the opposite. The discussions are global ones to help think at the local level. Energy, fair transition, economy …. the discussions are on a worldwide basis so that when we go back to our own countries we can implement them, taking into account what other countries and people are already doing. In this way, everyone is following the same path, the same objective, which is a more sustainable world with climate justice.

Conectas – In general, what are the themes that civil society and social movements in Brazil have brought to this conference? What contribution is Brazil making to the debate?

Txai Suruí – We know the situation we are experiencing in Brazil – deforestation and attacks on human rights – and it is not possible to speak of climate justice, climate change, without speaking primarily about people. Firstly, because people are the first to be affected and also because people are the ones who are either protecting or destroying the environment. So, people are in all aspects of this process. We are presenting our reality here. At COP26, the Brazilian government said things that were not true. They said that this issue of the destruction of the Amazon was a lie and that it wasn´t like that. We went there to talk about the real situation, to tell the truth and we are here to do the same. The miners, the hydroelectric dams and all these large ventures are being placed in Brazil with the incentive of the Brazilian government, with the incentive of those who see progress only as destruction, but these companies are from overseas, they are foreign companies. So, we are here to say, for example, that mining is Sweden´s most exported product. What are the biggest problems today in Brazil in terms of indigenous lands? The illegal mining. So, we say to the Swedish, for example: stop funding the indigenous genocide.

Conectas – How are the indigenous peoples, particularly in Brazil, contributing to building the sustainable planet that the event talks about? Why is it important to take these peoples into consideration, especially the indigenous youth, in the conversation about the environment and climate?

Txai Suruí –  Indigenous people represent 5% of the population and protect 80% of the planet´s biodiversity. In addition, today in Brazil, indigenous lands are safeguarding more than the conservation areas. The importance of having the indigenous people there to protect that environment is evident. We, the indigenous people, are on the front line against the destruction of the forest. When raiders come to carry out deforestation, they have to get past us first. And when they do carry out deforestation, when they burn down rainforest, people sometimes think “oh, forest burnings, deforestation this is something far from me”, or they think “right, so they´re just cutting down trees”, but in fact they are not just cutting down trees. When they go there they invade and cut down trees, they are destroying our home. Many leaders´ homes have been burnt down. I have lost friends in the struggle. We are literally fighting with our bodies to keep the Amazon alive. No other society is doing this.

And more than this, our contribution is our very vision of the world: to live in harmony with our forest which does not mean being poor. Indigenous people are often linked with poverty, stupidity and squalor, but in actual fact we are showing that quality of life is there, because when we provide protection there is clean water and food for everyone and it´s free. The rainforest provides everything free of charge. Here in the city, everything costs money, nothing is for free. I´ve never seen anyone go hungry there. This is a collective vision in which everyone is seen as part of the world. We don´t just live in the rainforest, we are the rainforest. 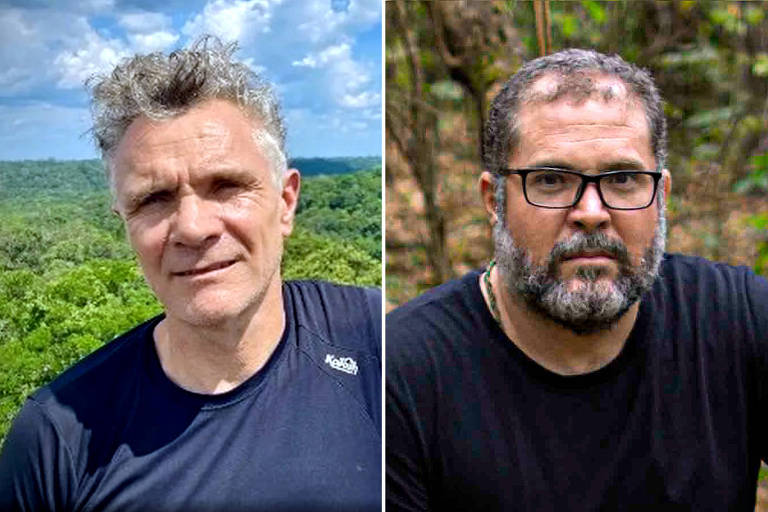