Tragedy in Mariana: Seven years on, still no reparations for victims

The companies and foundation responsible for the compensation are not serving as agents of effective human, social and environmental reparations, says civil society 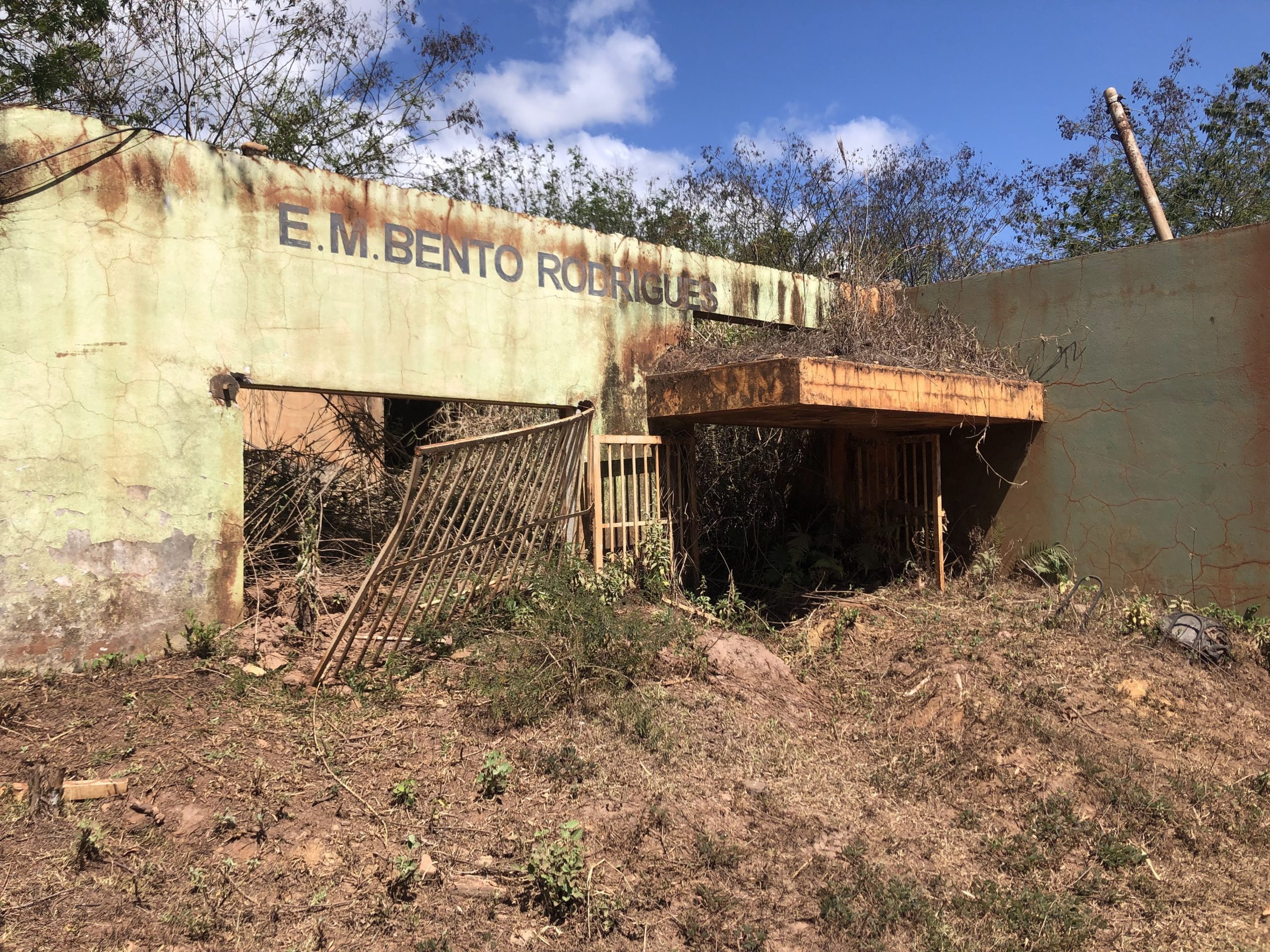 Of the 612 residents of Bento Rodrigues, an estimated 400 were present on November 5, 2015, when a tsunami of mud buried the sub-district of Mariana. The toxic material came from the Fundão tailings dam, one of the three such structures of the Samarco iron ore extraction and processing complex, owned by the world’s two largest mining companies: Brazil’s Vale and the Anglo-Australian BHP Billiton. Seven years after one of the largest environmental and social crimes in the country’s history, no settlement agreement has yet been reached.

Among the five people from Bento Rodrigues who died was Maria Eliza Lucas, aged 60, who was fishing in a lake and did not hear the noise of danger approaching. Antônio Prisco de Souza, aged 74, known as Totó, did not believe his sister when she shouted for everyone to run. While his family members were trying to save themselves, he went to the kitchen to drink a glass of water and was swept away by the mud.

Dona Darcy was alarmed by the increasing noise coming from outside her house. When she opened the door to see what going on, she grabbed her 7-year-old grandson Thiago and ran to the bedroom. “The violence of the mud severed their embrace and the boy disappeared. Dona Darcy managed to climb onto a mattress that was stuck on a flat roof, from where she was rescued by firefighters,” wrote the journalist Cristina Serra in her book “Tragedy in Mariana: A history of the worst environmental disaster in Brazil”, in which she tells these and other stories of the catastrophe.

Many people were saved because they managed to flee to the highest areas of the region, from where they had a bird’s eye view of Brazil’s saddest environmental spectacle in recent years. “Even though the residents saw with their own eyes what had just happened, it was hard for them to believe the nightmare. Feeling a mixture of revolt, despair and uncertainty about the future, they looked at each other in astonishment, waiting for help,” wrote the journalist.

In addition to Bento Rodrigues, the districts of Paracatu de Baixo and Gesteira were also destroyed. In total, 19 people were buried by the mud. Eventually, the sludge – a mixture of mud and sand left over from iron ore processing – made it to the Doce River, flowing into the riverbed and impacting another 38 municipalities in the states of Minas Gerais and Espírito Santo.

For many of the affected people, some of the damage is irreparable. “The Doce River, which we the Krenak people call Wutu – our grandfather – is a person, not a resource, like the economists say. It is not something that you can own,” explained the indigenous leader and writer Ailton Krenak, in his book “Ideas to Postpone the End of the World”. “Wutu, this river that supported our life on the banks of the Doce River between Minas Gerais and Espírito Santo, over a length of 600 km, is covered by a toxic material that escaped from a tailings dam, making us orphans and placing the river in a coma. (…) Putting us in the real condition of a world that has ended.”

Despite specific recommendations to prevent such tragedies from happening again, on January 25, 2019, another dam under the responsibility of Vale collapsed in the town of Brumadinho, also in the state of Minas Gerais, killing 270 people. The omission and collusion of the State were pointed out by civil society organizations.

It is not a stove, it’s a history

Seven years after the tragedy, a settlement agreement for the victims has still not been reached. On October 19, 2022, the Renova Foundation announced that 71 of the 162 new houses planned for Bento Rodrigues had been completed. But the affected families were told they could only move into the properties in January 2023, after the date had already been postponed on three previous occasions.

Also according to Renova, another 47 houses are under construction in the district of Paracatu de Baixo. In Gesteira, 31 families chose to buy houses elsewhere.

The latest deadline for the completion of the homes was February 29, 2021. According to the Minas Gerais State Public Prosecutor’s Office, the penalty for missing the deadline is R$1 million per day, but the companies appealed and no date has been set for the case to be heard. Now, there is no deadline for delivering the houses. This, according to the organization, is because some of the families have not yet defined their floor plan designs.

The Renova Foundation was created in 2016 to handle reparations for the people affected by the tragedy. It is funded by Samarco, Vale and BHP Billiton without the participation of those with the most interest in the matter: the victims.

According to a report submitted to the Universal Periodic Review of the United Nations, drafted by Conectas in partnership with the organizations Cáritas, CABF (Commission of People Affected by the Fundão Tailings Dam), the Movement for the Waters and Ranges of Minas Gerais and Avabrum (Association of Families of the Victims and People Affected by the Collapse of the Córrego do Feijão Dam, in Brumadinho), over the years Renova has been serving “much more as a means of limiting the responsibility of the companies than as an agent of effective human, social and environmental reparations, on account of its governance problems, misuse of purpose and inefficiency”. According to the document, Renova and the companies together repeatedly fail to comply with approved settlements and administrative and court rulings.

In a complaint to the UN Human Rights Council, Conectas noted that “urgent measures are still needed in order to mitigate the severe ongoing violation of rights”. At the end of August 2022, during a visit to the communities of Bento Rodrigues and Paracatu de Baixo, districts of Mariana, Conectas observed that many of the houses were still unfinished. In many cases, construction had not even started.

Families are often not even recognized as having been affected. One of the families that has not yet defined the floor plan for their house consists of the pensioner Maria das Graças Quintão and her daughter, Mônica dos Santos, a local leader and member of CABF. Since the tragedy, they have been living in an apartment rented by Renova in the town center of Mariana.

“They want to install a prefabricated stove, but mine wasn’t like that, it was a brick stove. In Bento, everyone had wood stoves – some made by the residents themselves,” Maria das Graças told piauí magazine. “I don’t know if I’m going to get the hang of this stove that they want everyone to use, it’s totally unfamiliar to me. It may seem like just a stove, but it’s more than that. It’s my history, my home, it has an emotional value for me.” 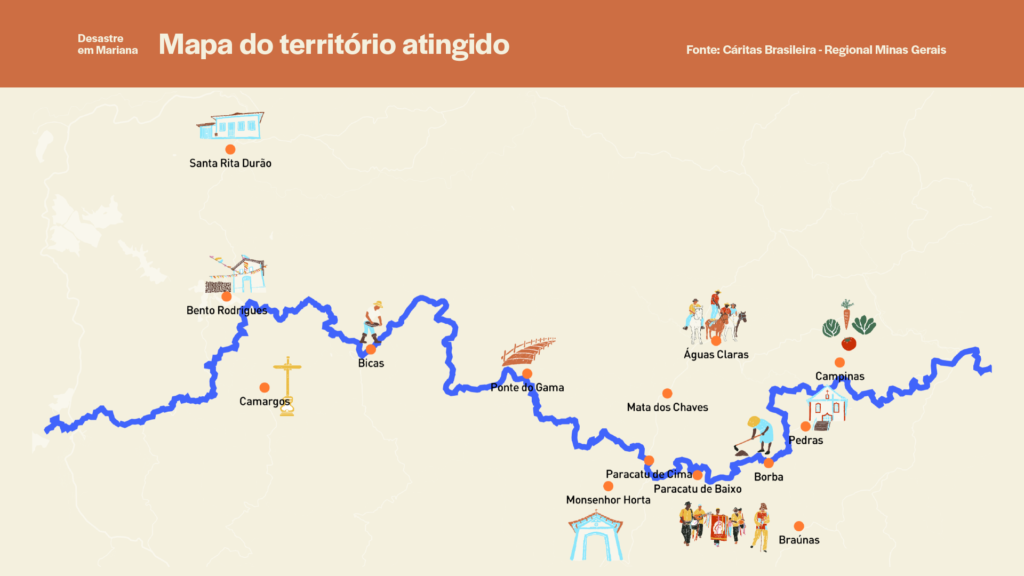 Also read: Tragedy in Mariana: With no settlement for affected people, companies come under pressure from international investors