Torture is a crime 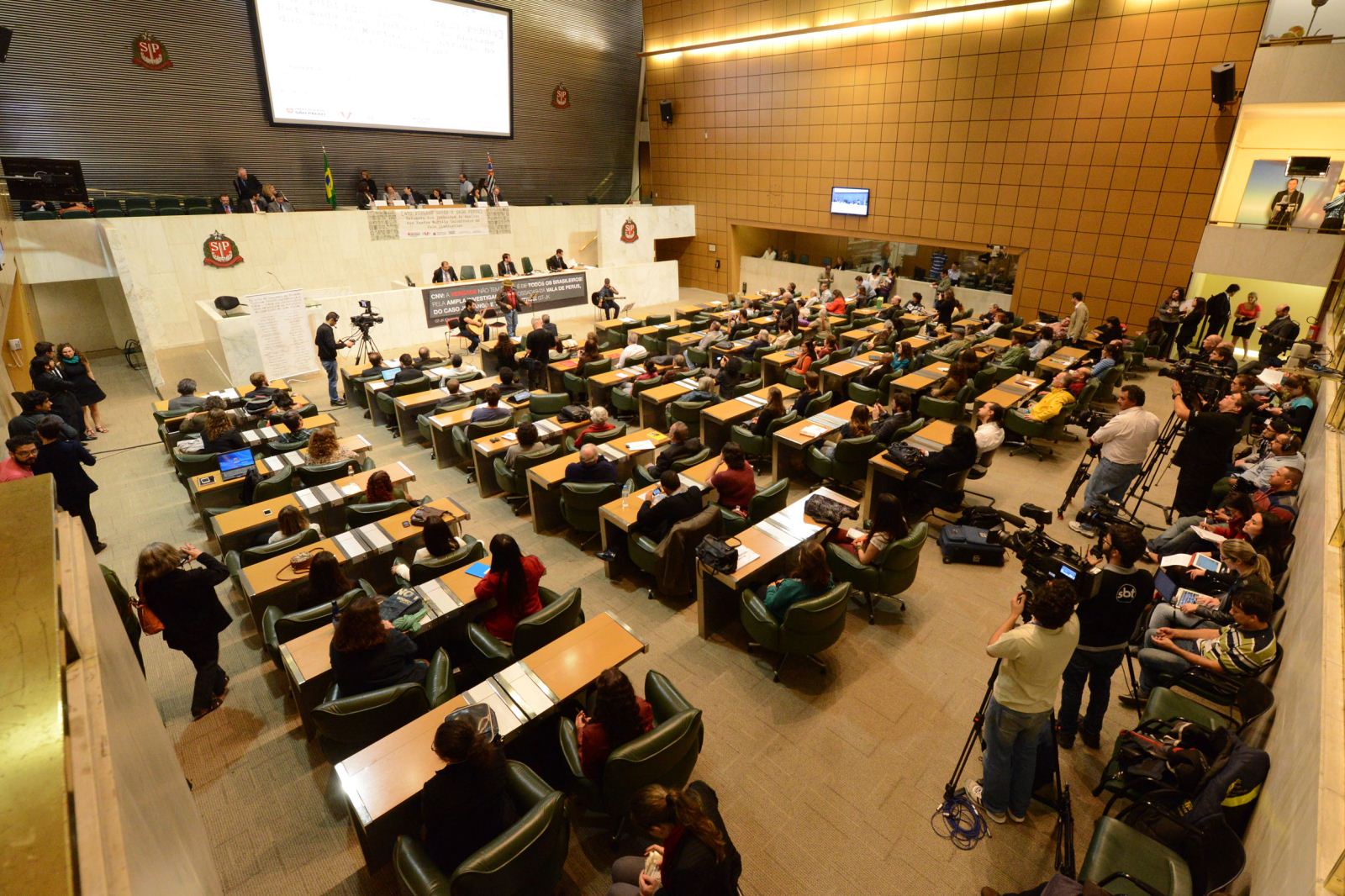 São Paulo, a state that holds 35% of the Brazilian prison population, has finally taken the first step in the creation of a State-Level Mechanism to Combat and Prevent Torture. A legislative bill in the molds of the law signed by the federal government in August 2013 was submitted yesterday (September 4) by state legislator Adriano Diogo.

The news was announced publicly, hours later, at a hearing on the reopening of the ‘Bones of Perus’ case – to identify the human remains discovered nearly 25 years ago in a mass grave dating back to the military dictatorship. It was met with applause by the relatives of the ‘disappeared’ and the officials Ideli Salvatti, of the Office of Human Rights, and Eleonora Menicucci, of the Office of Policies for Women, who participated in the event.

If approved by lawmakers and signed by the state government, the law will create a new body, formed by experts, with an independent agenda and free access to any detention facility in the state. Based on their inspections, the members of the mechanism may request investigations, conduct medical examinations, prepare reports, catalogue data and recommend public policies.

The draft of the text was presented to lawmakers one day earlier, at the thematic hearing on ‘Torture: Past, present and future, in the State Truth Commission. The bill, prepared by organizations such as Conectas, Pastoral Carcerária, the Citizenship and Human Rights Center of the São Paulo Public Defender’s Office, the Regional Psychology Council, ACAT and the Práxis Institute, have been waiting for the go-ahead from Governor Geraldo Alckmin for three years.

“Today, democracy has triumphed and the country has come out stronger in the civilizational process,” said the lawmaker when signing the document. “Torture is not a method of interrogation. Torture is a means of humiliation and destruction of the human being.”

The bill was drafted in the light of the positive experience in the state of Rio de Janeiro. According to Renata Lira, a member of the Rio de Janeiro mechanism, the creation of the body in 2010 enabled the compilation of data and the creation of dialogue channels with public agencies to combat the practice of torture. Paraíba, Alagoas, Pernambuco and Espírito Santo have already approved similar laws, but the new mechanisms are not yet up and running.

“Rio de Janeiro’s prison population is less than 20% of the size of São Paulo’s. If having this mechanism has been a major breakthrough for us, imagine what it will mean for São Paulo, which faces a much greater challenge,” said Lira.

Brazil already has a National System to Combat and Prevent Torture, created by Law 12,847 that was passed by the federal government in August 2013. It was adopted following the commitment signed by Brazil in 2007 with the SPT (United Nations Subcommittee on Prevention of Torture). Its success, however, depends on the replication of the model in Brazil’s states, in order to guarantee coverage of the entire prison system – the world’s fourth largest in number of detainees.

According to Raul Nin, of the Citizenship and Human Rights Center of the São Paulo Public Defender’s Office, the practice of torture is outlawed by the Brazilian Constitution and several international human rights treaties.

Adopted in 1984 and ratified by Brazil in 1989, the Convention against Torture and Other Cruel, Inhuman or Degrading Treatment or Punishment is the primary international standard on the subject. The country also signed, in 2007, the Optional Protocol to the Convention, which established the time frame of one year for countries to adopt national prevention mechanisms.

On the national level, Law 9,455 of 1997 defines the crime of torture as “constraining someone with the employment of violence or serious threat thereof, causing them physical or mental suffering” in order to obtain information, to provoke criminal acts on account of racial or religious discrimination, or to apply personal punishment or a preventive measure.

“We, at the Public Defender’s Office, understand that the government of the state of São Paulo has the duty to create this mechanism and to contribute to the prevention and combating of this type of practice,” said Nin. His sentiments were echoed by José de Jesus of Pastoral Carcerária, the Catholic Church’s prisoner outreach service. “Six states have already approved similar laws, but not São Paulo, despite the fact that it has the country’s largest prison population.”

During the hearing in the Truth Commission, held on September 3, prior to the presentation of the bill, the participants agreed that, despite the advances in the law and in international commitments, the practice of torture is still systematic in Brazil, particularly in the country’s prisons.

“Torture is a crime of opportunity and the conditions are such that these crimes will continue to occur,” said Lucia Nader, director of Conectas. She explained that factors such as tolerance of the practice by society, the invisibility of the crimes and the lack of confidence in institutions perpetuate the practice and make it difficult to denounce. “Torture has not just been inherited from a past of human rights violations in Brazil. It is tolerated daily and systematically,” she concluded.

According to Maria Amélia Teles, a member of the State Truth Commission, the historical construction of Brazil incorporated the practice of torture, which became trivialized and institutionalized. “Brazil was an exporter of torture methods. Many Chileans first heard about the ‘parrot’s perch’ technique from Brazilian torturers,” she said.

Towards the end of the 1970s, social movements and civil society organizations started to denounce the torture that was inflicted during the dictatorship, report on the flaws plaguing the prison system and protest against the continued violence in prisons, recalled Gorete Marques, of the National Committee to Combat and Prevent Torture.

“This demonstrated the importance of the visits by independent organizations to these facilities as a means of combating and preventing the practice of torture. This is what marked the start of the democratic transition,” concluded Marques.