Three Years of the Freedom of Information Law 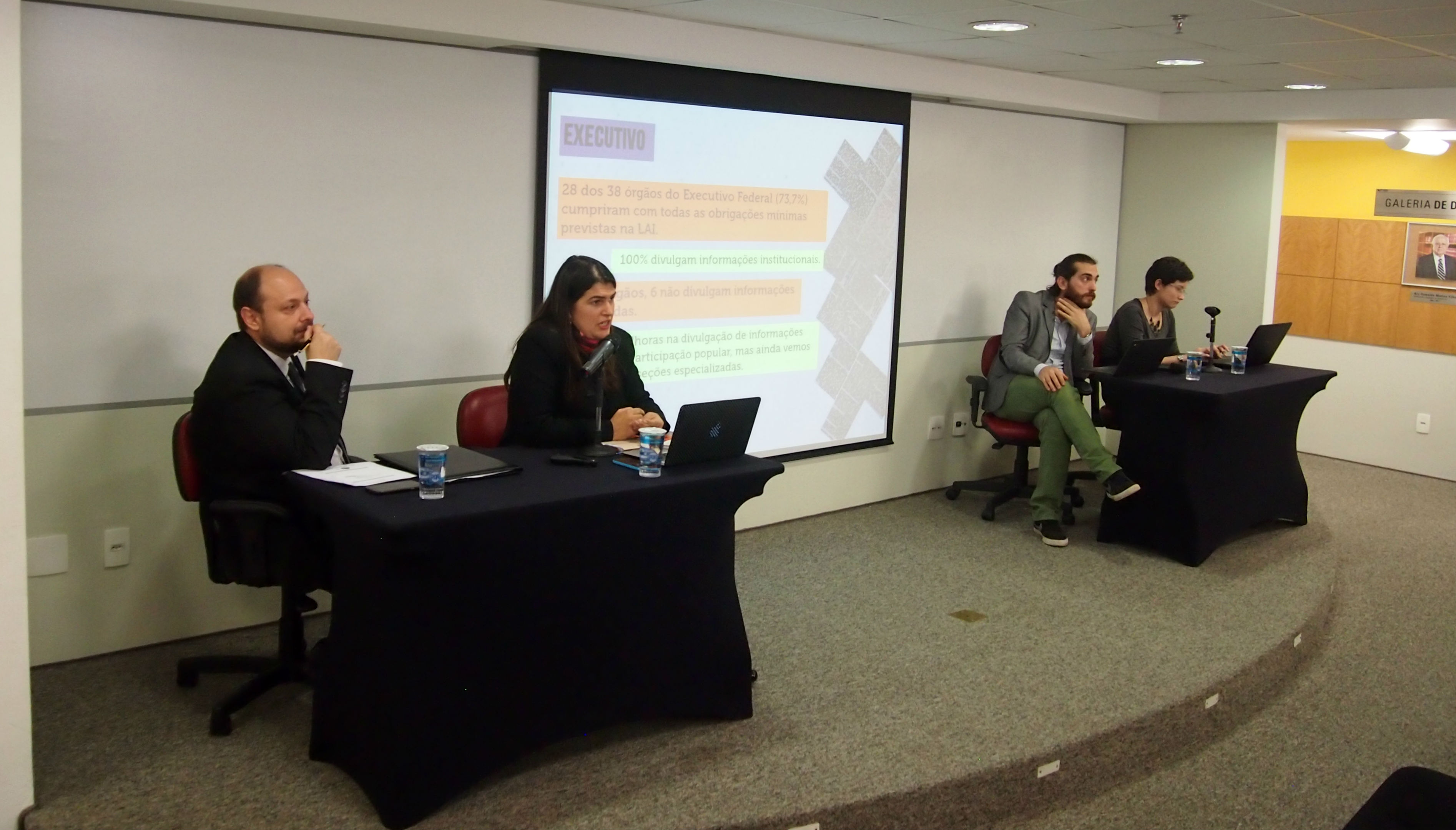 In a seminar, organizations call for preparation of White Paper and better criteria for classifying secret information

The preparation of the White Paper – a public document containing the principles, priorities and outlines of Brazilian foreign policy – and better criteria for classifying secret information were two of the recommendations made by Conectas and Article 19 to the Ministry of Foreign Relations during the seminar “3 years of the Freedom of Information Law: How to make more progress?”, held on Thursday, May 14, at the FGV Law School in São Paulo.

In addition to urging greater active transparency on the website of the Foreign Ministry, the organizations also suggested a more active role for the CGU (Office of the Inspectorate-General) and a reform of the CMRI (Mixed Commission for Information Reassessment), the body of last resort for appeal when information is denied by the other authorities.

“All our recommendations are intended to help the Ministry of Foreign Relations to better systematize its information and make its data more effectively available for citizens,” said Juana Kweitel, program director at Conectas.

The Ministry of Foreign Relations, represented by the director of its Communications and Documentation Department, João Pedro Corrêa Costa, blamed the financial crisis in the ministry as one of the causes of the shortcomings involving transparency.

“Our operational budget has fallen by 43.4% over the past six years. We don’t not do it because we don’t want to any more, but because we can’t. We don’t have the money to do it,” said Costa.

Regarding the classified information (confidential, secret and top secret), the government representative informed that the ministry follows three criteria for classification: the possibility of putting negotiations at risk, the preservation of the source, and the likelihood of having a negative effect on the image of the country.

Kweitel, meanwhile, emphasized that the Law itself states that the secrecy of information related to negotiations ends immediately after the completion of the commercial transactions. She also pointed out that, instead of denying information, the Foreign Ministry could redact documents to protect a source and said that the risk of negatively affecting the image of the country is only justified in the case of compromising national security.

“This only reinforces the need for a White Paper, since it will force the ministry to systematize principles, positions and information, as well as embrace a culture of making foreign policy issues available for public debate,” said Kweitel.

Abraji (Brazilian Association of Investigative Journalism), Transparency Brazil and the Brazilian Public Security Forum presented new reports on the use of the Freedom of Information Law by journalists, on compliance with the law by state legislatures and, also, on its use for obtaining information on killings and victimization by the police.

The study by Abraji recommended quicker responses and penalties in cases of non-compliance with the law, while the report by Transparency Brazil revealed that five states have still not fully regulated the law. The Brazilian Public Security Forum, meanwhile, pointed out the lack of integration between the information systems of the public security agencies.