Millions in funding are transferred to private organizations by all levels of government with no oversight; transfers have increased in the government of Jair Bolsonaro 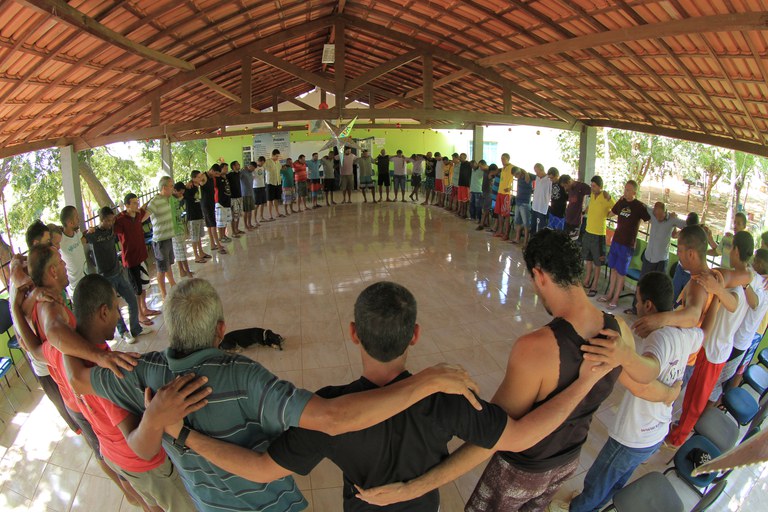 Therapeutic Communities (TCs) – private custodial organizations for the treatment of drug abusers – received a total of R$560 million from the government between 2017 and 2020. And this amount, spent by the federal, state and municipal levels of government, looks likely to increase in the years ahead. The approval of Complementary Law 187/2021, signed by President Jair Bolsonaro, entitles TCs to receive tax exemption, which is a form of indirect public funding.

These are some of the conclusions reached in the new study conducted by Conectas Human Rights and Cebrap (Brazilian Center of Analysis and Planning). Titled “Public funding of Brazilian therapeutic communities between 2017 and 2020”, the document was released this Monday, April 25.

According to the study, Therapeutic Communities openly offer treatment based on isolation, abstinence and spirituality. The report reveals that there is no standard of oversight or transparency about the type of service that is contracted, about the breakdown of their costs, their inputs, the expected products and, primarily, their impact and their effectiveness as a treatment policy, which is what should guide the public administration.

According to the lawyer Carolina Diniz, an advisor for the program to Combat Institutional Violence at Conectas and coordinator of the project that gave rise to the report, the lack of a precise definition of the nature of TCs hinders oversight by the public and by sectors of society dedicated to defending human rights and monitoring the use of public funds.

“Since 2016, funding for TCs has increased in the country, while funds allocated to health and the Psychosocial Care Network have been cut. This represents a shift in the course of drug policy in Brazil that is not backed by scientific evidence on the effectiveness of the treatment. In practice, custodial institutions are funded at the expense of care and harm reduction policies,” said Diniz.

According to the lawyer, this serves as a warning about the problematic relationship between these organizations and government: “It is a setback in mental health policy from the anti-asylum perspective, which was developed after a great deal of struggle by civil society,” explained Diniz. “Public money is being allocated to private institutions, many of which are religious in nature, with no state or social control”.

In addition to receiving funds from the different levels of the Executive branch of government, discretionary spending via ‘parliamentary amendments’ is also used to strengthen the relationship between therapeutic communities and the Legislative branch of government. The National Department for Drug Care and Prevention has even created a guide to expedite the allocation of this funding specifically for TCs. According to the study, the amount paid via parliamentary amendments between 2017 and 2020 exceeds R$30 million. There is, however, no transparency in the transfer of these funds and the amount could be higher.

There exists in the National Congress a Mixed Congressional Front in Defense of Therapeutic Communities, which consists of 180 federal members of Congress and 20 senators. Its members are distributed across the political spectrum, from the government support base to the opposition. It is worth noting that Complementary Law 187/2021, which granted tax immunity to TCs, was approved without a Budgetary Impact Study and was opposed by just one political party.

To identify the amounts of public funding that were allocated, the research first looked at the federal government’s budget planning – in particular the Multi-Year Plan and the Annual Budget Law of the current Ministry of Citizenship. The data on funding from state and municipal governments was obtained from a series of questions submitted in a Freedom of Information request and also from governmental transparency websites, to ensure that the study could be cross-checked against two sources of data given the impossibility of securing detailed federal data from more than 53 different government bodies.

According to Maurício Fiore, coordinator of the study and researcher from Cebrap, the report encountered difficulty obtaining data, despite the Freedom of Information request.

“The feeling I get is that there has been a setback in transparency. It appears that some public administrators have learned how the Freedom of Information Law works and they are now holding back in an attempt to circumvent the law and create obstacles. In the case of TCs, one problem is the imprecision of the policy itself,” said Fiore, pointing out how difficult it is to access payment details, budget line items and other such information.

He also said that the main barriers are found in the states and municipalities, where it is even harder to identify whether the funding for TCs comes from the health, justice or social services departments. “This makes me even more determined to keep working on this issue, and also because of the very sharp increase in funding and the expansion to all levels of government,” he said.

The report draws on a legal opinion that analyzes Complementary Law 187/2021 – which includes TCs among the institutions eligible for certification as a Charitable Organization in Social Services, enabling them to qualify for tax exemption. According to the report, the inclusion of TCs represents, in practice, the creation of a fourth category of organization exempt from social contributions (taxes), contrary to the Federal Constitution.

Furthermore, it creates a legislative treatment that is unequal compared to other types of non-profit organizations that work in related fields but are not recognized as social services, health or education organizations.

The study also notes that the Complementary Law was approved without a budgetary and financial impact study and, therefore, an estimate of the size of the tax loss to the Executive Branch, which infringes on the provision contained in article 133 of Constitutional Amendment 95.