The UN in the Colloquium 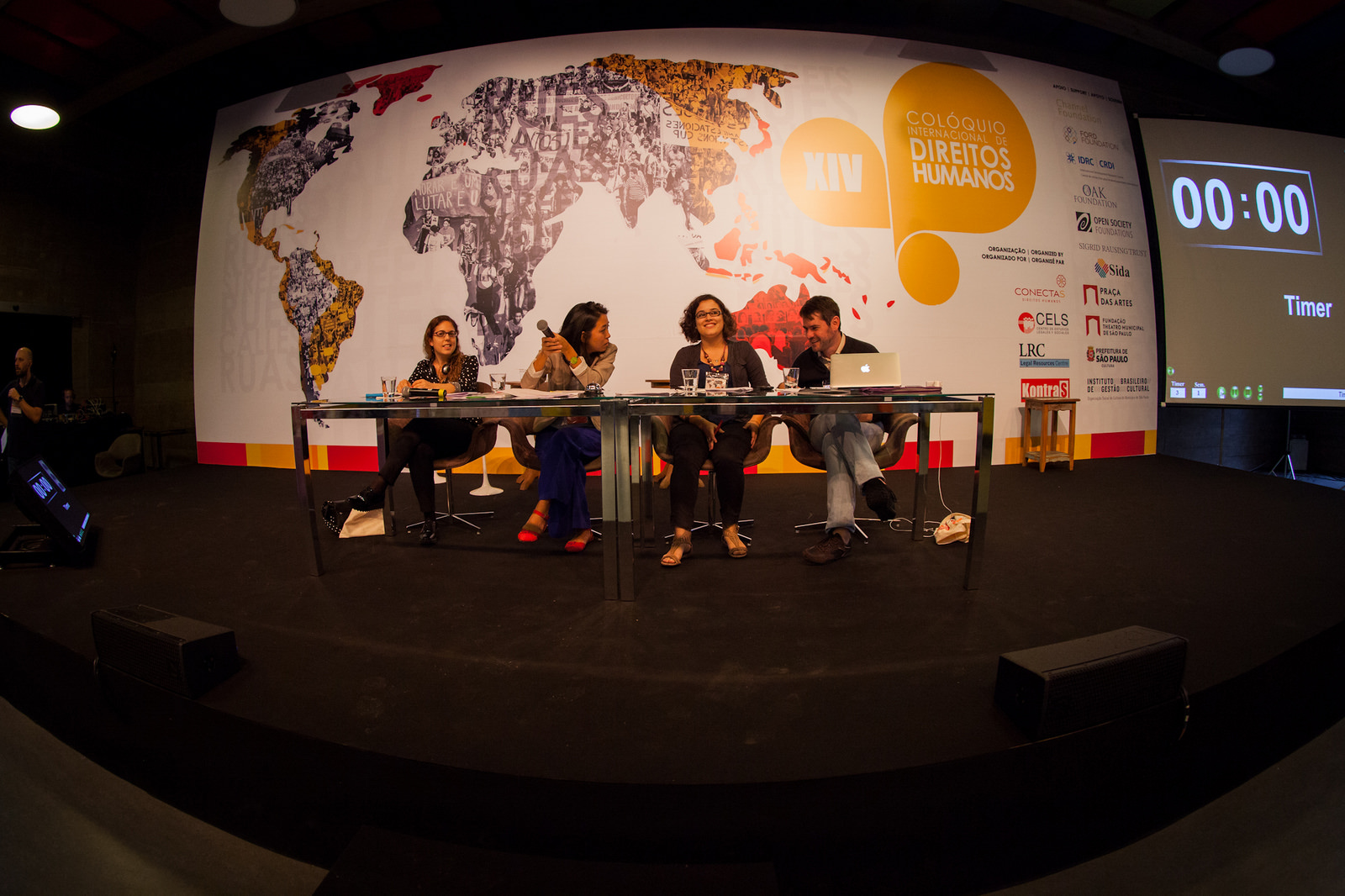 This Thursday, May 28, activists, experts and academics participating in the 14th International Human Rights Colloquium simulated a vote in the UN Human Rights Council on the resolution for the protection of demonstrators in protests. The real resolution that guided the fictitious session is A/HRC/RES/25/38, which was voted during the 25th session of the HRC, in 2014.

The meeting was chaired by Camila Asano, coordinator of Foreign Policy at Conectas, who had a secretariat formed by Raísa Cetra, foreign policy adviser at Conectas, Gabriela Kletzel, coordinator of the International Work team at CELS (Center for Legal and Social Studies), and Paulo Lugón Arantes, a representative of both organizations in Geneva.

During the simulation, of the six proposed amendments, the main one was presented by Costa Rica and called for the removal of the term “peaceful” from the text, on the grounds that the word would lead to the criminalization of demonstrations considered non-peaceful. Without any of the proposed amendments being approved, the resolution was passed by 12 votes to 6.

After the simulation, Gabriela Kletzel and Paulo Lungón spoke about the negotiations in Geneva and the impacts that civil society, particularly human rights NGOs, had on the vote.

“The role of civil society, primarily NGOs, was essential because most of the countries were far more concerned about regulating protests than with protecting the right to protest,” explained Kletzel.

This article was written by Stefanie Prandi and is part of the collaborative coverage of the 14th International Human Rights Colloquium.