The reality facing the most vulnerable populations in the pandemic

Indigenous people, prisoners and the homeless, especially blacks, are among the groups most susceptible to the disease 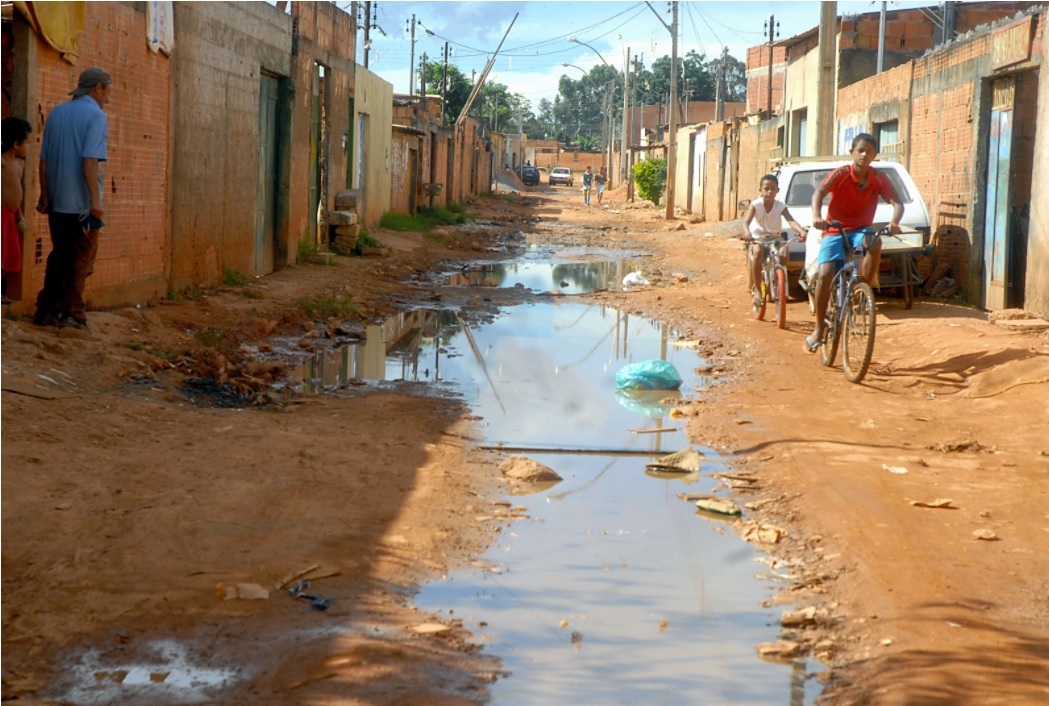 Image of a neighborhood with dirt streets and stagnant water with children riding bicycles.

José de Souza, who makes a living collecting recyclable waste, learned from the TV he watched in bars in the city of São Paulo the prevention measures, the symptoms and the seriousness of the novel coronavirus. Nevertheless, since he was homeless, there was no way he could protect himself.

“They say you should wash your hands, but wash them where? We’ve got no water. I don’t think I’ll catch this disease. I have faith that God will protect me. I’ve gone through a lot in my life and I’m here working, rain or shine,” he told the journalism website Ponte.

In addition to the homeless population, there are 9.6 million homes in Brazil that are unable to follow the most basic health recommendations of the World Health Organization because they are not connected to the water network, according to the latest National Basic Sanitation Survey conducted by the IBGE statistics institute.

Half the country’s homes, or 34 million, are also not connected to a sewer system. This lack of access to sanitation services caused Brazil to register, in 2016 (the most recent data), 342,000 hospitalizations for avoidable illnesses. And the pandemic is likely to increase this number.

Considering the inequality that afflicts the regions of the country, some places suffer more than others: of each 100 homes without water, 50 are in the Northeast and 28 in the North. Sewage coverage in São Paulo, for example, is 30 times greater than it is in Pará.

The data shows how the novel coronavirus can create a parallel reality for the richest and for the most vulnerable populations.

It was for the purpose of highlighting this inequality that, even at the beginning of the pandemic, Twitter users came together using the hashtag #COVID19NasFavelas (#COVID19InTheFavelas). In one post, the communicator Tiê Vasconcelos wrote: “There’s no water in the favela to wash your hands? BUY SOME! I can’t even buy water to drink, even infected water that tastes like mud. Am I going to buy some to wash my hands? Having water in the favela to wash your hands is a luxury. They have no idea of our reality!”

It is not surprising, then, that a study conducted by the Folha de São Paulo newspaper found that patients hospitalized with Covid-19 in the private health sector have 50% more chance of recovery than patients in public hospitals.

In addition, when analyzing 30,000 cases until May 18, researchers at the Center for Operations and Intelligence in Health, of the Catholic University of Rio de Janeiro (PUC-Rio), confirmed that black and mixed-race people are more likely to die from Covid-19 than whites. But more from a social reason than a biological one. The researcher Emanuelle Góes, of the Cidacs heath data integration center of the Fiocruz research institute, told BBC Brasil: “Covid-19 finds fertile ground because these people [poor and black] face inequality in healthcare and instability in life. This is all related to the system in which we live, with racism”.

The work of Conectas attempts to overcome difficulties such as access to information and to healthcare for the most vulnerable groups in society, such as indigenous people and prisoners. And, in doing so, try to remedy the sad reality that makes the most vulnerable population the target of a global pandemic.