The health, economic and social chaos into which Brazil has descended is the direct responsibility of President Jair Bolsonaro 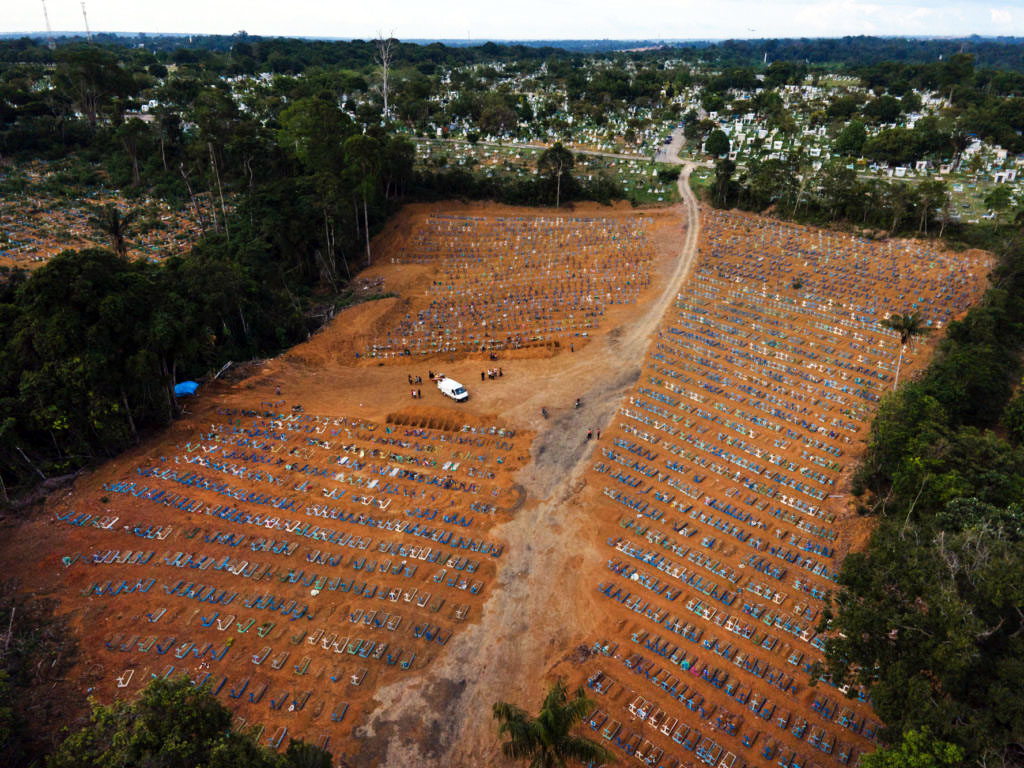 On the day that Brazil reached the milestone of 300,000 lives lost to Covid-19, Conectas sympathizes with the victims. They are the mothers, fathers, sons and daughters, friends and loved ones of so many people. We cannot lose sight of the human dimension behind the statistics of an avoidable tragedy.

The imminent collapse of the public and private health system, the lack of basic supplies for the treatment of patients and the exponential rise in deaths in recent weeks is a direct result of the negligence with which the disease has been handled by the authorities since before the first diagnosis was confirmed in Brazil.

More specifically, the health, economic and social chaos into which Brazil has descended is the direct responsibility of President Jair Bolsonaro, who sabotaged all the scientific recommendations, intervened in the Ministry of Health and caused an unprecedented political rift with mayors, governors, the Legislative and the Judiciary just when the country most needed unity and leadership.

The sudden U-turn in the government’s discourse, following a statement yesterday, March 23, by the president defending mass vaccination, is insufficient to repair the damage already done by his denialist, authoritarian and hostile position. Even though this shift is about more than just appearances, Bolsonaro and his former Minister of Health, Eduardo Pazuello, should be held accountable for their actions that have cost so many lives.

From now on, it is essential for the new Minister of Health to have the autonomy to work following technical recommendations and in coordination with states and municipalities, for the country to adopt tougher social isolation measures and for the vaccination programs to be accelerated. There is no more time to waste discussing “miraculous” and unscientifically proven early treatment.

It is essential to put a stop, once and for all, to any narrative opposing health and the economy. The damage to the economy will be much worse and more lasting with the pandemic out of control, impacting more severely the black and poor population that live in the urban outskirts of the country. For these people, in particular, food security and social policies are needed beyond an emergency income support of R$250 – an amount far below what is needed to feed a family.

It was based on this social sensitivity and the vacuum of political leadership that solidarity initiatives have been set up by civil society. For example, the campaign “Tem Gente Com Fome” (People Are Hungry), run by the organization Black Coalition for Rights, plans to distribute food staples to 223,000 families affected by the economic crisis – temporary but urgent relief for people in need. Donations can be made on the website: www.temgentecomfome.com.br.