International Day for the Right to the Truth on Human Rights Violations and for the Dignity of Victims is celebrated this Thursday, March 24 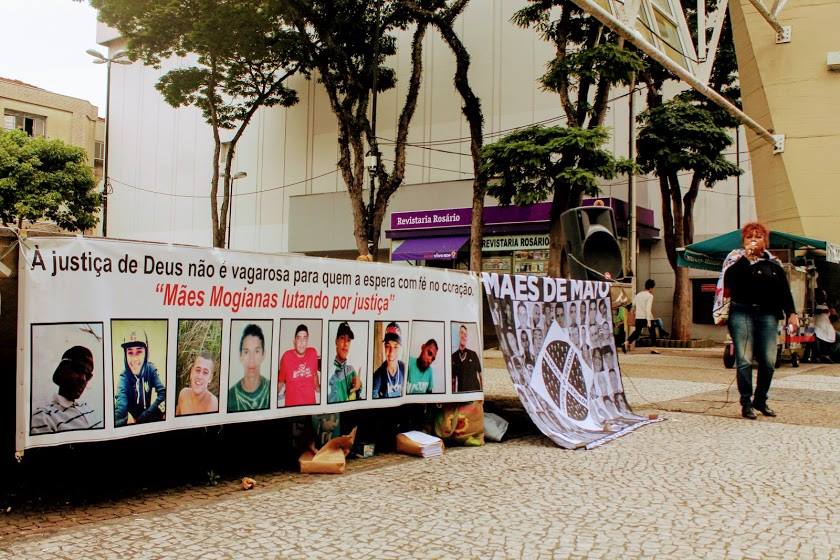 Dona Débora, leader of the Mothers of May Movement, in an interview with Conectas on the Crimes of May. Foto: Divulgação/Movimento Mães de Maio

Investigating human rights violations is a duty of the State, according to international bodies like the United Nations. Conducting fair, transparent and effective investigations is, therefore, a way to ensure that such violations are dealt with correctly. In practice, however, the avenues are tortuous and many victims, particularly more socially vulnerable people, do not have their right to truth respected.

The UN proclaimed March 24 as the International Day for the Right to the Truth on Human Rights Violations and for the Dignity of Victims. The date is a tribute to the Salvadoran Archbishop Óscar Arnulfo Romero, who was murdered on the same day in 1980 for defending human rights in his country.

The initiative urges States, such as Brazil, to resolve and prosecute human rights violations, and also to adopt mechanisms to ensure that these crimes are not repeated.

Conectas explains the right to truth on human rights violations:

What is the right to truth?

The right to truth is a principle of International Law that must be observed by States, especially in cases of human rights violations. It means there is a commitment to preserve the facts exactly as they occurred and to disclose them in a way that makes it possible to prosecute the people who committed the human rights violation and to prevent the repetition of similar cases, and also to provide remedy for the damage caused to the victims and the families of the victims of such violations. The UN classifies the right to truth as an inalienable and autonomous right and as a right that must not be restricted or suspended in any way, since it is directly linked to other rights.

How is this right upheld at the international level?

There are many pronouncements and documents on this subject. In 2006, for example, the OHCHR (Office of the UN High Commissioner for Human Rights) released a study in which it recognizes that each State has a duty to protect and guarantee human rights, conduct effective investigations into violations with sufficient resources and with the goal of providing remedy.

Three years later, in 2009, another OHCHR report identified the best practices for the implementation of this right, including tools for keeping records, preservation of institutional files, witness protection programs and special measures for witnesses who are children and victims of human rights violations, among others.

The right to truth in Brazil and transitional justice

The history of Brazil is marked by various periods of systemic violence against specific populations, namely the black population, indigenous peoples, Romani people, the LGBTI+ community, people with disabilities or disorders, women and poor people from the urban outskirts.

What we call transitional justice is a way to solve the problem. It consists of a series of measures adopted by a State to respond to human rights violations that occurred during authoritarian periods or when systemic violence was perpetrated against socially marginalized groups by the State itself, including through omission. The purpose is to restore the dignity of the victims and other affected people through the prosecution of those who committed the violations, in addition to material and moral reparations, the adoption of measures to ensure they are not repeated and processes to reconstruct truth and memory.

The processes involving transitional justice are diverse and may vary according to the historical background of each country, so there is no single model. In Brazil and other Latin American countries there was no sudden transition process in any of the authoritarian periods or in times when severe human rights violations were committed. There was, instead, a “slow and gradual” opening until the period of the dictatorship between 1964 and 1988 gave way to a democratic regime. However, whether sudden shifts do occur, internationally recognized mechanisms and parameters can be used to guide the implementation of transitional justice.

How to create mechanisms to preserve the right to truth

Truth commissions are one example of a technique for reconstructing society after a violent past, whether due to civil war, dictatorship, apartheid or violations of rights of minority groups, among others. Implemented together with legal measures, these commissions have become important mechanisms in the attempt to establish accountability for human rights violations, in the form of restorative justice.

In 2012, Brazil set up a National Truth Commission that focused on the periods of dictatorship between 1946 and the proclamation of the Federal Constitution of 1988. However, Federal Law No. 6,683 of 1979, known as the Amnesty Law, has still prevented a comprehensive prosecution of government agents, particularly military personnel, for human rights violations, namely murders, forced disappearances, torture and sexual violence, among others, committed during the dictatorial regime in Brazil.

As a result, the IAHR Court (Inter-American Court of Human Rights) found Brazil guilty in 2018 for the murder of the journalist Vladimir Herzog and other people during the military dictatorship. The Court was explicit in its ruling that, as these were crimes against humanity, the Brazilian State could not apply the Amnesty Law to excuse the perpetrators. The extensive use of the Amnesty Law has also been challenged in the Supreme Court, in ADPF Case No. 153 and ADPF Case No. 320. In the latter case, Conectas is participating as an amicus curiae.

Crimes of May: impunity is one example of a violation of the right to truth

The episode known as the Crimes of May, in 2006, when death squads and security agents committed murders and other violations on the outskirts of São Paulo, is an example of how Brazil does not respect the right to truth. Nearly 16 years after those dark events, the State has not held the culprits accountable, nor has it guaranteed the right to remedy and preservation of the memory of the victims and their families.

“Even if society tries to make us forget, forbids us from speaking their names, we continue to shout that our children have a mother and memory is what drives these women to survive a little longer. The true story of Brazil is one of erasing memory and of hiding the truth. This story needs to be retold,” said Débora Maria da Silva, founder and coordinator of the Mothers of May Movement, an organization created to fight for justice and for the memory of the victims of these crimes.